Right To Be Forgotten: Roadies Winner Ashutosh Kaushik Moves Delhi High Court Seeking Removal Of Articles On His Past Altercations From Internet 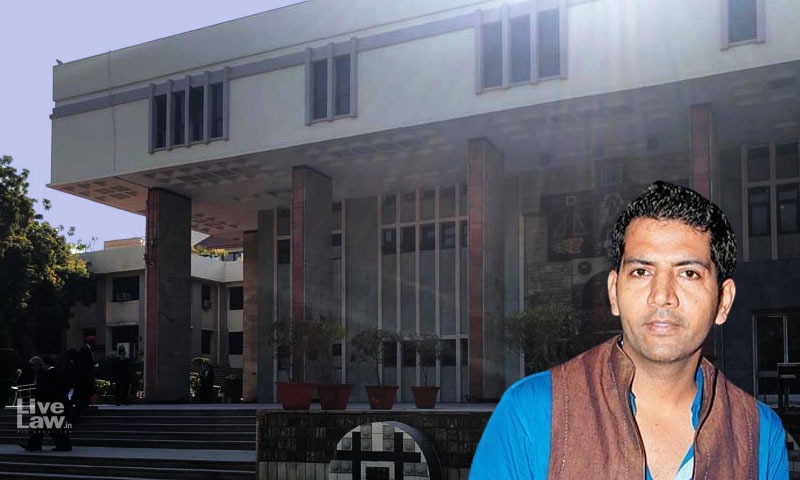 Ashutosh Kaushik, winner of Roadies 5.0 and Bigg Boss (2008), has approached the Delhi High Court seeking directions to remove all the posts, videos, articles, etc. from the internet, allegedly sensationalizing his past life at the strength of a 2009 drunken driving case and altercation at a Mumbai cafe in 2013. The plea claims that the 'Right To Be Forgotten' is an intrinsic part of the right...

Ashutosh Kaushik, winner of Roadies 5.0 and Bigg Boss (2008), has approached the Delhi High Court seeking directions to remove all the posts, videos, articles, etc. from the internet, allegedly sensationalizing his past life at the strength of a 2009 drunken driving case and altercation at a Mumbai cafe in 2013. The plea claims that the 'Right To Be Forgotten' is an intrinsic part of the right to privacy.

"This is something you may be right about. Your past should not come out. But we will have to see how far the right can be spread…we have to see larger ramifications."

Senior Advocate Arvind Nigam accepted notice for Google Inc. He briefly argued that right to be forgotten is not yet a law.

On the other hand, Advocate Amit George, who led arguments for the Petitioner, heavily relied on a recent decision of Justice Pratibha Singh of the Delhi High Court, granting interim protection to an American Citizen of Indian origin by directing Indian Kanoon to block the judgement of his acquittal under NDPS Act from being accessed by using search engines such as Google/Yahoo etc.

George also highlighted that in the right to privacy judgment, Justice Kaul has made an elaborate discussion on the right to be forgotten.

The matter is fixed for hearing on August 20.

The plea filed through Advocates Akshat Bajpai, Ishanee Sharma, Shreya Gupta, states that despite having attained outstanding success in the silver screen industry, the Petitioner continues to suffer utmost psychological pain for his diminutive acts, which were erroneously committed a decade ago due to their perpetual publication on the internet.

Claiming that he has a Right To Be Forgotten, the plea states,

"That the Right to be Forgotten reflects the claim of an individual to have certain data deleted so that third persons can no longer trace them. The right enables a person to silence the past events of his life that are no longer occurring. Thus, the right to be Forgotten entitles individuals to have information, videos or photographs about themselves deleted from certain internet records so that search engines cannot find them."

He thus seeks that every irrelevant information causing mental harassment and trauma to him should be removed from all the public domains and social media platforms.

The petition emphasizes on the global recognition of the Right To Be Forgotten, citing laws and cases from several jurisdictions. He also brings attention to the principles laid down in Kharak Singh v. State of Uttar Pradesh (1974) that laid foundations to stem the right to privacy from Article 21. He further makes a note of several recent decisions where the right to be forgotten has been upheld.

Finally, he urges that the coming of information communication technologies have allowed both government and private entities to significantly interfere with an individual's right to privacy by enabling them to track and record all activities online. The "Right To Be Forgotten" thus empowers people to regain control over their digital lives, states the plea.

It notes that while the personal information made public is of limited intrinsic value, its accessibility could have disastrous consequences on people's lives. Such information may thwart their employment prospects, hamper their ability to obtain the credit they need, or simply prevent them from living their lives with dignity. The petition states,

"People should not be indefinitely reminded of their past mistakes. Even when information is lawfully in the public domain or originally shared by the individual with his or her consent, people have a right to make mistakes without being haunted by them indefinitely. This is already recognized by the law in relation to spent convictions; the same should be true in the digital environment. Failure to recognize the "right to be forgotten" allows a distorted view of individuals to be presented by search engines which list links to juvenile or other errors in top search results for a person's name."

It brings to the attention of the Court that several jurisdictions recognize the right of reply or right of correction against false information published or aired in media. However, it proposes acknowledgment of the 'Right To Be Forgotten' as the next best option for lack of technological feasibility.