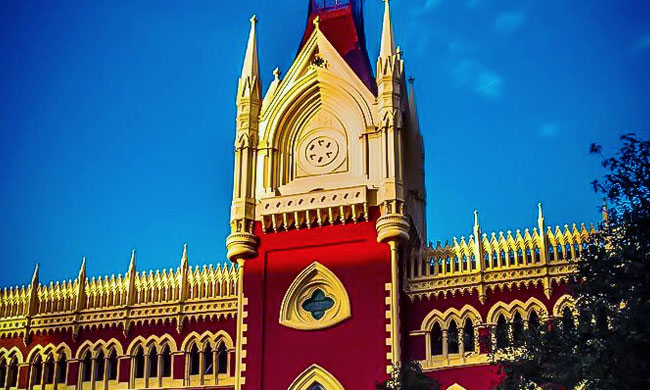 The Calcutta High Court on Friday upheld an order of conviction for possession of counterfeit Forged Indian Currency Notes (FICN) and remarked that the same would amount to trafficking FICN. "the possession of such large quantity of FICN in concealed manner is not dormant possession but active transportation amounting to trafficking. It amounts to commission of offences punishable...

The Calcutta High Court on Friday upheld an order of conviction for possession of counterfeit Forged Indian Currency Notes (FICN) and remarked that the same would amount to trafficking FICN.

The Appellants namely Jubeda Chitrakar and Sunil Pramanik had contested the Trial Court's order of conviction, stating that even assuming that the legal evidence on record inculpated them, it could be only to the extent of the charge against them under Section 489C and not under Section 489B of the IPC.

While Section 489C of IPC stipulates punishment for "possession" of forged or counterfeit currency notes, Section 489B punishes its "use" as genuine.

The Appellants had been raided and apprehended by the police, with large quantities of FICN. It was argued that mere possession of any forged or counterfeit currency note by itself could not amount to the activities which fall under Section 489B of the IPC.

While noting that the material evidence on record in the form of depositions regarding the raid, search and seizure and the documentary evidence as well as the recovered articles were proved through cogent evidence, the court examined whether or not a case under Section 489B was made out against the Appellants.

It was observed that the activities which would amount to an offence punishable under Section 489B of the IPC was firstly, selling, buying or receiving. However, the phrase "or otherwise traffics in or uses as genuine" used in the provision warranted a broader interpretation.

The Appellants argued on the basis of the decision of the Apex Court in Parakh Foods Limited v. State of Andhra Pradesh & Anr., (2008) 4 SCC 584, that the term "traffics" was to be read ejusdem generis with the phrases "sells to", "buys" and "receives from any other person" and that the junction of another person was necessary to accomplish such acts.

Disapproving of such interpretation, the court said that the use of word "otherwise" indicated the opposite of something already stated, i.e., opposite of buy, sell, receive. It observed that the interpretation offered by ejusdem generis would not be applicable in such a case and thus, possession coupled with concealment, as in the present case, would be taken into its sweep.

"The word "otherwise" is used to indicate the opposite of, or contrast to, something already stated when used as part of a phrase as "or otherwise"…The activity or activities which would amount to "sells to", "buys" or "receives from" any other person, may require the participation of two persons to complete any such transaction. However, any activity which would fall within the phrase "otherwise traffics in" does not indispensably require active participation of more than one person if noticeably sizable quantity of FICN is found to be in the possession of that person and such concealed possession cannot be treated as dormant possession. It is active transportation which amounts to trafficking," it held.

The court went on to explain that any other mode of interpreting the phrase "or otherwise traffics" would dilute the "rigour of law". It said,

"A strict and literal interpretation of the penal provision contained in Section 489B of the IPC does not lead us to any other conclusion. Thus, the phrase "or otherwise traffics" in Section 489B of the IPC would take within its sweep, the action of dealing or trading in forged counterfeit currency note or bank note even otherwise than by selling, buying (purchase) or receiving. Therefore, the word "traffics" and the phrase "or otherwise traffics in" in Section 489B of the IPC are not to be read ejusdem generis with the words "sells", "buys" or "receives"; but ought to be read to understand that activities other than selling, buying or receiving would also fall into the basket of the incriminating factors which constitute the ingredients of the acts and omissions which is an offence as per that Section."

The court also noted that no explanation had been offered by the Appellants when questioned under Section 313 of CrPC regarding the possession of the counterfeit currency. Thus, it was held that they had not discharged the burden of proof of facts within the knowledge in terms of Section 106 of the Evidence Act, which added to their culpability.

Lastly refusing to interfere in the matter of sentencing, the court remarked that awarding lesser sentence often had the effect of encouraging criminals, which eventually harmed the society.

"It is the solemn duty of the court to strike a proper balance while awarding sentence because awarding lesser sentence encourages any criminal and, as a result of the same, the society suffers. Imposition of sentence must be commensurate with the gravity of the offence. The court must keep in view rights and needs of the society at large while considering the imposition of appropriate punishment," it said while dismissing the appeal.