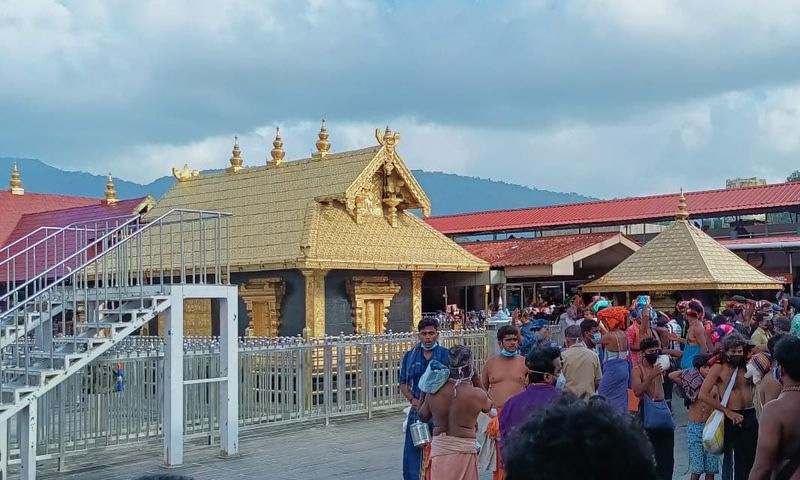 The Kerala High Court on Wednesday questioned the petitioner organisation that had challenged the alleged use of halal-certified jaggery at the Sabarimala temple if it fully understood the concept of halal. A Division Bench comprising Justices Anil K. Narendran and PG Ajithkumar was hearing a petition filed by a Hindu body alleging that spoiled halal-certified jaggery was being used...

The Kerala High Court on Wednesday questioned the petitioner organisation that had challenged the alleged use of halal-certified jaggery at the Sabarimala temple if it fully understood the concept of halal.

A Division Bench comprising Justices Anil K. Narendran and PG Ajithkumar was hearing a petition filed by a Hindu body alleging that spoiled halal-certified jaggery was being used to prepare Nivedyam and Prasadam at Sabarimala.

Advocate V. Sajith Kumar appeared for the petitioner today and commenced his arguments with an explanation of the sanctity of nivedyam and prasadam.

However, during the course of the arguments, the Court interrupted and questioned the veracity of the allegations the petitioner had mentioned in his petition.

This is in light of several accusations the plea had levelled against the use of halal-certified products. One of such arguments in the plea reads as such:

"The religious scholars of the Muslim community have been proclaiming publicly that saliva is a necessary ingredient for certifying Halal in the preparation of food materials. The religious scholars took the above view by interpreting holy texts and its valid interpretations. However, different views were also expressed by a section of religious leaders. In view of the recent controversy as regards spitting on food materials to make it Halal and the responses from religious scholars, people at large are highly anxious and obnoxious on the use of Halal certified food materials even for household purposes. It is highly disheartening to see that the food materials prepared following the rituals and religious practices of another religion with its certification are accepted as food material for the preparation of Nivedyam/Prasada in a Hindu temple having its own rituals and customs."

The Court sought an explanation from the petitioner and asked him to elaborate on his understanding of the concept of halal. When the Counsel responded that he had not gone into the depths of the notion, the bench replied that as a petitioner, he was bound to look deep into it.

Then the Bench stated its understanding of the concept:

"Before filing a petition challenging the use of halal products, you should go deep into the concept. The concept of halal only says that certain things are prohibited; all other things are halal. This certification only says that those prohibited materials are not included in a particular product. This is there in other countries like the UK and some Supreme Court decisions speak about it."

Then the Court turned to the question of 'spoiled' jaggery being used at the Temple.

The Travancore Devaswom Board, Sabarimala Special Commissioner as well as the State Food and Safety Department had already filed statements clarifying that the unused jaggery from 2019-2020 had been auctioned off to a firm in Maharashtra for preparation of cattle feed.

Subsequently, the petitioner filed a reply affidavit arguing that the old jaggery is not being used in cattle feed alone, and was distributed for human consumption as well.

To find the truth behind the allegations, the Court directed the petitioner to implead the firms to which the jaggery had been auctioned off and the contractor who now supplies jaggery to the temple.

The Court also noted that not having these firms on the party array was improper, and thereby issued an interim order directing the petitioner to file applications to implead them by tomorrow.

During the previous hearings, the Court had only looked into the possibility of stale jaggery having being used at the temple. However, today it shifted its attention to the petitioner's objection to the use of Halal-certified jaggery.

The Court noted that the assumptions made in the petition seem to have considered all halal certification to be similar to the process of slaughtering in compliance with Islamic dietary laws. It was further observed that an elaborate hearing in the matter was necessary before a decision could be made.

The Bench also suggested that a notice be sent to the firms and contractors through email if possible. The matter will be taken up tomorrow for further consideration.