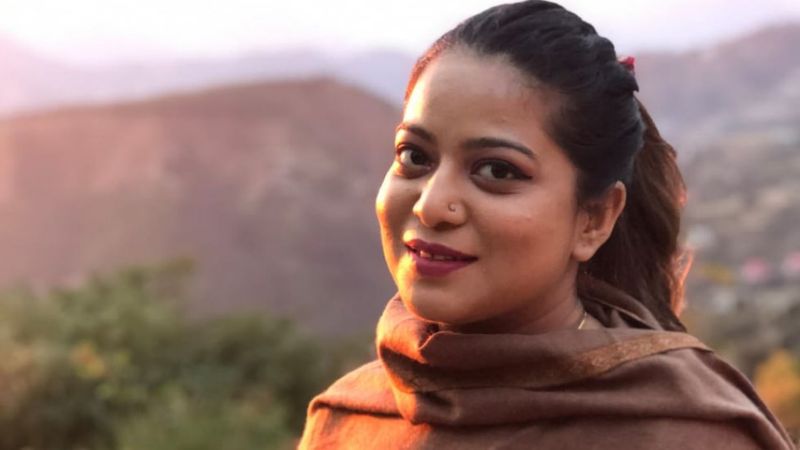 The UN Human Rights Council's Working Group against Arbitrary Detentions (WGAD) has adopted an opinion criticizing the arbitrary arrest and detention of student activist Safoora Zargar during the anti-CAA protests in Delhi in April 2020. The Group has come to a finding that Safoora's detention for alleged involvement in delivering speeches at peaceful protests against...

The UN Human Rights Council's Working Group against Arbitrary Detentions (WGAD) has adopted an opinion criticizing the arbitrary arrest and detention of student activist Safoora Zargar during the anti-CAA protests in Delhi in April 2020.

The Group has come to a finding that Safoora's detention for alleged involvement in delivering speeches at peaceful protests against the Citizenship (Amendment) Act amounts to "deprivation of liberty" and a move to "curb her dissent" by intimidating her.

"Freedoms of opinion and expression and of peaceful assembly are fundamental human rights enshrined in articles 19 and 20 of the Universal Declaration of Human Rights, articles 19 and 21 of the Covenant and article 19 of the Constitution of India. The Government must respect, protect and fulfil the right to hold and express opinions, including those that are not in accordance with its official policy, and to think and manifest personal convictions at odds with its official ideology, under the peremptory jus cogens norms of customary international law."

Safoora, a student of Jamia Milia Islamia University was booked under the Indian Penal Code and the Prevention of Damage to Public Property Act, as well as the Arms Act and the Unlawful Activities (Prevention) Act.

She was arrested at her residence in New Delhi on 10 April 2020 for inciting violence during the anti-CAA protests at the national capital. Allegedly, she was removed from her house by 10 to 12 men and 1 woman, none of them in uniform.

On 13 April 2020, the Metropolitan Magistrate's Court in Karkardooma allowed her bail plea with the observation that given her pregnancy, she needed proper medical care and that most of the offences levelled against her were bailable in nature.

However, on her release that day, she was immediately rearrested under another FIR for conspiracy behind Delhi riots.

She was finally released on bail on June 23, 2020 by the Delhi High Court on humanitarian grounds.

The Working Group noted that the 27-yrs-old activist was arrested in an irregular manner without production of a warrant. She was made to sign blank sheets of paper at the Police Station and was later detained without any legal basis.

The Group noted that there is no suggestion that if not detained, Safoora would flee from prosecution.

"She was detained for an alleged offence for which she is not named, and the complainant in that case is the police. The basis of information on which the police filed the First Investigation Report is mentioned as being secret informers. She was later arrested under another First Investigation Report lodged at a different police station, which allegedly demonstrates misuse of the law by the police to target her."

The Group insisted that given Safoora's medical condition, who was pregnant at the time, there was no necessity for an urgent arrest of the student activist, however serious the charges.

It added that re-arresting her under another FIR after she was granted bail by a Magistrate Court, clearly shows the mala fide intentions of the authorities and Delhi Police to keep her in custody for longer.

With respect to the charges levelled against the student activist, the Working Group said,

"There is no evidence to suggest that Ms. Zargar's criticism of the Government called directly or indirectly for violence or could reasonably be considered to threaten national security, public order, public health or morals, or the rights or reputations of others."

In this backdrop, the Group opined that charges under the provisions of the Prevention of Damage to Public Property Act, the Arms Act and the Unlawful Activities (Prevention) Act, faced by Safoora for peaceful exercise of right to freedoms of opinion, expression and peaceful assembly as a woman human rights defender, cannot be regarded as consistent with the Universal Declaration of Human Rights or the Covenant.

Significantly, the Group had written to the Government of India, seeking its response in the matter. As the Centre failed to furnish a reply before the Group within the stipulated time, the Group proceeded to form its opinion based on the material supplied to it in the form of a complaint lodged by an un-named source.

"If the source has established a prima facie case for breach of international requirements constituting arbitrary detention, the burden of proof should be understood to rest upon the Government if it wishes to refute the allegations (A/HRC/19/57, para. 68). In the present case, the Government has chosen not to challenge the prima facie credible allegations made by the source."

The matter has now been referred to the Special Rapporteur on the promotion and protection of the right to freedom of opinion and expression.

It also opined that the appropriate remedy would be to accord Safoora an enforceable right to compensation and other reparations, in accordance with international law. It has thus urged the Central Government to ensure a full and independent investigation of the circumstances surrounding the arbitrary deprivation of liberty of Safoora and to take appropriate measures against those responsible for the violation of her rights.