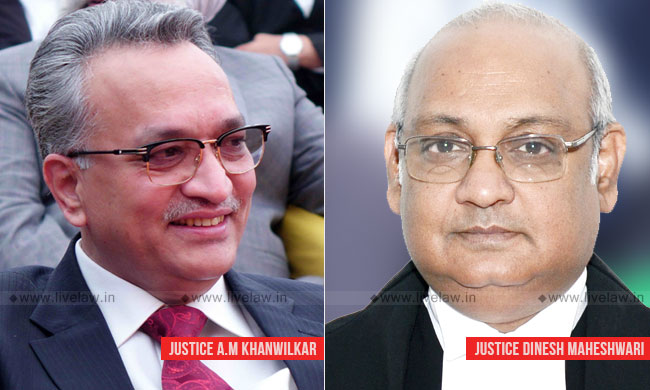 x
"It could not be the handiwork of one person and it would be rather preposterous to assume that the accused hanged the dead body by ceiling fan all by herself."
Your free access to Live Law has expired
To read the article, get a premium account.

Setting aside concurrent convictions by the High Court and Trial Court, the Supreme Court acquitted a woman accused of murder of her husband.

Gargi was accused of murder of her husband Tirloki Nath by strangulation. The prosecution case was that, with the help of her brothers, she allegedly hanged the dead body in one of the rooms in the house, as if it were a case of suicide. The Trial Court accepted this version and had convicted Gargi and her brothers.

The High Court, on appeal filed by them, held that evidence on record were not sufficient to bring home the charge of conspiracy against the brothers and acquitted them but, affirmed the findings against Gargi.

In appeal, the bench comprising Justice AM Khanwilkar and Justice Dinesh Maheshwari upheld the findings that the deceased  was done to death by strangulation and thereafter, his dead body was hanged from the ceiling fan in the room.

But the court opined that this act could not be the handiwork of one person and it would be rather preposterous to assume that the accused hanged the dead body by ceiling fan all by herself.

"In the given circumstances, when the alleged collaborators of the appellant are acquitted, the already existing clouds of doubts on the prosecution story get congealed. The High Court has proceeded with oversimplification of the matter by leaving the missing link as merely a fault of the investigating agency. In our view, as soon as the brothers of the appellant were acquitted, the High Court ought to have examined the consequence of such acquittal that an important link in the prosecution theory was snapped and it was difficult to conclude that the prosecution has established its case against the appellant beyond all reasonable doubts."

The bench then acquitted the accused observing that even if the prosecution has been able to create some suspicion against the accused, it would be unsafe to convict the accused and that she is entitled to the benefit of doubt. It said:

"Thus, as regards the circumstances relied upon by the prosecution, the position obtainable from the material placed on record and the surrounding factors is that (a) the death of deceased Tirloki Nath was homicidal in nature and had not been suicidal though it was sought to be projected as suicide by the culprits by hanging the dead body from a ceiling fan in his room; (b) there is no cogent and convincing evidence on record to come to a definite conclusion that the relations of the deceased and the appellant were strained or that the appellant was indulgent in illicit relations or she was insisting for transfer of property in her name; (c) it is also difficult to come to a definite conclusion that the deceased had expressed imminent danger to his life at the hands of the appellant; and (d) even if the deceased was last seen alive in the company of the appellant, the time gap between such last seen and finding of his dead body had been of about 2 to 3 days."