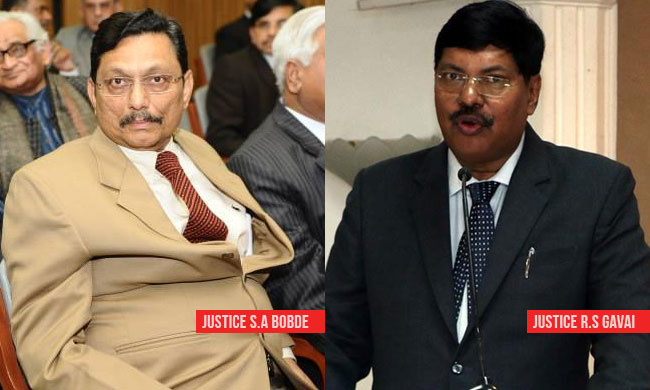 A Bench comprising of Justices SA Bobde and RS Gavai today turned down a public interest litigation today seeking for a writ or order to revise the backward community list f Kerala and to increase the percentage of reservation of Muslim minority community and SC/ST in the public employment in Kerala accordingly. However, the Bench stated that they could approach the...

A Bench comprising of Justices SA Bobde and RS Gavai today turned down a public interest litigation today seeking for a writ or order to revise the backward community list f Kerala and to increase the percentage of reservation of Muslim minority community and SC/ST in the public employment in Kerala accordingly. However, the Bench stated that they could approach the Kerala High Court.

The petition filed by the Minority Indians Planning and Vigilance Commission Trust alleged willful violations committed by the Government of Kerala with regards to representation and reservation of Muslim community, Scheduled Castes and Scheduled Tribes and Other Backward Classes in matters of public employment.

The petition alleged that section 9 of the Kerala State Commission for Backward Classes Act, 1993 which mandated the Commission to examine and inquire requests for the inclusion of any backward classed in lists had not been exercised by the Commission since its creation. It was further alleged that neither the government nor the Kerala State Backward Classes Commission had taken any measures to address the issue of under representation or any periodic revision as mandated by section 11 of such Act. Despite repeated representations by the petitioner since 2006, highlighting the plight of the Muslim community owing to their under representation in public employment, the Commission had not taken any steps.

Petition drawn by Advocate Haris Beeran and filed through Advocate RS Jeena, in pursuance of their arguments, the petitioners provided reference to a number of statistics and studies carried out by organizations showing such plight. A study carried out by Kerala Sasthra Sahithya Parishath was referred to, which showed that Muslim community while accounting for 26.9% of the total population of the State accounted for only 11.4% in government service. Other backward communities were also underrepresented in proportion to their total population whereas…

The petitioners further referred to the report of Justice Narendran Commission, appointed by the State Government of Kerala in 2000 wherein it was observed that while the Ezhava Community have got its share, the Muslim Community and SC/ST community was lagging behind and there is "underrepresentation of more than 7890 posts as on 2000 itself." Reference was also made to the Sachar Committee Report where the deficit in their employment compared to their share in the all India population was shown to be at abysmally low levels.

To strengthen their argument, the petitioners further stated that the periodic revision of lists on quantifiable data has been upheld in M. Nagraj and Others V. Union of India and Others (2006) 8 SCC 212 and again affirmed in Jarnail Singh and Others V. Lachhmi Narain Gupta and Others (2018)10 SCC 396.

Alleging that the actions of the respondents were depriving the communities of their fundamental rights under Article 16(4) read with Article 14 and 21 of the Constitution, the petitioners further alleged that they were in continued contravention of the directives issued in Indira Sawhney V. Union of India (1992 Suppl. (3) SCC 217).

Furthermore, a prayer was also made to raise the percentage of reservation of the Muslim minority and SC/ST as per the revised list along with a plea seeking a declaration that Muslim community is entitled to get all benefits available to SC/ST in accordance with the findings of the Justice Narendran Commission Report.