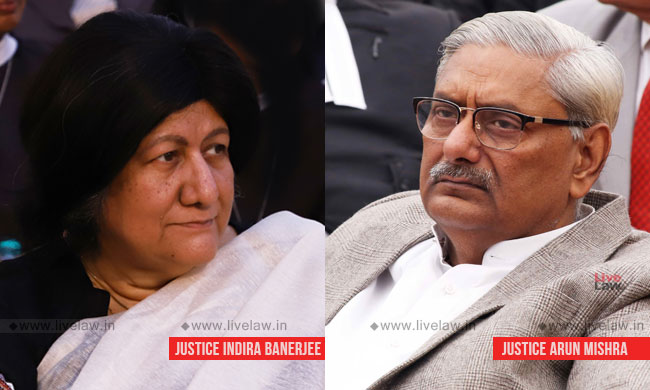 The failure to lodge an FIR complaining of dowry and harassment before the death of the victim is inconsequential, observed the Supreme Court while setting aside the Allahabad High Court order that granted bail to a man who was convicted in a dowry death case.

Sandeep Singh Hora was convicted by the Trial Court for offences under Sections 304B, 498A and 406 of the Indian Penal Code (IPC) and Sections 3 and 4 of the Dowry Prohibition Act, 1961. He was prosecuted under these provisions as his wife died in circumstances which were not natural, within about 8½ months of their marriage.

In appeal before the High Court, he contended that the (i) No FIR in relation to demand for dowry or harassment had been filed before the death of the victim; (ii)he had taken Rs. 2,50,000/- as loan from the brother of the victim and not as dowry and (iii) that the deceased had committed suicide which was evident from the post mortem report. Taking note of these submissions, the High Court passed a short, cryptic, non speaking order granting bail to him by staying execution of sentence.

While allowing the appeal filed by the father of the deceased, the bench comprising Justices Arun Mishra and Indira Banerjee observed thus:

From the evidence of the Prosecution witnesses, it transpires that the Appellant had spent money beyond his financial capacity, at the wedding of the victim and had even gifted an I-10 car. The hapless parents were hoping against hope that there would be an amicable settlement. Even as late as on 17.6.2010 the brother of the victim paid Rs.2,50,000/- to the Respondent No.2. The failure to lodge an FIR complaining of dowry and harassment before the death of the victim, is in our considered view, inconsequential. The parents and other family members of the victim obviously would not want to precipitate a complete breakdown of the marriage by lodging an FIR against the Respondent No.2 and his parents, while the victim was alive.

"Where there is evidence that has been considered by the Trial Court, it is not open to a Court considering application under Section 389 to re-assess and/or re-analyze the same evidence and take a different view, to suspend the execution of the sentence and release the convict on bail.
There should be strong compelling reasons for grant of bail, notwithstanding an order of conviction, by suspension of sentence, and this strong and compelling reason must be recorded in the order granting bail, as mandated in Section 389(1) of the Cr.P.C."

As the discretion under Section 389(1) is to be exercised judicially, the Appellate Court is obliged to consider whether any cogent ground has been disclosed, giving rise to substantial doubts about the validity of the conviction and whether there is likelihood of unreasonable delay in disposal of the appeal

"Once there is material to show that the victim was subjected to cruelty or harassment before death, there is a presumption of dowry death and the onus is on the accused in-laws to show otherwise. At the cost of repetition, it is reiterated that the death in this case took place within 8½ months of marriage. There is apparently evidence of harassment of the victim for dowry even on the day of her death, and there is also evidence of payment of a sum of Rs.2,50,000/- to the Respondent-Accused by the victim's brother, two months before her death."

Setting aside the High Court order, the bench directed the accused to surrender.