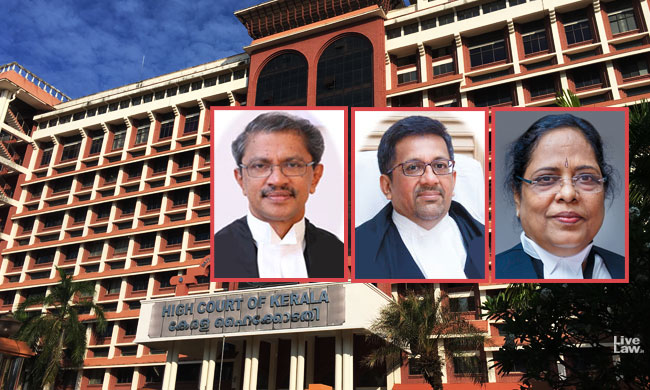 Answering a reference, a Full Bench of the High Court of Kerala has held that an agreement of sale executed by a party to lis during the pendency of suit will be hit by the doctrine of lis pendes under Section 52 of the Transfer of Property Act.

The reference arose when a division bench doubted the correctness of an earlier division bench decision in Wellingdon B and others v D Shyama Prasad and others 2014(3) KHC 560 which had held that such an agreement of sale will not be hit by Section 52, on the reasoning that sale agreement by itself did not create any right, title or interest in the property.

Dealing with the reference, the bench of Justices K Harilal, A Muhamed Mustaque and Annie John, noticed that Section 52 said that suit property cannot be transferred or otherwise dealt with by any of the parties to the suit or proceedings.

The expression "otherwise dealt with" in the second limb of Section 52 will cover agreement of sale, held the three judges' bench. The court said:

Though an agreement of sale does not by itself create any right, title or interest in the property, it creates an obligation which is capable of being enforced by a court of law. Therefore, it has the potential to adversely affect the interests of a party to the suit. The Court observed :

On a combined reading of the aforesaid provisions, we find that a contract for sale of the subject-matter of the suit during the pendency of the suit, would adversely affect the parties to the suit, and others claiming right under them".

The Court endorsed the view expressed by the view expressed in Kubra Bibi v Khudaija Bibi AIR 1917 Oudh 193 that creation of a contract capable of specific performance, though not an alienation by itself, is a mode of dealing with property, pregnant with the mischief, which Section 52 seeks to obviate. The Court also held the decision in Wellingdon B to be not good law.