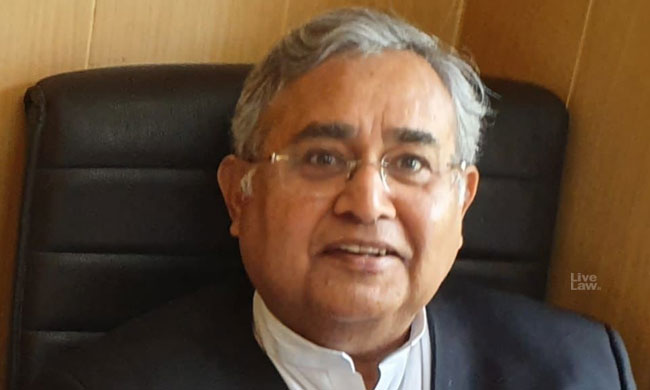 Senior Advocate and former Additional Solicitor General Amarendra Sharan, 69, passed away on Monday morning at Rishikesh due to a heart attack.

Having done LLB from Patna University in Bihar, he enrolled with the Bihar State Bar Council in 1975 and started practice in Patna High Court.

He later shifted to Delhi, on becoming an Advocate on Record in 1981 and was designated as Senior Advocate in 2000.

From 2004 to 2009, he was the Additional Solicitor General representing the Central Government in Supreme Court. As the ASG, he defended successfully defended the 2005 Constitution amendment for SC/ST/OBC reservation in higher educational institutions.

Senior Advocate KTS Tulsi said "I am terribly sorry to learn about the passing away of Amrender Saran, a very dear friend. Just the other day we went to Nainital together. He even walked up with us from Hotel to the Court. I have lost a genuine friend."

Amarendra Sharan has represented the CBI in sensational cases such as 2G scam, coal allocation scam etc. He was also a member of the Marshelkar Committee which suggested reforms in law relating to drugs.

In 2008, he was presented with the prestigious award for "Outstanding Contribution for the development of Scientific Jurisprudence" on the National Law Day by the then Prime Minister Dr. Manmohan Singh.

He was appointed as amicus curiae by the Supreme Court in the case for fresh probe into the assassination of Mahatma Gandhi. The petition was later dismissed by the Court last March.

He is survived by his wife Madhu Sharan, also an advocate,  daughters Amrita Srivastava and Apoorva Sharan and son Amartya Sharan.

Amrita Srivastava is a solicitor in the USA. Apoorva Sharan has done Masters in Biotechnology from John Hopkins University(USA) and is a scientist with the Public Health Foundation of India. Amartya Sharan has completed LLB from Jindal Global Law School last year and is doing LLM in New York University.