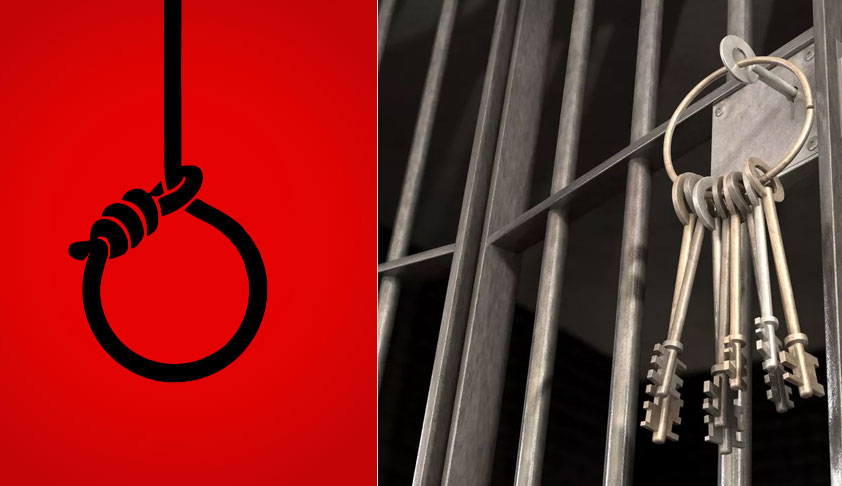 The Karnataka High Court has held that a Sessions Court can only award either life imprisonment or death sentence in a murder case, and has no power to inflict any punishment in between these two punishments.

The Division bench comprising Justice K.N. Phaneendra and Justice K. Natarajan was considering a criminal appeal against a Trial Court judgment in which the accused were sentenced to undergo imprisonment for with a direction that they should not be released from the prison for the rest of their life.

The court noticed that, to award this extended punishment, the trial Court relied on the judgment in Swamy Shraddhananda @ Murali Vs. State of Karnataka, wherein the death sentence was remitted to the life and therefore, it was observed that once the death sentence has been commuted to life imprisonment, the sentence has to be served by the person for the rest of his entire life. In this regard, the bench said:

"Though in Swamy Shraddhananda's case, the Hon'ble Apex court has not in detail considered the above said aspect, but it never said that such powers can be exercised by the Sessions court also, but indirectly in the said case also, it is the constitutional power exercised under Article 142 of the Constitution of India in order to do the complete justice. Therefore, it cannot be understood that some powers are also available to the learned Sessions Judge."

Disapproving the view taken by the Trial court, the court said that such powers are vested only with the High court and the Supreme Court as they are the constitutional courts of India. It said:

"It is crystal clear that the power which is vested with the President of India, His Excellency Governor of the State and also the appropriate Governments under Article 72, 161 of the Constitution of India and as well as u/s. 432, 433, 433A, 434 and 435 of the CrPC., cannot be in any manner restricted or curtailed to by the Sessions Judges, but they are only empowered to inflict the punishment recognized under IPC i.e., u/s.302 of IPC, i.e., the life imprisonment or the death sentence, except those two penalties, learned Sessions Judges have no power to inflict any punishment in between the above said two punishments. It is only the powers vested with the High court and the Supreme Court which derive the powers from the Constitution as these courts are the constitutional courts of India. Therefore, the trial court has committed a legal error in imposing punishment with such direction to the Government as noted above."

The bench then set aside the direction issued by the Trial Court not to release the accused persons from the prison for the rest of their life.