Sex On Promise Of Marriage: Subsequent Marriage With Victim Shortly After The Occurrence Shows Accused's Promise Was Not Fraudulent:Kerala HC [Read Order] 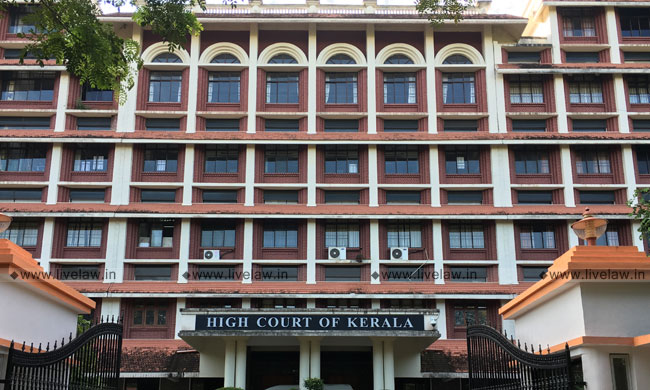 x
"Continuation of the prosecution will cause embarrassment to the couple and it would create discords in their happy matrimonial life."
Your free access to Live Law has expired
To read the article, get a premium account.

The Kerala High Court has recently held that If the accused has not made the promise with the sole intention to seduce the prosecutrix to indulge in sexual acts, such an act would not amount to rape.

Both of them approached the High Court and submitted that they are now living together and leading a happy married life. They urged the Court to quash the criminal proceedings.

The High Court has considered the question whether the consent was given by the victim on false promise of marriage by accused.

Section 90 of the Indian Penal Code states that a consent is not such a consent as is intended by any section of the Penal Code, if the consent is given by a person under fear of injury, or under a misconception of fact, and if the person doing the act knows, or has reason to believe, that the consent was given in consequence of such fear or misconception

Explaining the concept of consent Justice R. Narayana Pisharadi observed that if consent is given by the complainant under misconception of fact, it is vitiated. Consent for the purpose of Section 375 I.P.C requires voluntary participation not only after the exercise of intelligence based on the knowledge of the significance and moral quality of the act, but also after having fully exercised the choice between resistance and assent.

The court must, in each case, consider the evidence before it and the surrounding circumstances, before reaching a conclusion, because each case has its own peculiar facts which may have a bearing on the question whether the consent was voluntary, or was given under a misconception of fact.

The court, in such cases, must very carefully examine whether the accused had actually wanted to marry the victim or had mala fide motives and had made a false promise of marriage only to satisfy his lust. If the accused has not made the promise with the sole intention to seduce the prosecutrix to indulge in sexual acts, such an act would not amount to rape.

The Court held that in the instant case the circumstances of the case would show that the first respondent had given consent for sexual intercourse on the promise made by the petitioner that he would marry her. In fact, she has given statement to the police to that effect. The petitioner had no fraudulent intention in making the promise that he would marry the first respondent.

The promise made by him to marry the prosecutrix was not a false promise made only with the intention to satisfy his lust. This is evident from the fact that he married the victim lady within a short period after the incident. It is a marriage solemnized under the Special Marriage Act, 1954 and not merely a registration of marriage under Section 15 of that Act. In such circumstances, it has to be found that what occurred was only acknowledged consensual physical relationship between the parties.

Compromise between the parties

The Court took note of the Supreme Court judgment in Madanlal  case and observed that the said judgment 'holds in categorical terms' that compromise or settlement between the accused and the victim in a case of rape has no legal sanction and under no circumstances, conception of compromise can be thought of in a case of rape.

However, the judge considered whether, in this case, the marriage between the accused and the victim can be considered as a sufficient ground to quash the prosecution proceedings against the accused? The court observed:

"In a case where the allegation is that the accused had sexual intercourse with a woman by obtaining her consent for such act by making a promise to marry her and when he subsequently marries her, it does not constitute a compromise or settlement between the accused and the victim. It really means fulfilment of the promise made by the accused to the prosecutrix. It is a fact which can be taken into consideration by the court to exercise the discretion to invoke the power under Section 482 of the Code"

While quashing the criminal proceedings against the accused, the court said

"Continuation of the prosecution will cause embarrassment to the couple and it would create discords in their happy matrimonial life. Even if the prosecution against the petitioner is continued, prospects of an ultimate conviction are remote and bleak."