S. 321 CrPC | Public Prosecutor Has To Show How Public Interest Will Be Served By Withdrawing Prosecution: Sikkim High Court 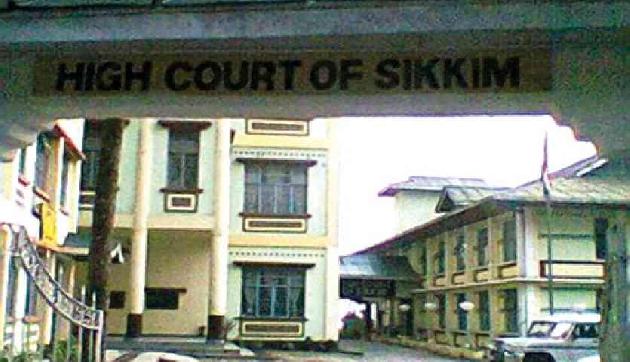 The Sikkim High Court has recently held that the Public Prosecutor, who seeks to withdraw prosecution under Section 321 of the Code of Criminal Procedure, 1973 ('Cr.P.C.') has to show how the public interest will be served by withdrawing prosecution. The Court should be cautious while allowing such applications, if it is only for affecting the proper administration of justice and has no public interest involved.

While dismissing the revision petition against the order of the Trial Court, a Single Bench of Justice Meenakshi Madan Rai held,

"The provisions of Section 321 of the Cr.P.C clothes the Court with wide discretion, which goes without saying, has to be exercised judiciously. The Prosecutor in-charge of the case may file an application under Section 321 of the Cr.P.C seeking withdrawal from Prosecution but such an application requires the consent of the Court, which, while exercising judicial discretion must be satisfied that the withdrawal is primarily for the broad ends of public interest, in the interest of administration of justice and satisfies the judicial conscience."

On 02-06-2009, a Current Account was opened by the Sikkim Scheduled Castes, Scheduled Tribe and Other Backward Classes Development Corporation Limited (SABCCO) in the Canara Bank wherein an amount of Rs.31,78,658/- was deposited. Within the period spanning from 03-06-2009 to 14-12-2009, 10 (ten) numbers of cheques were issued, signed by both the petitioners, employees of the SABCCO, the petitioner no. 1 being the Deputy General Manager (Finance & Accounts) of SABCCO and petitioner no. 2 being the Managing Director of SABCCO, withdrawing a total amount of Rs.31,78,658/- from the said account.

Mr. N. Rai, Senior Advocate appearing for the petitioners, urged that the Trial Court in the impugned Order has considered the merits of the case while rejecting the petition under Section 321 of the Cr.P.C instead of only examining whether the Public Prosecutor had applied his independent mind while filing the petition seeking withdrawal. He argued that the merits of the matter cannot be considered by the Court in a petition seeking withdrawal from prosecution and the Trial Court erred in applying the law laid down by the Supreme Court on this aspect. To substantiate his submissions on this count, support was drawn from the ratio in Name Dasrath v. State of Andhra Pradesh.

He further pointed out that there are no ingredients to prima facie make out a case against the petitioner under the Sections that the charge-sheet has been filed under for which reliance was placed on N. Raghavender v. State of Andhra Pradesh, CBI.

In the next leg of his argument, he submitted that there was no sanction to prosecute the petitioners as required under the provisions of Section 19 of Prevention of Corruption Act, 1988 ("PC Act") and Section 197 of the Cr.P.C. Before launching prosecution against the petitioners, who were public servants and were alleged to have committed the offence in the discharge of their official duty, there ought to have been proper sanction, he added. Hence, on this ground itself, he vehemently contended, the prosecution case has no legs to stand. To augment his submissions, he placed reliance on D. Devaraja v. Owais Sabeer Hussain and State of Maharashtra v. Dr. Budhikota Subbarao.

Submissions of the Respondent:

Dr. Doma T. Bhutia, the Public Prosecutor for the State-Respondent, advancing her arguments supported the stand of the Senior Counsel for the petitioners and sought to convince the Court that in the impugned order all that the Trial Court could have considered was whether there was proper application of mind by the Public Prosecutor when the petition under 321 of the Cr.P.C was filed and whether there was public interest in filing of such petition. However, the Trial Court went beyond the call of duty in holding that prima facie materials existed in the records against the petitioners. Hence, she urged the order to be set aside and the petition to be allowed.

The Court deemed it unnecessary to consider the arguments advanced by the Senior Counsel for the petitioners pertaining to Section 19 of the PC Act, 1988 and Section 197 of the Cr.P.C, as also the argument that the ingredients of the offences which the petitioners are charged with would remain unfulfilled, as, that would have been delving into the merits of the case, which is not what the Court was required to consider while taking up a petition under Section 321 of the Cr.P.C. It observed,

"In fact, it may be pointed out that the Learned Senior Counsel had urged that the Learned Trial Court had examined the merits of the case in its Order which was not envisaged in a Petition under Section 321 of the Cr.P.C while at the same time taking a stand before this Court not only with regard to lack of sanction to launch Prosecution against the Petitioners by also that the ingredients of the offences, they are charged with would go unfulfilled."

It held that the Court while granting or declining such a petition has to consider whether the Public Prosecutor has applied his mind to all the relevant materials and in good faith was satisfied that public interest would be served by his withdrawal from the Prosecution.

The Public Prosecutor on filing the petition has to satisfy the Court that he has exercised his function correctly and it is not an attempt to interfere with the normal course of justice. Accordingly, the Court concluded that on consideration of the application filed by the Public Prosecutor, there are no reasons given as to how public interest or the interest of the administration of justice would be served by withdrawal of the case where a charge-sheet has been filed by the prosecution under Sections 120B/409/477A of the IPC read with Section 13(1)(c) and 13(2) of the PC Act.

Consequently, the revision petition was dismissed.