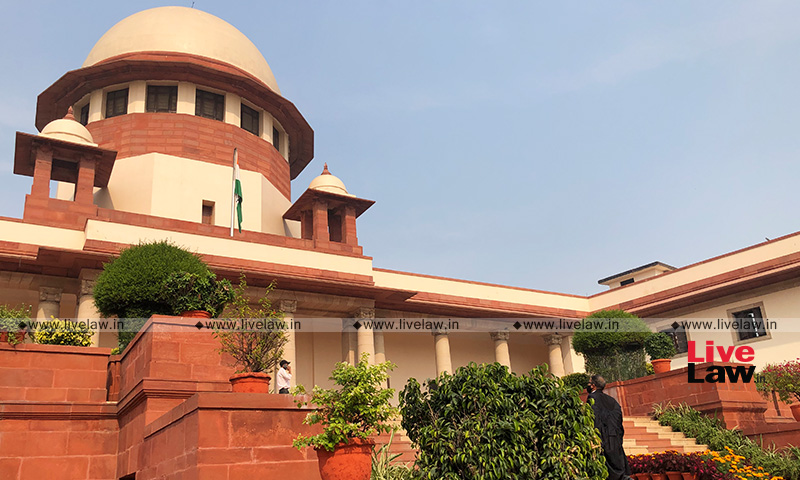 The Supreme Court on Friday (November 12, 2021) rapped the State of Madhya Pradesh for its callous way to implement the orders passed by the Top Court. The Top Court on October 21, 2021 had issued notice in the Special Leave Petitions assailing Madhya Pradesh High Court of quashing FIR registered against the accused ("Sonali Ajmera") u/s 420, 467, 468, 472 and 120-B of IPC.The bench had...

The Supreme Court on Friday (November 12, 2021) rapped the State of Madhya Pradesh for its callous way to implement the orders passed by the Top Court.

When the matter came up for hearing before the bench of Chief Justice NV Ramana, Justice Surya Kant and Justice Hima Kohli, the court found that no progress had taken place in terms of order dated October 21, 2021.

The Deputy General for the State of MP had submitted that in compliance with the Top Court's order, it had issued notice to all the concerned but only some of them received the notice and others didn't as a result of which the proposal could not be prepared.

Noting that the above attitude on State's part reflected callous way they treated the orders passed by this court, the bench said that any negligence on the State's part in implementing the Court's order would compel it to seek presence of State's Chief Secretary.

Giving last opportunity, the Top Court fixed the responsibility on the State to organize a meeting with all the stakeholders, who were involved in the entire issues, as early as possible and further try to arrive at a compromise, settle the disputes and submit a proposal before this Court after 10 days' from the date of order.

"We direct the accused persons viz. Real Estate Developers, Property Dealers, Present and Former Directors of the Real Estate Companies etc. to cooperate with the State Government in settling the matters. The State would be at liberty to take all necessary actions and interact with those accused persons who are presently in custody," Top Court in its order also noted while adjourning the matter for November 26, 2021.

FIR was registered against the petitioner ("Sonali Ajmera") and 13 other named persons and some other unnamed persons concerning offence(s) under Section(s) 420, 467, 468, 472 and 120-B of IPC by Usha Jain who was not handed over the possession of a plot despite paying entire consideration.

In the FIR the complainant had submitted that when she went to the spot to find out the location , it was revealed that no such plot exists on the spot. She further complained that the directors of the Phoenix Devcons Pvt. Ltd. Indore, Ritesh Ajmera, Chiraj Shah, and their authorised agent Jitendra Pawar are responsible for this cheating and forgery. During the course of investigation, it was revealed that not only complainant-Usha Jain, but certain other persons have also been cheated in the manner that plots of land were sold to them despite the plots were not available physically on the spot.

The accused(s) had approached the High Court u/s 482 CrPC, 1973 for quashing the FIR registered against them.

The High Court bench of Justice Ved Prakash Sharma while observing that, "The law is well settled that to prosecute the director of the company, specific allegations have to be made that he or she was in charge of the day to day affairs of the company or was in any other manner specifically responsible for the running the affairs of the company," and relying the Top Court's judgement in State of Haryana and others v. Bhajanlal and others, AIR 1992 Supp (1) SCC 335, said that it was a fit case for quashing of F.I.R and all consequent proceedings thereto qua the petitioner.

"It can well be said that even if all the allegations made in the charge-sheet, against the petitioner are accepted as such, at their face value, still prima-facie, offences under Sections 420, 467, 468, 471 and 120-B of IPC are not made out against the petitioner, therefore, the proceedings with regard to prosecution of the petitioner will amount to abuse of process of law and will result in failure of justice," High Court had also observed.