Look Out Circular Can Be Issued Against Personal Guarantor In The Interest Of Public Money: Telangana High Court 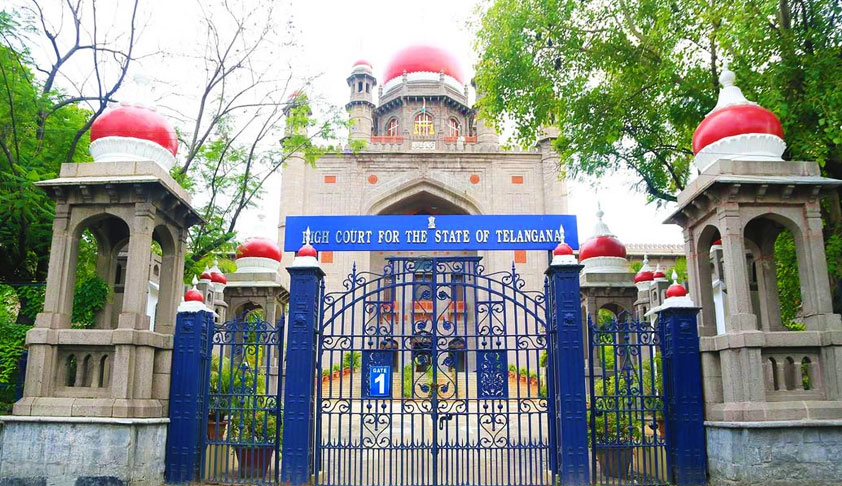 In a recent case, a writ petition filed by a personal guarantor to lift the travel ban was dismissed as huge amount of Rs. 226.02 crores was outstanding to a public sector bank.

"In the present case a public sector bank had made request for issuance of LOC as huge amount of Rs.226.02 Crores was due and the petitioner had given a personal guarantee to the said outstanding amount."

Brief facts of the Case

The Writ Petition was filed by the petitioner for the issue of Writ of Mandamus declaring the action of respondents imposing travel ban on the petitioner as illegal, arbitrary and in violation of Article 21 of the Constitution.

Proceedings were initiated against the company under the provisions of IBC Code. A resolution plan was approved by NCLT, Chennai vide order dated 20.07.2020.

Under the said resolution plan, resolution applicant UV Asset Reconstruction Company Limited and WL Structures Private Limited Consortium had taken over the management of the company.

The petitioner submitted that he booked a ticket to travel to Maldives on 7th October, 2021 with 5 others with a return ticket after 3 days. The Petitioner was holding a valid passport. When he went to Airport for boarding flight, he was stopped by immigration authorities. The other 5 members were allowed to travel.

Apparently, he could not travel since there was a ban of foreign travel imposed on him. No prior notice was issued to the petitioner by any authority informing him about the said ban.

The Petitioner learnt that on the instructions of 7th and 8th respondents, travel ban was imposed on the petitioner. The entire loan amounts were covered under the resolution plan and the resolution applicant had taken over M/s GVR Infra Projects Ltd.

Contentions of both sides

The petitioner contended that he was not connected with the company any more. Furthermore, merely because the petitioner stood as personal guarantor to the company, which loans in fact were covered under the resolution plan approved by the NCLT, a travel ban could not be imposed on the petitioner without any material to show that he would abscond from the jurisdiction of the Court. All the collateral securities offered by the erstwhile Directors had been covered under the resolution plan.

The Standing Counsel for the respondent Nos. 7 and 8 submitted that on the request of GVR Infra Projects Limited, the erstwhile Vijaya Bank which was now merged with Bank of Baroda had sanctioned fund based and non-fund based credit facilities of Rs. 250 crores. The said facilities were secured by the personal guarantees pf promoters of the company including the petitioner. The company defaulted in making payments to the bank and its account was classified as an NPA w.e.f. 28.09.2016. Subsequently, the erstwhile Vijaya Bank had initiated recovery action against the company and its personal guarantors as the liability of borrower and guarantor were co-extensive. The request for Look Out Circular was made to safeguard the public money and the same was not violative of petitioner's fundamental rights.

The respondent bank relied upon the judgment of the High Court of Delhi (Division Bench) in ICICI Bank Limited v. Kapil Puri (2017):

"In the said case, the deed of guarantee, the term of contract stipulated that without the permission of ICICI, the respondents 1 and 2 should not leave India for employment or business or for long stay at abroad and the DRT without taking into consideration, the said terms, had given a blanket order directing the respondents 1 and 2 that whenever they would go out of India, they should inform the Tribunal and seek its permission, hence set aside the same."

Justice G. Radha Rani observed that a huge amount of Rs.226.02 Crores was outstanding to a public sector bank and the petitioner had given a personal guarantee to the said outstanding amount.

The Writ petition was dismissed on the aforementioned grounds.