Theory Of Self-Imposed Restriction Does Not Apply Vis-À-Vis Article 227, As It Does With Article 226 Of The Constitution: Bombay HC [Read Judgment] 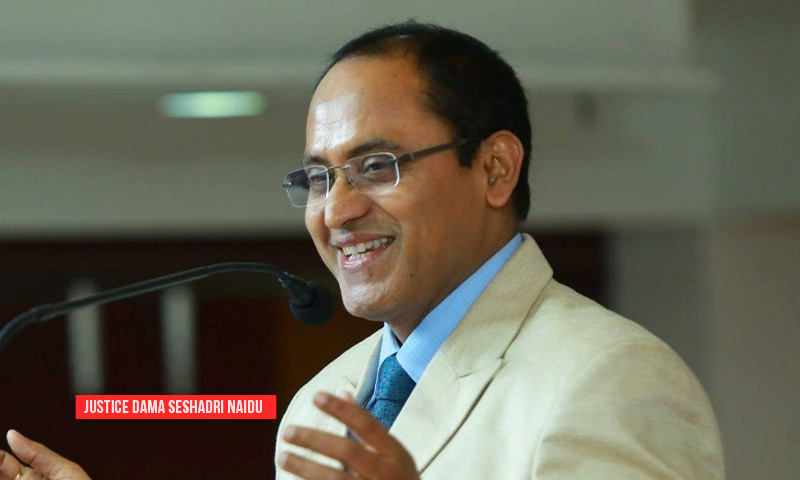 The Bombay High Court recently held that the theory of self-imposed restriction does not apply vis-à-vis Article 227 as it does with Article 226 of the Constitution of India.Justice Dama Seshadri Naidu was hearing a writ petition filed by one Jasraj Oswal, who is actually the defendant in a suit filed by the respondents (plaintiffs) to have the petitioner evicted from their property where...

The Bombay High Court recently held that the theory of self-imposed restriction does not apply vis-à-vis Article 227 as it does with Article 226 of the Constitution of India.

Justice Dama Seshadri Naidu was hearing a writ petition filed by one Jasraj Oswal, who is actually the defendant in a suit filed by the respondents (plaintiffs) to have the petitioner evicted from their property where he lives on rent. In that suit, the petitioner, as the defendant, applied under Order 7 Rule 11 of CPC to have the plaint rejected.

The petitioner maintained that the plaint reveals no cause of action, so it should be dismissed under Order 7 Rule 11 (a) of the Civil Procedure Code. However, the trial Court, through its order dated September 16, 2017, dismissed the application. Aggrieved by the said order, the petitioner filed the present writ petition.

Advocate SR Ronghe appeared on behalf of the defendants and raised a preliminary objection towards the maintainability of the writ petition under Article 227. It ought to have been if ever, filed under Section 115 of CPC, Ronghe argued. He relied upon the judgment of another bench of the High Court in Gajanan v. Mohd. Jamil Mohd. Amad.

Whereas, petitioner's counsel Venkatesh Shastry contended that the petition presents exceptional circumstances as petitioner's application under Order 7 Rule 11 of CPC is a composite one. Therefore, the trial Court framed three issues, had it been an exclusive application Order 7 Rule 11, the petitioner would have had a remedy under Section 115 of CPC, but not under the circumstances this case presents, he argued.

Shastry further submitted that the petitioner only wanted a partial rejection of the plaint; that is, the plaint rejection is confined only to bona fide requirements, the rest remaining untouched. According to him, viewed from any perspective, as it is composite adjudication, invoking the Court's supervisory jurisdiction under Article 227 of the Constitution is the only recourse left.

On the other hand, Amicus Curiae Kaustabh Dubey told the Court that the revision lies before the division bench of the Small Cause Court raising a fresh question about maintainability. To support his contention, he relied upon a decision of the full bench of the Bombay High Court headed by then Chief Justice Mohit Shah in Bhartiben Shah v. Smt. Gracy Thomas.

Interpreting the expression "order" in Section 34(4) of the Rent Act, Bhartiben Shah has classified "orders" into three categories:

In Bhartiben Shah, has noted the legislative anxiety for expeditious hearing and disposal of a suit. According to it, Section 38 indicates that the Legislature has not favoured providing a very wide net of revisable orders, "which the wide language of Section 34(4) may otherwise suggest."

Then, the judgement posed the question- Which rights and liabilities of the parties are to be affected by revisable orders? The answer given was-

(i) rights and liabilities only under the Rent Act;

(ii) rights and liabilities under any law including any statute, general law, and even procedural law;

(iii) rights and liabilities under the Rent Act and any other substantive law, but not under any procedural law.

Most importantly, after referring to a catena of judgements of the Supreme Court, full bench of the High Court in Bhartiben Shah observed-

"For an order to be revisable under section 34(4) of the Maharashtra Rent Control Act, the order must affect the very existence of the suit or the foundation of the party's case and not merely a procedural order, (not affecting the substantive rights of parties), which may ultimately affect the strength or weakness of the case of the aggrieved litigant which is to be finally determined at the trial while passing the decree in the suit or final order in the proceeding."

"We cannot say an application under Order 7, Rule 11 of CPC, even if dismissed, is a mere procedural step. The application decided either way, it substantially affects the parties' rights one way or the other. So, it is eminently revisable. And that revision must be under Section 34 (4) of the Maharashtra Rent Control Act, 1999. 56.

As a result, I hold that the revision is maintainable neither under Article 227 of the Constitution of India nor under Section 115 of the CPC; it is only under Section 34 (4) of the Maharashtra Rent Control Act, 1999."

For want of jurisdiction as held in Bhartiben Shah, Justice Naidu directed the registry to return the writ petition to the petitioner and observed-

"The Court returns the Writ Petition, instead of dismissing it, for the Court does not want to dismiss a case on which it professes to have no jurisdiction. I reckon the theory of self-imposed restriction does not apply vis-à-vis Article 227, as it does with Article 226 of the Constitution of India."