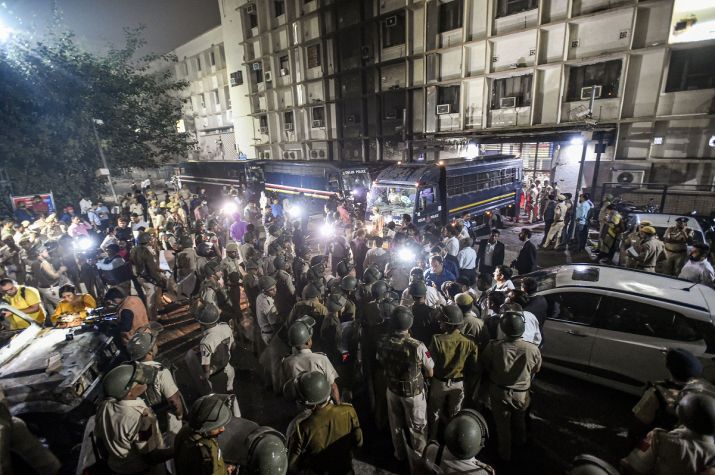 Lawyers, who went on a strike on November 4 after the Tis Hazari Court complex clashes between them and police, called off the agitation on Friday, with a body representing them saying the advocates would resume work on Saturday.

The strike was called by lawyers of all six district courts in the national capital after the violence on November 2 left at least 20 police personnel and several advocates injured.

Lawyers will resume work in the district courts from Saturday, the Coordination Committee of All District Courts Bar Associations (CCADCBA) announced this evening.

In view of the Delhi High Court order granting relief to two police officials on Friday, further course of action will be decided after taking the view of the members of the Bar, the association said.

The high court has directed authorities not to take coercive action against the police officials who were booked in connection with the clashes. It adjourned the matter for December 23.

"In a general meeting held today, the view of the members of the bar were obtained and it has been unanimously suggested that in view of the order of the high court the abstinence of work should not be continued and recalled for the time being, and our agitation in other modes be continued effectively," CCADCBA chairman Mahavir Sharma said.

"The fight for an advocates protection act will continue," the association said.

On Friday, a proxy counsel appeared in courts to take dates in matters and assist litigants.

Thousands of Delhi Police personnel had also laid siege outside the police headquarters for 11 hours on November 5 and staged a virtual revolt sparked by two attacks -- at Tis Hazari on November 2 and at the Saket district court complex on November 4 -- on their colleagues by the lawyers.