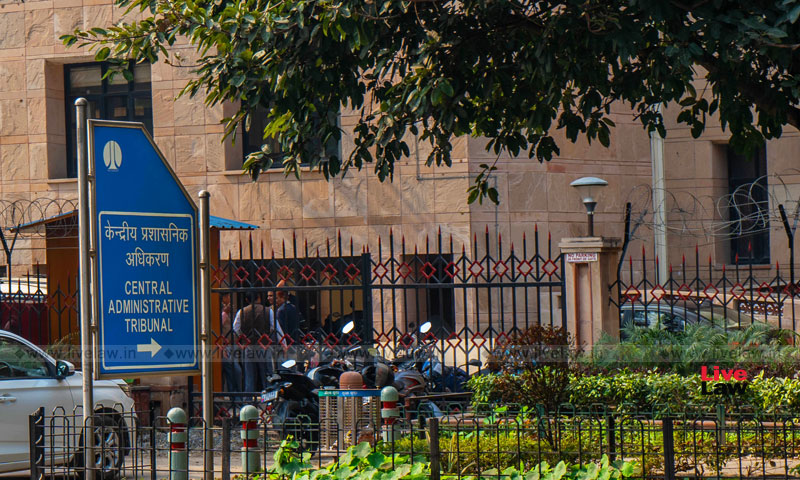 The plea says that the Rules disregard experience in practice of law.

The Kerala High Court had issued notice in a Writ Petition filed by a lawyer challenging the exclusion of lawyers in the selection for the post of Judicial Members in the Central and the State Administrative Tribunals.

The Petitioner alleged that the Rule 3 and 4 of the Tribunal Rules 2020 are completely "unsustainable and unconstitutional".

According to the new rule, for the selection of a judicial member in Central and State Administrative tribunals the essential qualifications are:

a person must be or has been a judge of a High Court, or

the person must have for one year held the post of Secretary to the Government of India in the Department of Legal Affairs or the Legislative Department including Member Secretary, Law Commission of India, or

the person must have for two years held a post of Additional Secretary to the Government of India in the Department of Legal Affairs or Legislative Department, or

However, the 2020 Rules omitted the clause 'qualified to be appointed as a High Court judge', resulting in exclusion of advocates from the zone of consideration.

Disregard to the 'experience in practice of law'

The petitioner alleges that the new rules are completely denying the experience of a lawyer in the field of law and giving "undeserved dominance" to the officers who hold executive posts. As per the petitioner, the qualification and method is prescribed in such a manner "to eliminate persons having legal knowledge and also to provide sinecure for a large number of Secretary level officers to serve upto 65 years in Tribunals exercising judicial functions". Thus the purpose of the Central Administrative Tribunals Act itself is defeated.

The petition points out that, "Instead of Advocates who are having 10 years or more experience for appointment as Judicial Member the same is now reserved for a Government Secretary having one year in the Department of Legal Affairs or Additional Secretary for two years in the Department of Legal Affairs. That apart as per Ext. P1 rules, a Judicial Member or Administrative Member having three years service can be appointed as the Chairman."

Belittling the status of a Judge.

One among major fallacies of the rules, according to the petitioner, is the "irrational and unreasonable" creation of conditions for the appointment of judicial and administrative members. As per the petitioner, the impugned rules are suggesting the condition that :

To become a Judicial Member a person holding the post of Government Secretary for one year in the Department of Legal Affairs is eligible.

This will create an anomalous situation that, a High Court Judge will be legally forced to function as a Judicial Member under the Chairmanship of a Government Secretary who functioned for one year, as alleged by the Petitioner.

The petitioner had sought for the following reliefs :