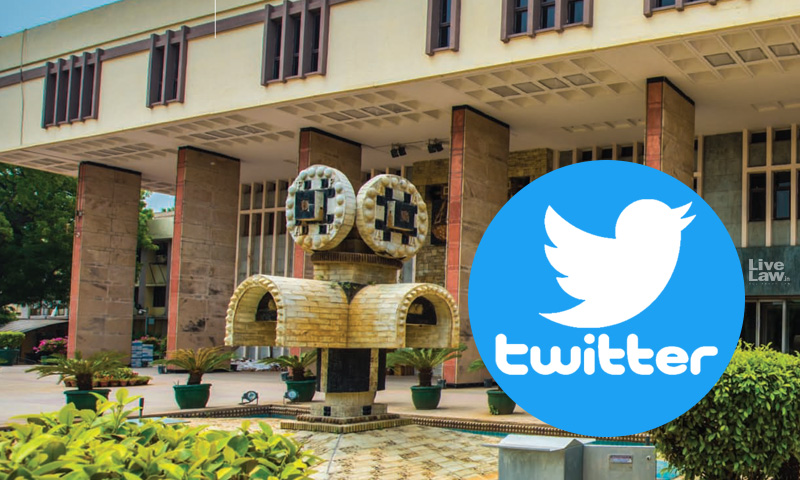 The Central Government has informed the Delhi High Court that Twitter has appointed Chief Compliance Officer, Nodal Contact Person and Resident Grievance Officer in compliance of the IT Rules, 2021.The development comes with the filing of an affidavit by the Centre in the plea against non-compliance by Twitter India and Twitter Inc with the Information Technology (Intermediary Guidelines...

The Central Government has informed the Delhi High Court that Twitter has appointed Chief Compliance Officer, Nodal Contact Person and Resident Grievance Officer in compliance of the IT Rules, 2021.

The development comes with the filing of an affidavit by the Centre in the plea against non-compliance by Twitter India and Twitter Inc with the Information Technology (Intermediary Guidelines and Digital Media Ethics Code) Rules, 2021 (IT Rules, 2021).

Stating that IT Rules are the law of the land which Twitter has to mandatorily comply with, the Centre has submitted thus:

"Twitter has clearly acknowledged that the said personnel Chief Compliance Officer (CCO), Nodal Contact Person (NCO), and Resident Grievance Officer (RGO) are appointed as Twitter's employees and not as 'contingent workers'. Twitter has provided the names of the said appointed personnel and their respective positions."

This comes after the Central Government had last month informed the Court that Twitter "seems" to have appointed permanent officers, in compliance with the IT Rules 2021.

"Prima facie, they have appointed Chief Compliance Officer, Resident Grievance Officer and Nodal Contact Person. As of date, they appear to be in compliance," ASG Chetan Sharma had submitted.

The Centre's affidavit also states that their employment has been into effect from August 4, 2021.

Earlier, Senior Advocate Sajan Poovayya appearing on behalf of Twitter apprised the Court that Twitter has appointed permanent people to the said posts which have taken effect from August 4. The matter is now fixed for hearing on October 5.

Previously, the Court had taken a strong objection of the Affidavits filed on behalf of Twitter stating that it has appointed Chief Compliance Officer and Grievance Officer as 'contingent workers'. Therefore, the Court had granted one last opportunity to it for filing a 'better affidavit' within a week setting out the details of the appointments and also as to why a Nodal Contact Person had not been appointed yet.

Twitter had told the High Court that it will file its first Compliance Report consistent with the 2021 Rules no later than on 11th July 2021, which will be covering the period 26th May 2021 to 25th June 2021. It had further submitted that, while it is striving to comply with the 2021 Rules, it reserves its right to challenge the legality, validity, and vires of the Rules, and Twitter's submissions regarding compliance are filed without prejudice to its right to challenge the Rules.

This was after the Court lashed out on the social media giant, saying that it was not going to give Twitter any protection from consequences of non-compliance, and granted it time to get back on the issue.

Twitter had in May this year told the court that they have already appointed a grievance redressal officer on May 28.

On the other hand, the Ministry of Electronics and Information Technology, (MeITY) Government of India informed the High Court that the Safe Harbour Immunity under the Information Technology Act, 2000 (IT Act) is no longer available to Twitter, as it hasn't "fully" complied with the IT Rules, 2021.

It was also said that in spite of 3 months' time granted to all SSMIs to comply with the IT Rules 2021, Twitter has failed to fully comply with the same, the non-compliance is leading to Twitter "losing its immunity conferred under S.79(1) of the IT Act, 2000.

The plea has been filed by one Amit Acharya, a practicing advocate in the Delhi High Court and the Supreme Court of India, and a user of the platform, stating that Twitter is a "Significant Social Media Intermediary" (SSMI) as laid down under the IT Rules, 2021 and therefore must ensure compliance with the statutory duties imposed upon it by the provisions of these rules.

The petition alleges that according to Rule 4(c) of the aforesaid IT Rules, every SSMI has to appoint a "Resident Grievance Officer", who shall, amongst others, be responsible for the redressal and disposal of complaints made by a user or "victim" on the platform.

The petitioner states that in non-compliance with the Rules, Twitter India and Twitter have failed to appoint any Resident Grievance Officer, Nodal Officer and Chief Compliance Officer.

Therefore, it is stated that Twitter and Twitter India "have deprived him of his statutory right to lodge complaint before the Resident Grievance Officer".

The petitioner thus prayed for the appointment of a Resident Grievance Officer and discharge of all other statutory and executive duties under the IT Rules by Twitter and Twitter India.