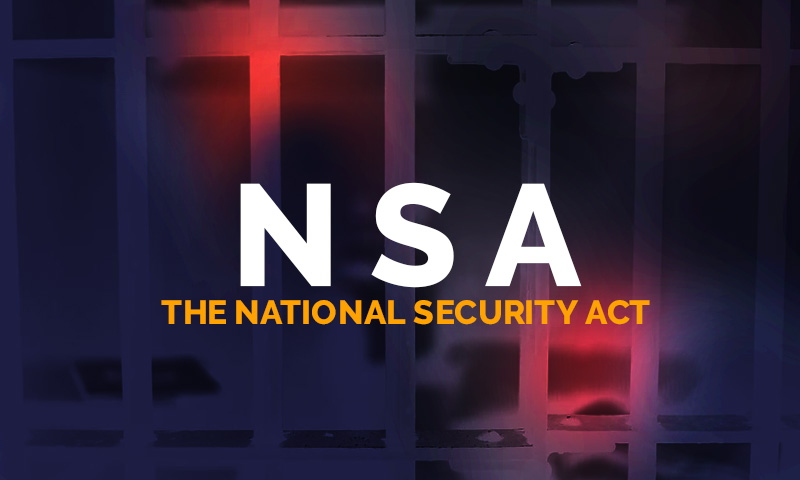 The Madhya Pradesh High Court directed that the person detained to be set at liberty on the ground that the detention orders passed had not been confirmed within the statutory period of 12 days from the passing of the orders as provided in Section 3(4) of National Security Act, 1980 and therefore, the orders of detention were no longer in force.A Division Bench comprising of Justices S. C....

The Madhya Pradesh High Court directed that the person detained to be set at liberty on the ground that the detention orders passed had not been confirmed within the statutory period of 12 days from the passing of the orders as provided in Section 3(4) of National Security Act, 1980 and therefore, the orders of detention were no longer in force.

A Division Bench comprising of Justices S. C. Sharma and Shailendra Shukla while considering four writ petitions, on Wednesday, quashed the detention orders passed by the District Magistrate on ground of total non-application of mind.

The Judges remarked that it is unfortunate that media trial has become very common these days and now the adjudicating authorities are delivering their judgments based upon media trials.

As per the first petition under consideration, Usman Patel had been in jail on account of detention order dated 31.08.2020 passed by District Magistrate, Indore. He had been arrested, informed about the ground of detention and was sent to Indore Central Jail on 31.08.2020.

The Petitioner, while relying on Lahu Shrirang Gatkal Vs. State of Maharashtra and Others (2017) 13 SCC 519 argued that the order of detention does not mention the period i.e. whether it is for six months or for three months and in absence of a mention about the period of detention the order is bad in law.

Thus, the report of the Superintendent of Police reflects that only three cases have been registered against Patel and one of the case is for violating the prohibitory order issued by the District Magistrate under Section 144 of the Code of Criminal Procedure, 1973.

The Court noted that the order passed by the District Magistrate reflects that on account of violation of prohibitory order passed by District Magistrate under Section 144 of the CrPC, Patel has allegedly committed offences under Section 188, 269 and 270 of the IPC and the reaction which was published in various news papers reflects that there is a great protest in the society on account of the procession.

The AAG had submitted that Patel was involved in unlawful / criminal activities since 2005 and on 30.08.2020 while taking out a procession on the eve of Muharram, he collected crowd and the crowd went along with the Taziyas and in those circumstances, as the crowd was collected by the Patel, he created a very dangerous situation to public law and order keeping in view Covid-19 Pandemic.

The Justices remarked that the court really fails to understand as to how merely on the basis of news paper clippings an opinion has been formed by the District Magistrate in absence of any other cogent material.

National Security Act, 1980 provides for confirmation of detention order by the State Government.

The Bench noted that "The reply has been filed today by the State of Madhya Pradesh and today the stand of the State Government is that process of passing the order of confirmation is under process."

The Court,thus, declared that as the order has not been confirmed within "twelve days", it is no longer in force keeping in view Section 3(4) of Act of 1980.

The Court stated that it really fails to understand that if the approval was granted on 08.09.2020, why the approval order has been brought to the notice of this Bench after hearing was concluded that too the order is dated 15.09.2020.

The Bench asserted that as the order is dated 15.09.2020 and the approval was certainly not granted by issuing any order within "twelve days" as required under under Section 3(4) of the Act of 1980.

The Justices also relied upon Icchu Devi Vs. Union of India(1980) 4 SCC 531 wherein the Apex Court has set aside the detention under the COFEPOSA on account of procedure irregularities.

The Bench declared that in the present case, the order of detention has been passed only because the petitioner has participated in a procession on the eve of Muharram and that itself is certainly not a ground for detaining him by passing an order under the National Security Act, 1980.

The Court held that keeping in view the fact that cases of 2005 and 2007 have been taken into account including the fact that there has been a violation of prohibitory order issued under Section 144 of the CrPC, the action of the District Magistrate suffers from vice of non-application of mind and deserves to be quashed.