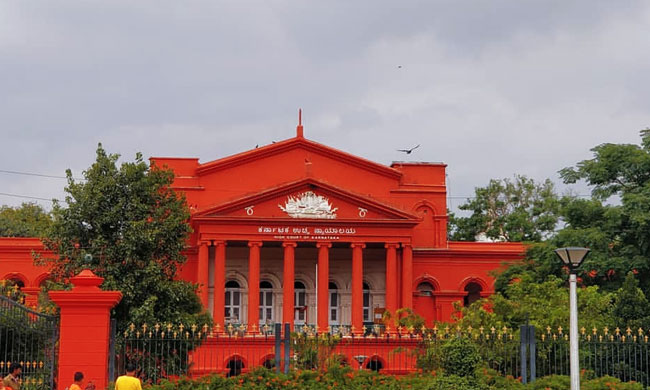 x
The Court held that 'victim' is entitled to be heard in all court proceedings under the Act.
Your free access to Live Law has expired
To read the article, get a premium account.

The Kalaburagi bench of the Karnataka High Court on Tuesday observed that a victim under the SC/ST Atrocities Act includes not only the person who sustains injuries arising out of the crime but also his parents and family members.

"..the definition "victim" as enumerated in the Act is wide enough, which include any individuals who falls within the definition of the SC/ST Act who has suffered or experienced physically, mentally, psychologically, emotionally or monitory harm or suffered harm to his or her property. If a person sustains injuries arising out of crime then, he himself, his parents, family members are also to be considered as victim as per the above definition", the bench observed.

In view of this premise, the single-Judge bench of Justice Hanchate Sanjeevkumar passed the following guidelines:

The directions were made while deciding whether the mother of the victim under the Act, who was also the informant in the case, should have been made a Respondent-party in the bail application moved by the accused.

The Petitioner-accused had contended that the informant (victim's mother) need not be impleaded as a party and it would suffice if an information is given to the victim or his dependents or the first informant about the proceedings pending before the Court in terms of Section 15-A(3) of the SC/ST Act.

Right to opportunity of hearing of the victim

Disagreeing with this submission, the bench observed that Section 15-A(5) of the Act guarantees a right to a victim or dependents to participate in any proceedings.

Section 15A(5) stipulates— A victim or his dependent shall be entitled to be heard at any proceeding under this Act in respect of bail, discharge, release, parole, conviction or sentence of an accused or any connected proceedings or arguments and file written submission on conviction, acquittal or sentencing.

On comparing Section 15-A(3) and Section 15A(5) the bench opined that while the prior assigns a duty to the Special Public Prosecutor to the State on behalf of the victim, but the latter expressly confers right of victims and witnesses to participate in any proceedings.

Who is a victim under the SC/ST Act?

In its order, the High Court has also clarified who is a 'victim' as per Section 2 (ec) of the Act. A victim has been held to include any individual who falls within the definition of the SC/ST Act, who has suffered or experienced physically, mentally, psychologically, emotionally or monitory harm or suffered harm to his or her property.

"If a person sustains injuries arising out of crime then, he himself, his parents, family members are also to be considered as victim as per the above definition. It is not only stipulated a physical harm is to be caused but if there is a harm mentally, psychologically, emotionally or monetarily or if there is any harm in respect of the property then such person is also coming within the definition of the victim," the bench observed.

In the case at hand, the court noted, the informant was the mother of the injured person. Therefore, she was 'definitely' a victim, the court held.

"It is not only the mother alone is becoming the victim but father and other blood relative are also coming within the definition of victim to consider the present case. The first informant is the mother of the minor boy, the minor boy who had sustained injuries due to the assault stated to have been committed by the petitioners and other accused. Therefore, certain rights are conferred to the victim and witnesses under the SC/ST Act," it held.

Entitlement of victims under SC/ST Act to free legal services

Section 15-A(12) of the Act confers right on the atrocity victim or dependents to take assistance from the Non-Government Organizations, Social Workers or Advocates. A similar provision is also entailed under the Legal Services Authorities Act, 1987.

On a conjoint reading of the two, the bench held,

It clarified that there is no distinction in providing legal services at the trial stage and at the appellate stage (See Rajoo alias Ramakant v. State of Madhya Pradesh, (2012) 8 SCC 553).

The case pertained to a deadly attack on a 14-yr-old boy, whose head was allegedly hit by an Axe by the Petitioners-accused. They were also accused of abusing the boy in filthy language, by mentioning the name of his caste.

Considering the gravity of the offence alleged and also the severity of the punishment to be imposed, the Court was of the opinion not to release the petitioners on bail for the reason that "if they are released on bail then there would be of chances of threatening the injured, his parents and also tampering the evidences and also chances of absconding and fleeing away from justice."

It further held that the submission made by the Petitioner-accused that there was no pre-meditation and sharing of common intention between them, could not be elicited at this stage but only during the full- fledged trial.

The court also refused to make any comments on account of delay in registering the FIR and it held,