'We Do Not Seek To Justify Media Trials', Centre Tells Bombay HC In SSR Case 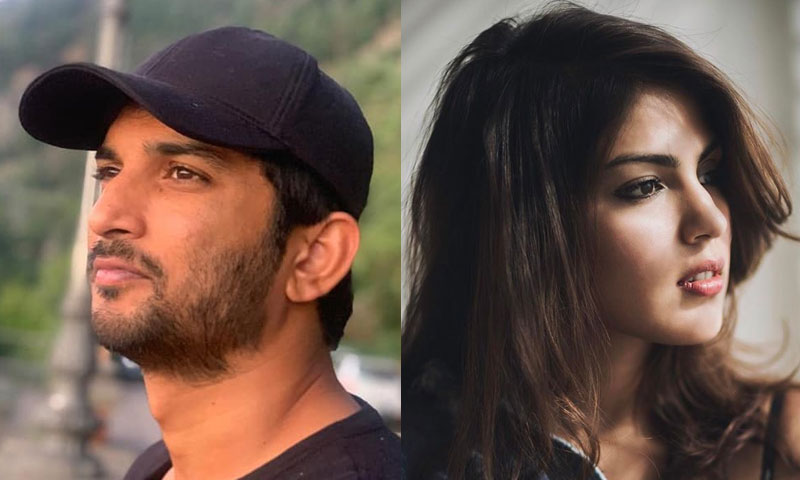 While appearing before the Bombay High Court on behalf of the Union of India in the PILs seeking to control "media trial" in the Sushant Singh Rajput death case by certain news channels, Additional Solicitor General Anil Singh submitted that Courts have been very clear in condemning media trials and Centre does not seek to justify media trials and accepts the legal position.A division bench...

While appearing before the Bombay High Court on behalf of the Union of India in the PILs seeking to control "media trial" in the Sushant Singh Rajput death case by certain news channels, Additional Solicitor General Anil Singh submitted that Courts have been very clear in condemning media trials and Centre does not seek to justify media trials and accepts the legal position.

A division bench of Chief Justice Dipankar Datta and Justice GS Kulkarni began hearing the matter in the post lunch session at 3 pm.

Appearing on behalf of the petitioner NGO 'In Pursuit of Justice', Advocate Neela Gokhale submitted that if a publisher is aware that proceedings are imminent in a particular case and still goes ahead with the publication of material relating to the case then in that situation, the Contempt of Courts Act will apply. She said-

"When media houses are aware the proceedings in court are imminent, and with such awareness makes publications which tend to interfere with the administration of justice, that amounts to contempt of court through Section 3(2) of the act."

"How will such publication interfere with the administration of justice?" Justice Kulkarni asked Adv Gokhale to argue this aspect.

"Is police investigation part and parcel of 'administration of justice?" The Chief Justice asked.

Yes, Advocate Gokhale responded. Referring to media reporting in Sushant Singh Rajput's case by a certain section of the media, Advocate Gokhale cited instances that would amount to interference in administration of justice. She submitted that statements of potential witnesses, investigating officers in respect of certain witnesses, private WhatsApp chats, statements of doctors, nurses etc, were also published.

Moreover, the witnesses in the case were interviewed on TV, so was the IPS officer who came from Bihar. Such publications result in denying a fair trial to the accused, prejudicing the minds of judges and obstructing the course of justice, Adv Gokhale contended.

Soon after an FIR is registered, the police has to report to the magistrate under Section 157 CrPC. The Magistrate is not a mute spectator at that stage, Gokhale asserted her submission that investigation forms part of administration of justice.

The bench then referred to the 'Explanation' to Section 3 of the Contempt of Courts Act, which does not include police investigation under the ambit of "judicial proceeding".

This explanation is not something which will restrict or abrogate the main section. It is only explaining the intention of the legislature, without limiting the operation of the section, Gokhale argued. She then referred to the 'doctrine of imminence' and said-

"If the media houses know that judicial proceedings are imminent, such publications should be taken into account. This was held in the 'Sahara' case, Gokhale said.

"To interpret "judicial proceedings" as commencing from registration of FIR goes against the legislative provision. Can we rewrite the provision?", CJ Dipankar Datta asked Adv Gokhale.

If the publisher knows that judicial proceedings are imminent, and still goes ahead with the publication of materials interfering with the administration of justice, contempt of courts act can be invoked, Adv Gokhale reiterated. She relied on a view taken in the Supreme Court's decision in AK Gopalan & Anr Vs Noordeen.

Till the chargesheet is filed, investigation is within the domain of the executive. The bench opined that the decision in AK Gopalan And Another vs Noordeen will not support Gokhale's proposition as she is referring to the minority view of Justice GK Mitter.

In conclusion of her submissions, Adv Gokhale then referred to the Delhi High Court's judgment in Sushil Sharma vs NCT of Delhi, where the doctrine of imminence was used to invoke contempt against publications affecting investigation. The said judgment sums up what amounts to denial of a fair trial, gokhale said.

At this juncture, Advocate Asim Sarode, who is also one of the petitioners in the matter began his submissions. He submitted that a Commissioner of Police is an "authorized officer" under the Cable TV Networks Act. However, the "authorized officers" are not acting on complaints of violations of program code by channels. I had filed a complaint with Pune police Commissioner but he did not take any action, Sarode urged.

He also submitted that the executive should be given more powers to act on the Cable TV Networks Act.

The doctrine of imminence has not been recognized by the SC, CJ Dipankar Datta observed.

Appearing on behalf of another petitioner, Advocate Sunny Punamiya cited the example of the Visakha case said that the Court can take cognizance of international decisions.

That can be done only if there's a vacuum but not when there is a precedent, CJ Dutta said.

He pointed to the common prayer in all petitions seeking formulation of guidelines and said that in every petition the grounds, the prayer and the argument is that the existing mechanism is not sufficient. ASG Singh submitted-

"We have to see whether there is a vacuum in the guidelines. We do not seek to justify media trials. All courts have condemned media trials. We accept that position."

Referring to the Supreme Court's decision in In Re: Destruction of Public & Private Properties Vs State of AP and Ors, ASG argued that the apex court was informed about the NBA model which was accepted. He then referred to SC's judgment in the Sahara case in 2012 and the guidelines on reporting of sub-judice matters.