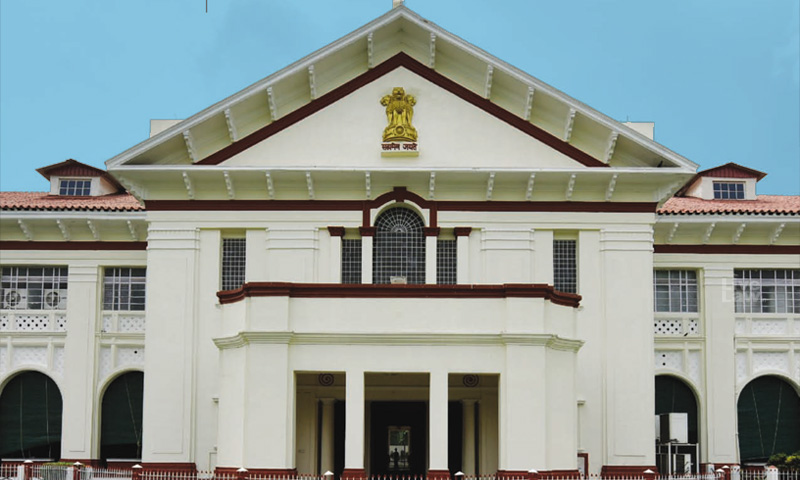 Taking note of the prevalence of the inhuman and barbaric practice of witch-hunting in the State of Orissa, the Orissa High Court has recently observed that witch craft, that has been in practice across culture, religion and territory "bares the terrible face of the so-called civilized society of human being and that the uneducated and economically weaker sections end up being the soft targets...

Taking note of the prevalence of the inhuman and barbaric practice of witch-hunting in the State of Orissa, the Orissa High Court has recently observed that witch craft, that has been in practice across culture, religion and territory "bares the terrible face of the so-called civilized society of human being and that the uneducated and economically weaker sections end up being the soft targets of this practice".

It may be noted that superstition-bound witch-hunting violence has a long history in the State of Orissa as noted by the Supreme Court in Dasrath Gand v. State of Orissa (AIR 1955 SC 583) and continues to rear its ugly head in Odisha despite the State government enacting 'Prevention of Witch Hunting Act in 2013' to put to an end the abhorrent practice.

In the present matter, the bench of Justice S. K. Panigrahi acknowledged the fact that the idea of witches or witchcraft is prevalent in the tribal society even in the present century though the motive driving modern witch-hunting may be more venal than spiritual.

"This would further mean that the poor and the illiterate women, being the most vulnerable, unfortunately, fall prey to the inhuman violence associated with this superstition. Disturbingly, women accused of being a witch could end up being subjected to brutal torture, abuses and even murder, with active knowledge and consent of her relative."

As per the prosecution's case, the deceased (Sambari Murmu), who was not feeling well for a few days had gone to the house of her maternal uncle, Rame Murmu (father of the petitioners herein and a self-styled supernatural medicine expert) for some sort of indigenous treatment.

Surprisingly, on 25.4.2018 as a part of treatment practice (on the pretext of conducting some sort of an exorcism), Sambari Murmu (deceased) was assaulted by the petitioner by means of Trisul/Trident, rope and iron rod as a result of which, she suffered multiple fatal injuries leading to her death.

Allegedly, the Petitioners herein believed that some evil spirit had overpowered the body of the deceased resulting in her abnormal behaviour. In order to pull out the "evil spirit", the main accused Rame Murmu along with his wife Mahi Murmu, elder son Sukul Murmu (Petitioner No.1), his wife Sita Murmu and younger son Narasingha Murmu (Petitioner No.2) tied the hands and legs of the deceased and started assaulting her by means of Trident, crowbar and iron rod.

The observations of the Court

While observing that the ancestry of present-day witchcraft and sorcery has a long and chequered history, the court highlighted the fact that at present, in some parts of the world many precious lives are sacrificed at the altar of witchcraft and that, witch-hunting abounds with the stigmatization of specific groups of people including widowed women and children of the lower caste.

Significantly, the court said that "India represents an unfortunate paradox with a projected upward growth curve and a population mired in superstition to rationalize bad events".

The court further noted that various states of India have risen to the occasion to end the still rapaciously prevalent scourge of superstition and have enacted various legislations at the State level but these legislations, which are relatively new, indicate that the society is surprisingly still afflicted by such mindless and absurd practices.

The bench observed that the famous verse from the Brihadaranyaka Upanishad (Asato ma sadgamaya, tamaso ma jyotirgamaya) reflects a collectively evolved social mindset of the people who held a firm belief in a knowledge-based society and relatively free from regressed and abject superstition.

"But the said practice is still very active in the 21st century despite science and scientific temper has reached its pinnacle. The fact remains, in the absence of central legislation it has resulted in a lack of uniformity in the application of the law across the country. The provisions of the Indian Penal Code, although applicable for the crime associated with the menace, have not proved to be as effective in deterring these criminals."

The court further stated that the need to generate awareness among such susceptible sections of people assumes importance and the concerned authorities may have to take effective steps, in this regard, to dispense with such primitive beliefs and mindsets, which defy logic.

Most importantly, the bench observed,

"Crimes such as witch-hunting shock the collective conscience of the communities who are mostly tribal and backward people of our society. Experience has shown that the faith of these otherwise naïve populations is exploited by such charlatans who stifle the voices of the victims, brandishing the sword of 'supernatural' fear."

Thus, the bench expressed its view that in such cases, the courts need to be cognizant of the ground realities and the skittish mindset of persons subject to such atrocities and that, "such crimes need to be dealt with an iron hand and the the message needs to go out loud and clear that courts sternly frown upon such crimes."

On the issue of witnesses turning hostile

In the instant case, many of the witnesses (including the brother as well as the mother of the deceased) turned hostile due to the influence of the accused persons and their dominant position in the area. To this, the court remarked that witnesses play a sacred role like "sun to illuminate the face of justice."

The court also acknowledged the fact that if the witnesses turn hostile because of fear of witch doctors, the Benthamian percepts, that witnesses are "the eyes and ears of justice", will lose the importance and primacy of the quality of trial process.

Significantly, the court remarked that if the witness himself/herself is incapacitated from acting as eyes and ears of justice, the trial gets putrefied and paralyzed, and it no longer can constitute a "fair trial".

Significantly, the Orissa High Court in the case of Mrs. Sashiprava Bindhani & Ors v. State of Orissa & Ors (2012 SCC OnLine Ori. 152 , had observed that in order to avoid the witnesses turning hostile, the Investigating Agency in cases involving allegations of witch-hunting should swiftly get the statement of the witnesses recorded under Section 164 of the Code of Criminal Procedure, 1973.

The bench in the present case also observed that the communities living there are usually close-knit societies and persons who claim to possess such supernatural powers and dabble in the practice of occult are usually feared in such communities. It's just like the proverbial saying "it is ill sitting at Rome and striving with the Pope".

In this context, the court noted,

"The experience of this court is, more often than not, the witnesses invariably turned hostile at the stage of trial fearing for their lives, possibly, due to the perceived fear of suffering attack from supernatural powers. It is with this backdrop, it becomes extremely important that the investigating agency ensures the statement of the witnesses recorded under Section 164 of the Code of Criminal Procedure, 1973 goes unhampered."

Considering the aforesaid discussion, submissions made and taking into account a holistic view of the facts and circumstances of the case at hand, the Court was not inclined to release the Petitioners on bail. Accordingly, the bail petition filed on behalf of the accused persons/petitioners stood rejected.