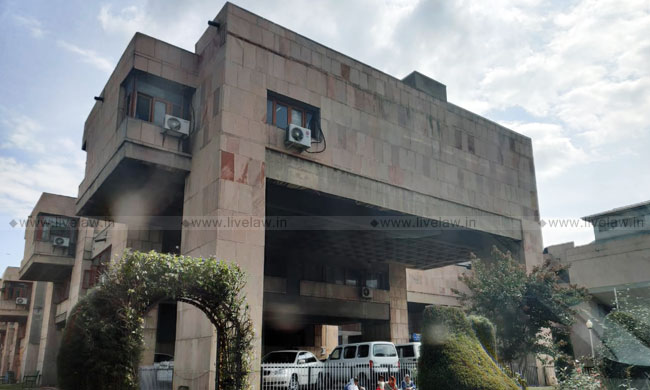 The Jammu and Kashmir High Court last week reiterated that writ petitions against even purely private, unaided educational institutions are maintainable, considering they are performing public functions. Justice Javed Iqbal Wani was considering the writ plea against his termination by a teacher appointed in an unaided private school on a probation basis. The Petitioner urged that...

Justice Javed Iqbal Wani was considering the writ plea against his termination by a teacher appointed in an unaided private school on a probation basis.

The Petitioner urged that the respondents-school is imparting educational activities similar and closely related to those performed by the State in its sovereign capacity and that in the whole process an element of public interest is involved. Hence, it was submitted that the actions of respondents qua the petitioner fall within the ambit and scope of public duty/ public functions and as such renders their said actions amenable to writ jurisdiction of this court. Per contra, the respondents have sought dismissal of the writ petition inter-alia upon a preliminary / maiden objection qua the maintainability of the writ on the premise that the respondent-school is a private unaided minority educational institution and not a State under Article 12 of the constitution hence not amenable to writ jurisdiction of this Court. The respondent-school argued that the service conditions of the employees of the school are governed by the Rules of 2007 framed by the school itself and a mechanism is provided therein under Rule 5 for proceeding against an employee for any misconduct. The petitioner had contended that though the respondent initially followed the rules and served a notice of allegations upon the petitioner, but upon receiving his reply to the same, denying all the allegations leveled, the respondents without affording an opportunity of being heard to the petitioner and without holding any enquiry issued communication dated 26.02.2020 effecting his termination.

As regards the maintainability of the writ petition, the Single Judge was of the view that the issue is no more res-integra in view of law laid down by Apex Court in 2019 in Marwari Balika Vidyalaya v. Asha Srivastava and Ors., wherein the Supreme Court based upon the 2012 Ramesh Ahluwalia Vs. state of Punjab and Others as also Raj Kumar Vs. Director School Education and Ors (2016) has held that writ application is maintainable against a purely unaided educational institution performing public functions.

The Single Bench reflected that in the present case, though the respondent educational institution is an unaided minority educational institution, yet the same is subject to the control and supervision of the Jammu and Kashmir School Education Act of 2002 read with Jammu and Kashmir School Education Rules of 2010. Section 3 of the said Act makes the provisions of the Act applicable to all the schools in the state be it a private or government school. Section 11 of the Act prohibits establishment and running of a private school without the permission of the competent authority which under section 2 of the Act is an appointee of the Government. Section 12 of the Act provides for only those private schools to function which are recognized under the Act and section 13 deals with management of private schools. Section 19 and 20 of the Act respectively provide for teaching and non-teaching staff in private schools and conditions of their service required to be framed and notified.

"For all what emerges from the perusal of above provisions and the prepositions and principles enunciated by the Hon'ble Supreme Court in the judgement (supra) is that the respondent- school even though an unaided private educational institution yet its establishment, running and functioning is regulated by and under the provisions of the aforesaid Act and the Rules", ruled the High Court, observing that the preliminary objection raised by the respondents regarding maintainability of the writ petition therefore is not legally tenable.

Allowing the plea, as a sequel to which, the impugned communication dated 26.02.2020 terminating the petitioner is quashed, the Court directed the respondents to reinstate the petitioner against the post in question.

"The respondents, however, shall be at liberty to either initiate a fresh enquiry against the petitioner qua alleged misconduct or else to resume the enquiry already initiated against the petitioner from the stage it had been stalled / abandoned by the respondents, in accordance with the Rules of 2007 within a period of four weeks from the date of the order", Justice Wani has ordered.