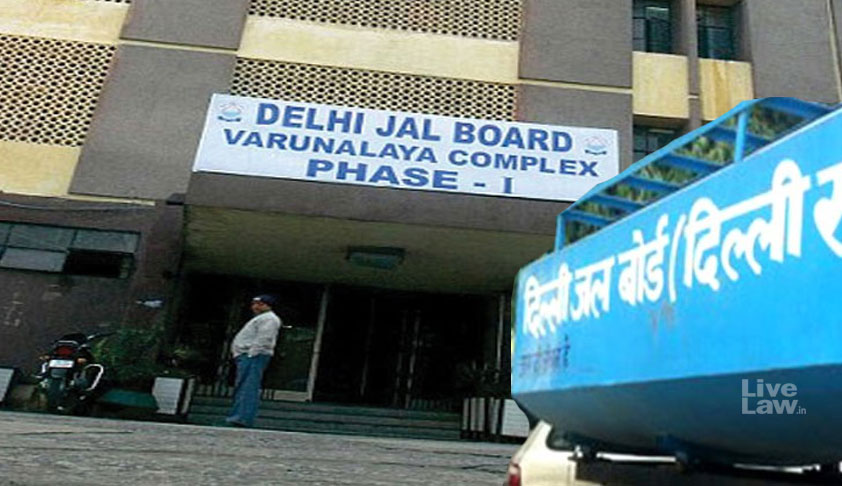 Ensuring that no lapses take place in improving the sewerage network of Inderpuri and adjoining areas in Delhi, the National Green Tribunal (NGT) has directed the Delhi Jal Board (DJB) to furnish a bank guarantee of Rs. 5 crore with the Central Pollution Control Board (CPCB) within a month.

The Tribunal has held that the sum shall be forfeited if the work is not completed and operationalized on or before May 31, 2019.

A bench headed by Chairperson, Adarsh Kumar Goel, passed the order on an application filed by Bharat Bhushan Uppal, a resident of Inderpuri in Delhi who had claimed that a dhalao (waste storage depot) situated on a main road in his colony had become an open dumping site whose waste spilled over to the road resulting into traffic congestion. In absence of any dhalao in the surrounding areas, the waste collected therefrom was also dumped into the same dhalao. The residents of Inderpuri as well as the colonies around were suffering from various health hazards, the petition stated.

Another grievance raised by the petitioner was that an Artificial Medium Drain, situated in in close proximity to his place of residence, remained full of silt caused by fecal sludge, septage and other sewage sludges coming out from households and commercial establishments having no septic tanks or wastewater treatment facilities. During rains, the situation got aggravated with sewage entering his premises.

Considering the status report filed by the North Delhi Municipal Corporation (NDMC) and the stand taken by the DJB that it had awarded the work of “Improvement of Sewerage Network of Inderpuri and nearby areas” and that it would finalise the proposal of setting up of 11 Million Gallons per Day (MGD) Sewage Pumping Station at Satya park by October, the tribunal had, on September 18, directed the DJB and NDMC to take steps at the earliest, on weekly basis, for disposal of municipal solid waste and desilting of the drain.

The DJB informed the court that it was still in the process of awarding the work and the operationalization and finalization of the work would still take one year. The NDMC, on the issue of solid waste management, submitted that it was looked after by a Committee monitored by the Supreme Court.
Counsel for the Applicant, Gaurav Kumar Bansal, argued that the Respondents were under a statutory obligation under the Solid Waste Management Rules, 2016 to keep the Artificial Medium Drain clean and free of silt.

“…we direct the DJB to ensure completion of the work of “Improvement of Sewerage network of Inderpuri and nearby areas” and 11 MGD SPS / Lifting Station at Satya park positively on or before 31.05.2019. To ensure that there is no further lapse in this regard, we direct DJB to furnish a performance guarantee to the satisfaction of the Central Pollution Control Board, within one month from today, in the sum of Rs. 5 crores, with the condition that the amount will be forfeited if the work is not completed and operationalized on or before 31.05.2019,” read the order, passed on November 28, by the bench, also comprising Judicial Members Raghuvendra S. Rathore, S.P. Wangdi, R. Ramakrishnan and Expert Member, Dr. Nagin Nanda.