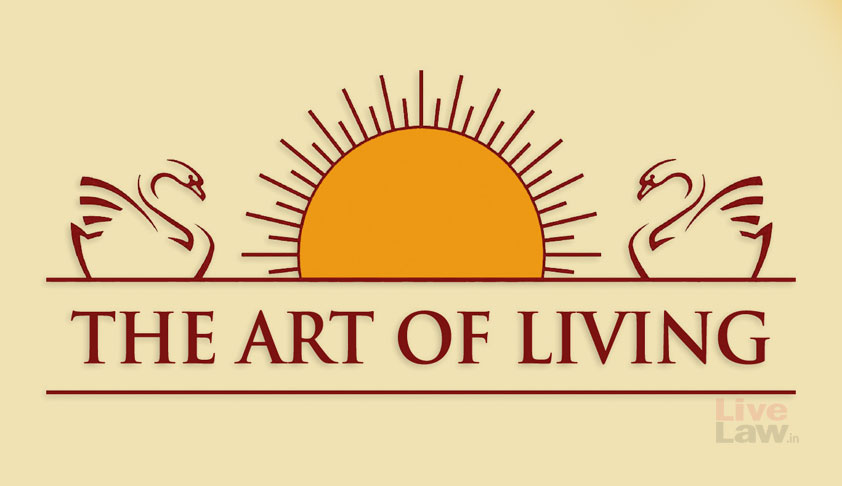 Spiritual leader Sri Sri Ravi Shankar’s Art of Living International Center was on Thursday held responsible by the National Green Tribunal for causing damage and environmental degradation of the flood plain of river Yamuna near the DND Flyway by holding the World Culture Festival Celebration in March 2016, which saw a footfall of 35 lakh, and it will now be responsible for restoration...

Spiritual leader Sri Sri Ravi Shankar’s Art of Living International Center was on Thursday held responsible by the National Green Tribunal for causing damage and environmental degradation of the flood plain of river Yamuna near the DND Flyway by holding the World Culture Festival Celebration in March 2016, which saw a footfall of 35 lakh, and it will now be responsible for restoration and restitution of the floodplain.

The Rs 5 crore deposited by Art of Living with the NGT will be used for restoration to be carried out by DDA and if the cost of restoration exceeds Rs 5 crore, the excess amount will also be coughed up by Sri Sri’s organisation.

A bench of NGT Chairperson Swatanter Kumar, judicial member Dr Jawad Rahim and expert member Bikram Singh Sajwan held Art of Living responsible for the damage caused to the floodplain while directing that in line with the Supreme Court decisions, the floodplains of river Yamuna in the National Capital Territory of Delhi should not be used to hold any activity as in the instant case.

While holding the DDA guilty of not performing its statutory duty and contributory negligence, the Tribunal stopped short of imposing penalty on it as the civic agency had already undertaken to construct a bio-diversity park at the site in question.

It also did not impose any penalty on Art of Living as it has also undertaken to work towards restoration of the site.

The Tribunal’s order comes on the application filed by Manoj Misra, the convener of campaign Yamuna Jiye Abhiyaan, and two others filed by Pramod Tyagi and environmental activist and eminent birdwatcher Anand Arya.

It was on his application filed in year 2012 that the NGT announced the ‘Maily Se Nirmal Yamuna’ Revitalization Project, 2017.

Besides this, the directions were also issued with regard to prohibition on carrying on any construction activity in the demarcated floodplain of river Yamuna. The demarcation of floodplain in 25 years was also directed. The floodplain had been demarcated and delineated.

The World Culture Festival was held from March 11 to March 13, 2016, and brought in some 3.5 million people from all over the world. The Art of Living undertook construction on Yamuna floodplain for organising the said festival, for which illegal and unauthorised dumping and construction in the active floodplains of river Yamuna in the NCT of Delhi took place over some 25 hectares upstream of DND Flyway.

Approach roads were constructed from the ring road and the DND flyway which involved dumping of huge amount of debris and clearing of the floodplains, which were excellent natural wetlands.

Misra said serious damage was caused to the floodplain of river Yamuna near the DND Flyway due to massive construction, including construction of roads, completely leveling the flood plain for making pathways, construction of pontoon bridges and raising iron structures of huge sizes causing damage to the flood plains, wetlands and bio-diversity resulting in adverse impact on the aquifers and the groundwater. This has also hampered the recharging of the river.

It is to be noted that on the same site, “Times Global Village 7 Festival” was planned for 10 years on an annual basis.

It was on a petition moved by Anand Arya that the Delhi High Court appointed a committee and the annual event was stopped.

The Tribunal, in the instant case, was not convinced with the argument of Art of Living that it had all the necessary permissions to hold the event and all the authorities concerned had granted the permission without raising any finger.

“Respondent No. 3 has not been able to discharge his onerous burden in all aspects. Of course, in some areas justification has been provided particularly in the field of taking permission but in other areas the reports of the High-Powered Committee on the contrary does not benefit Respondent No. 3 and in no uncertain terms places the fault on the said respondent. Principle of No Fault Liability is a tool for guiding the Tribunal in determining the liability of Respondent No. 3,” said the NGT.

“Floodplain of rivers form essential ecological continuum of healthy rivers. These provide essential space to the rivers to spread with ease their flood period flows and recharge the associated aquifers. These are also the lands that play an extremely important role in facilitating the self-cleansing ability of the rivers; provide habitat to large number of riparian plants and animals and create wetlands including marshes that help biological cleaning of waste water before it could enter and pollute the river proper. Flood plains of river are not waste lands. These should not be treated as lands lying fallow and utilizable in the manner which is the matter of contest in this application.

FLOODPLAINS ARE NOT WASTE LANDS

The Tribunal said floodplains are also the lands that play an extremely important role in facilitating the self clinging ability of the river.

“The floodplains are not and cannot be equated to waste lands. They should not be treated as lands lying fallow and utilized in the manner which is unacceptable and would have adverse impacts. It is the duty of the statutory authority, Government and the people at large to protect and preserve the flood plains or river Yamuna. The riverbed and the flood plains should be protected and put to such use within the ambit of regulated activities which would not have any adverse effects and would also be in consonance with the Principle of Intergenerational Equity and Public Trust Doctrine.

The Tribunal also lambasted the Delhi Pollution Control Committee (DPCC) for not exercising due caution in responding to the request of Art of Living for grant of permission.

“DPCC ought to have considered the request for permission in accordance with environmental laws in force. It is the primary duty of the DPCC to ensure that there is no pollution caused on land, water, air and other natural resources. There should not be any environmental damage or degradation permitted. If such large number of persons were gathering for such event, it was obvious that huge quantity of waste, i.e., municipal waste, plastic wastes, sewage and human excreta generated. It ought to have prescribed due precautions for management of these in accordance with rules in force. Therefore, the DPCC has not acted in accordance with law,” it said.

“DDA itself is responsible for contributory negligence and its failure to act in accordance with law and directions contained in the Yamuna judgment,” said the bench referring to its directions passed in the judgment passed by it in 2015 titled ‘Maili Se Nirmal Yamuna’ revitalisation Plan, 2017, vide which the NGT had banned all constructions on Yamuna floodplains.

The NGT on Thursday passed following order and directions: