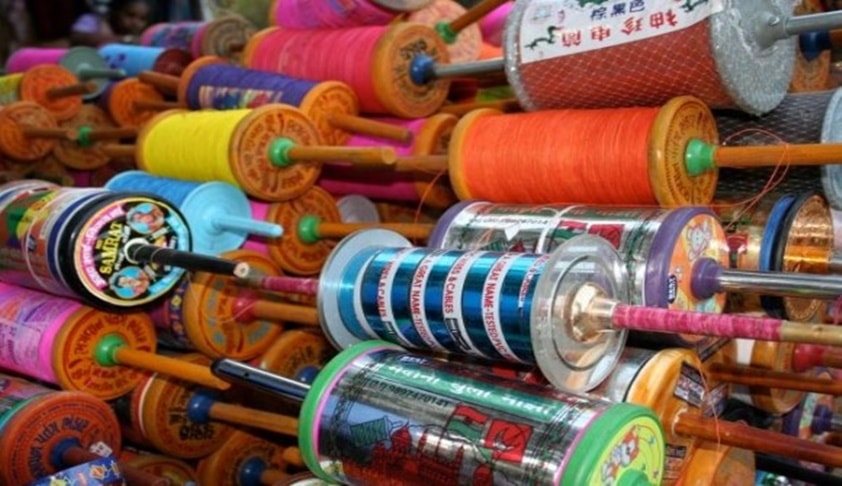 The National Green Tribunal has imposed complete ban on manufacture, distribution, sale and use of nylon or any synthetic manjha or thread holding that the same is lethal in nature and non-biodegradable.

“…there shall be a total ban on the Manjha or thread for kite flying which is made of nylon or any synthetic 112 material and/or is coated with synthetic substance and is non-biodegradable,” ordered a bench headed by NGT chairperson Justice Swatanter Kumar.

The Tribunal also directed all State Governments to prohibit the manufacture, sale, store, purchase and use of synthetic Manjha/Nylon thread and all other similar synthetic threads, used for kite flying.

The bench passed the directions while allowing two similar petitions – one filed by Khalid Ashraf and other by People for the Ethical Treatment of Animals (PETA) India.

It also directed the Centre and the States to see that no such banned material is imported in any part of the country.

“The State Governments/Union Territories/Chief Secretaries/ District Collectors are directed that in case of violation of any of the directions given in this 113 Judgment, appropriate steps be taken against the defaulters under the provision of Environment (Protection) Act, 1986; Prevention of Cruelty of Animal Act, 1960; Wildlife (Protection) Act, 1972, the Indian Penal Code or any other provision of law,” the Tribunal said in its 113-page judgement.

PETA India had in its petition said that due to 'manjha' being coated with glass, metals and other sharp material, these strings act as good conductors of electricity, increasing the probability of detached manjha strings stuck in power lines electrocuting kite flyers and passers-by coming in contact with these strings.