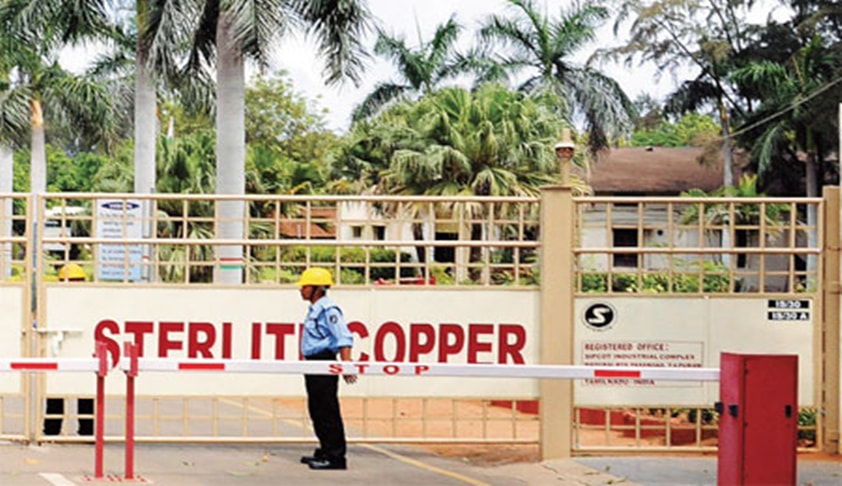 The National Green Tribunal on Monday reserved its order on a plea by Mining company Vedanta Ltd challenging closure of its sterlite copper plant in Tamil Nadu, where a massive protest was witnessed in May against alleged pollution by the factory.A bench headed by NGT chairperson Adarsh Kumar Goel said the order would be uploaded on the tribunal's website next week.At least 13 people were...

The National Green Tribunal on Monday reserved its order on a plea by Mining company Vedanta Ltd challenging closure of its sterlite copper plant in Tamil Nadu, where a massive protest was witnessed in May against alleged pollution by the factory.

A bench headed by NGT chairperson Adarsh Kumar Goel said the order would be uploaded on the tribunal's website next week.

At least 13 people were killed and several injured on May 22 when police had opened fire on a crowd staging protest in Tuticorin in Tamil Nadu.

The company had earlier offered before the tribunal that it would invest Rs 100 crore in Tuticorin for the welfare of people, including construction of schools, hospitals and supply of drinking water.

It had said this amount would be in addition to the Rs 10 crore spent by the company annually in social work under the Corporate Social Responsibility (CSR).

The tribunal had earlier set up an independent committee to look into the allegations of environmental pollution by Vedanta-owned Sterlite copper factory.

The committee, headed by former Meghalaya High Court Chief Justice Tarun Agrawal, had said that no notice or opportunity of hearing was given to Vedanta before the closure of the plant.

"The impugned orders cannot be sustained as it is against the principles of natural justice. No notice or opportunity of hearing was given to the appellant. The grounds mentioned in the impugned orders are not that grievous to justify permanent closure of the factory. Other issues raised also does not justify the closure of the factory even if the appellant was found to be violating the conditions/norms/ directions," the committee had said.

Vedanta's counsel had said their plea has merits and they have accepted the report of the committee.

One of the counsel representing the Tamil Nadu government had earlier said there were large-scale protests after which police started firing. The state government counsel had claimed that there was no provision in the NGT Act to form the committee and even the panel has certain limits.

The committee, in the report submitted in November, said that in the event the tribunal was of the opinion that the factory should commence production, the committee was of the view that it should be directed to monitor ground water quality, including heavy metals such as Arsenic, Cadmium, Silver, Copper, Fluoride in and around the factory premises and nearby villages once a month and such report should be furnished to the Tamil Nadu Pollution Control Board (TNPCB).

The NGT had directed that a soft copy of the report be furnished to counsel for the company, Tamil Nadu government, TNPCB and CPCB by e-mail.

The tribunal had earlier said a credible mechanism, through which rival contentions can be balanced and final view taken, has to be evolved.

The green panel had said the committee, which includes representatives of the CPCB and the Ministry of Environment and Forests, may visit the site and consider technical data.

It had noted in its order that it cannot be ignored that the smelting plant contributed to Copper production in the country and employed 1,300 people.

On August 9, the tribunal had allowed Vedanta to enter administrative unit inside its plant at Tuticorin, observing that no environmental damage would be caused by allowing access to the section.

The green panel had, however, said the plant would remain closed and the company would not have access to its production unit and directed the district magistrate to ensure this.

On July 30, the court had refused to grant any interim relief to Vedanta, which had challenged the Tamil Nadu government's order to permanently shut down its plant, even as the firm termed the government action "political".

On July 5, the tribunal had issued notices to the state government and the pollution board seeking their response after Tamil Nadu raised preliminary objections with regard to the maintainability of Vedanta's plea.

The state government had, on May 28, ordered the state pollution control board to seal and "permanently" close the mining group's copper plant following violent protests over pollution concerns.