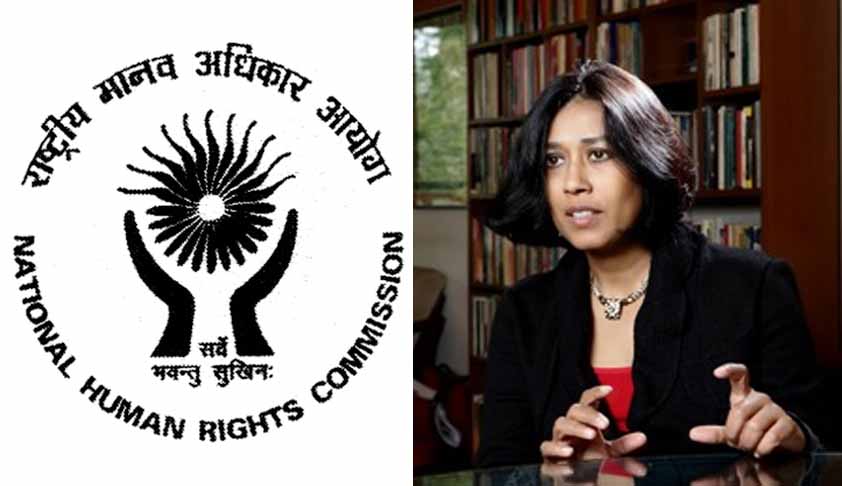 The National Human Rights Commission has taken suo moto cognisance of ‘nationwide outcry and protest’ raised against IGP of Bastar range SRP Kalluri, Chhattisgarh, for falsely implicating JNU Prof. Nandini Sundar and 10 other activists in the murder of tribal Samnath Baghel.Taking cognisance of the above matter, the NHRC highlighted media reports that reveal police atrocities and...

Taking cognisance of the above matter, the NHRC highlighted media reports that reveal police atrocities and malicious targeting of human rights defenders in the state over the past one year and summoned Chief Secretary, Govt. of Chhattisgarh, and SRP Kalluri, IGP, Bastar Range, to appear in person before the commission on 30th of this month and provide explanation for the accusations levelled against the police and administration. The commission also sought IGP’s explanation as to why the case of Baghela’s murder should not be handed over to an independent agency like CB CID or CBI.

The NHRC has stated that the entire matter of registering of FIR against Delhi University Prof. Archana Prasad, JNU Prof. Nandini Sundar, Vineet Tiwari, Sanjay Parate of CPM and Manju Kawasi for offences of murder, criminal trespass, conspiracy and for offences under the Unlawful Activities Prevention Act seems to be ‘in line with earlier acts of hostility displayed by the police’.

Samnath Baghel, a tribal of Sukma district, was reportedly killed by Maoists as he had been leading a campaign against their activities since April this year. As per his wife, the Maoists attacked their house while they were sleeping on 4th November, 2016. An FIR was registered against the aforementioned activists for his murder, although his wife had informed media that neither Prof. Nandini Sundar nor any of the other activists were named by her in the FIR.

The commission also stated that it finds ‘no apparent connection’ between Baghela’s murder and the visit of these human rights activists, who according to reports have not been in the area for over last five months. Prof. Nandini Sundar told the ANI that she and her associates were being threatened by the Bastar Police for being arrested under the said FIR. She contended that the police had framed them in a mala fide manner to settle scores. The Supreme Court on 15.11.2016, had directed issue of notice of four weeks before their arrest.

The NHRC has stated that it will separately examine all other complaints against the police and its alleged role in committing atrocities against people and the Human rights defenders and has sought comments from the State of Chhattisgarh on the findings submitted to the Commission by its team after visiting Chhattisgarh. The commission pointed out role of Prof. Nandini and several other activists in exposing alleged misdeeds of the police and security officials and bringing it to the notice of the commission.

It took judicial notice of a petition filed by Prof. Nandini Sundar recently in the Supreme Court against atrocities by Bastar Police highlighting their role in tormenting tribal people by burning their homes. She had also filed a petition in Supreme Court in Salwa Judum case in 2007 against atrocities by the police in the tribal areas. She, along with other campaigners, have also found heinous crimes in the region like mass rape of women, murders being committed by security officers with impunity under the umbrella of police.

The commission had also this month taken suo motu cognisance of the act of burning the effigies of Prof. Nandini Sundar and other lawyers and journalists and stated it to be an ‘unprecedented acts of hostility and indiscipline by Chhattisgarh auxiliary police’ against the human rights defenders as they were instrumental in exposing the deeds of police.

The commission viewed the above matter in the backdrop of the telling circumstances and asserted that, ‘naming of these persons in FIR appears to be the ploy to stop their entry and visit to the tribal areas for exposing their misdeeds.’

The NHRC stated that such reports only lend credence to assertions of the People's Union for Civil Liberties (PUCL) that all this was part of the ‘state police vendetta’ against activists and journalists who have been instrumental in exposing their truth.

“In the considered view of the commission, the Police of Chhattisgarh in the circumstances mentioned above owes its explanation to the commission as there are allegations and its action seems to be coloured by malafide, hostility and abuse of power on the allegations of false implication to silence the human rights defenders. The acts on the part of police stand on independent footing for the commission to intervene,” the NHRC notice stated.

Considering that the image of police, a crucial functionary of state, was at stake, the NHRC stated: “It is the duty and function of the commission to see that the faith of the people in the police is not eroded and society is governed by rule of law and faith of people in upholding the human rights of people is restored and vindicated at the earliest.”