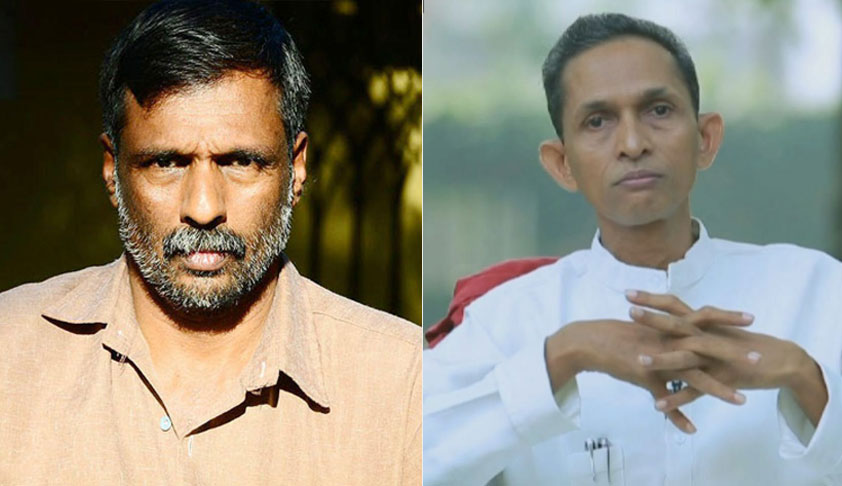 A  Public Interest Litigation has been filed by two law students in the High Court of Kerala seeking the removal and blocking of videos from Facebook and YouTube, which are allegedly spreading misinformation about Nipah virus.   Kozhikode district of Kerala is in a state of medical emergency with the detection of Nipah virus last week. The infection caused by this virus has reportedly...

A  Public Interest Litigation has been filed by two law students in the High Court of Kerala seeking the removal and blocking of videos from Facebook and YouTube, which are allegedly spreading misinformation about Nipah virus.   Kozhikode district of Kerala is in a state of medical emergency with the detection of Nipah virus last week. The infection caused by this virus has reportedly no effective cure and the mortality rate is as close as 75 percent.

While measures are being undertaken by the state machinery on a war-footing to contain the outbreak, two practitioners of alternate medicine posted videos in their Facebook profile denying the existence of the virus. Mohanan Vaidyar, who claimed to be a practitioner of indigenous medicine, posted a video, where he was seen eating fruits bitten by bats and squirrels. As per official medical version, the disease is spread through bats, and the Health Department has issued an advisory to avoid eating fruits bitten by bats and animals. Mohanan Vaidyar rubbished the official version and demonstrated eating fruits leftover from bat-bites. He claimed that if Nipah virus is in actual existence, he should die within a day. He also said he has an alternate cure for the disease, a medicinal preparation from herbs.

Jacob Vadakkanchery, who claimed to be a practitioner of naturopathy, claimed in his video that this was a hoax created by “medical mafia”. According to him, the alarm has been created only to benefit pharmaceutical companies. He urged people not to take any medicines and advised that the disease can be cured by taking nutritious food, adequate water and good sleep.

The petition filed by two law students—Arjun PK of NUALS Kochi and Ajay Jishnu of GLC Kozhikode—who are residents of Perambra region where the disease was first detected, pointed out that these videos were widely viewed and shared in social media, with close to 9.35 lakh views within few days. The petition stated as follows:-

It is submitted that the claims in both the videos are ludicrous, absurd and mischievous. Respondents 7 and 8 (Mohanan Vaidyar and Jacob Vadakkanchery) have made these claims without any scientific basis. It is not just a case of their ignorance, but malice as well, as evident from their scathing remarks against the medical teams and Health Department. They have made irresponsible comments to defame and discredit official medical team without any basis. They have thereby belittled the sacrifice of late Lini Sajeesh, who got infected while giving medical service as a nurse and succumbed to it later. Apart from all these, they are acting with mala fide intention to commercially exploit the situation. The 7th respondent can be seen in the video advertising his medicinal preparation as a cure. The 8th respondent can be seen promoting Nature Life Centre in the video. Thus, respondents 7 and 8 are acting with the malafide intention to exploit commercial gains out of this unfortunate situation by soliciting customers for themselves, by discrediting the services rendered by Health Department.

According to the petitioners, the acts of Mohanan Vaidyar and Jacob Vadakkanchery are punishable offences under Section 270 IPC (Malignant Act likely to spread infection of disease dangerous to life), as gullible and naive people would disobey government advisory and refuse to take medicines, leading to further spread of the disease. It is further stated that they have violated the Drugs and Magic Remedies Act, by prescribing baseless and unscientific cures for the malady.

The petitioners contend that a case is made out for blocking access to the said Facebook and YouTube videos invoking powers under Section 69A of the Information Technology Act, 2000. The Central Government has framed Information Technology (Procedure & Safeguards for Blocking for Access of Information by Public) Rules 2009, under Section 69A, as per which the designated officer of the Central Government can direct the intermediaries to block access to videos in the interests of public order, security of state, prevention of commission of offence etc.

There is a medical emergency in Kozhikode District due to NIPAH VIRUS, which can spread to other places. The misleading videos of 7th and 8th respondents are being widely shared and viewed, with more than 9 lakh views already. These videos are potentially harmful and dangerous, as they could sway gullible, naive and ignorant sections to public to disbelieve the state machinery, and to defy the precautionary measures advised by government. This can derail the efforts of state machinery to contain the outbreak and can spell large disaster of widespread ramifications. Hence, urgent measures are needed to block the videos, stated the petition.

Considering the petition for admission on May 25, a division bench of Chief Justice Antony Dominic and Justice PV Asha directed the government to submit before the court on Monday, May 28, their proposed action in this regard.