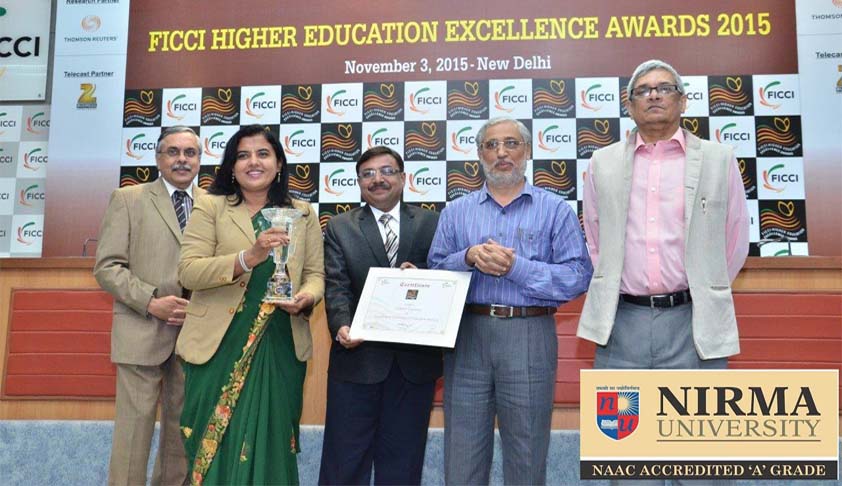 Nirma University established in the year 2003 as a Statutory University under a special act passed by the Gujarat State Legislative Assembly has been recently awarded under the category of 'Excellence in Technology for Education Delivery' during the FICCI Education Awards 2015, as a part of the Eleventh FICCI Higher Education Summit 2015 which was organized at FICCI Federation House, New Delhi, by FICCI in association with the Ministry of Human Resource Development, Government of India.