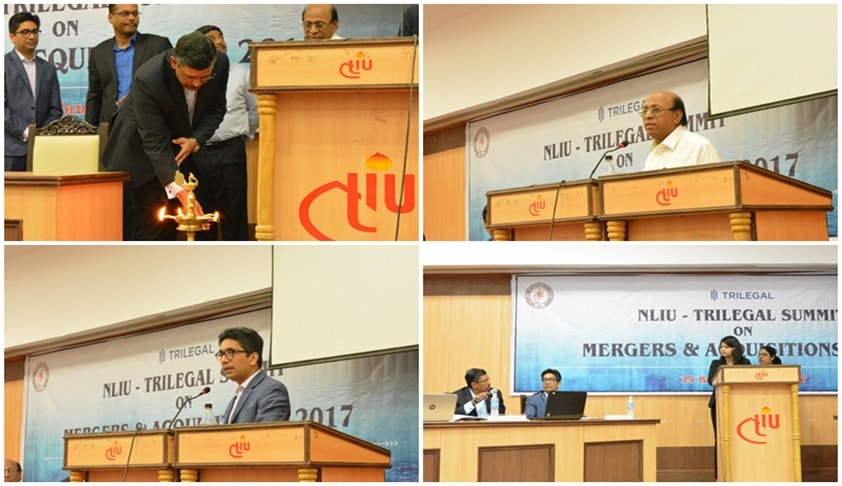 The second paper was presented by Shally Nain from RMNLU Lucknow. She brought up the issues of extra territoriality and multiple jurisdictions, which the panelists found innovative. Delays in mergers due to lack of international coordination were highlighted, accompanied by suggestions for tackling the same.

The terms of M&A and cross border acquisitions were defined by A.R.Poorvaja from TNNLS in her presentation. Moreover, she dealt with different taxation rates for different categories of mergers.

Dimple Singh and Shreya Agrawal from Symbiosis Law School Pune elaborated upon the continuous change in FDI policies and the implementation of GST, which has made investing a risky game. Accordingly, taxation for cross-border mergers is still shaky, with no provisions governing it.

Jithin Jackson from TNNLS made a strong pitch for universal banking, stating that is reduces average costs, facilitates better flow of information, integrates financial activities and reduces intermediaries. He further spoke about the barriers that prevent Indian banks from going international. The interactive Q & A sessions were also featured in this session.