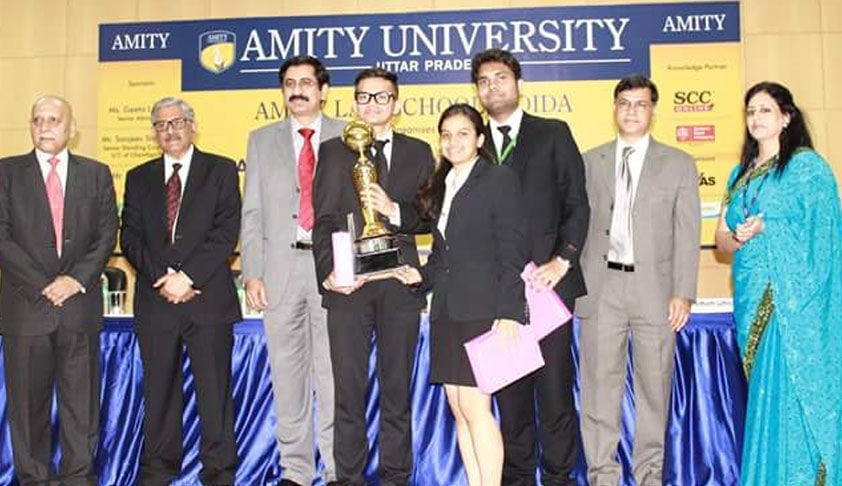 Amity Law School Noida recently organized the Amity International Moot 2015, an E-Moot to show support for our honorable Prime Minister Narendra Modi’s initiative of Digital India in which The National Law Institute University, Bhopal bagged the competition and Army Institute of Law Mohali finished up as Runners Up.

On asking about   the initiative of E-Moot, Jutsice Rajive Bhalla and Justice Amitabh Roy were of the opinion that though they are detached from the advancements in technology, they appreciated the effort to improvise upon the traditional style of mooting. On the other hand Justice Sanjeev Sachdeva and Justice Vibhu Bakhru   felt that since they were already at par with the E-courts they were really happy that even the law schools are taking this practice up during their events. Further, all four of the judges felt that the only obstacles they could foresee in the computerization of courts were minor issues such as unstable connectivity, comfort of the judges who follow conventional the ways, security of sensitive data, hardware failure etc. but at the same time, they were able to see the long run benefits of such a practice in terms of ease in facilitating investigations, quicker exchange of transcripts, etc.