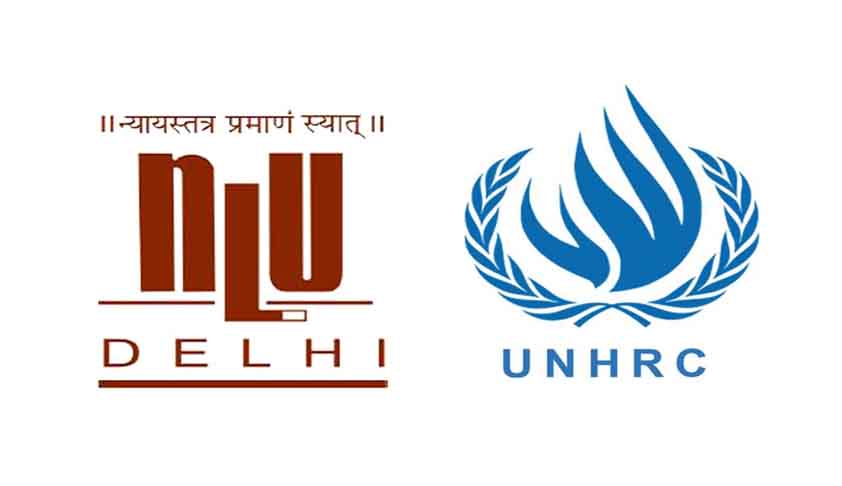 National Law University, Delhi recently rendered assistance to the Government of India in drafting the Universal Periodic Review submitted to the UN Human Rights Council.“After an extensive consultative process, a team of faculty and students from the University prepared a first draft of the report which formed the basis of the report that was finally submitted by India to the UN. The...

“After an extensive consultative process, a team of faculty and students from the University prepared a first draft of the report which formed the basis of the report that was finally submitted by India to the UN. The Vice Chancellor of NLU, Delhi, Prof. (Dr.) Ranbir Singh, led this effort. Prof. Singh is also part of India’s delegation to the UNHRC to present India’s report and address questions and comments from other states on India’s record. The delegation is headed by the Attorney General of India, Mr. Mukul Rohatgi,” a press-note released by the University states.

The Universal Periodic Review is a mechanism within the UN Human Rights Council where all UN Member States have to undergo a periodic review of their human rights record once every four years. Under this mechanism, other stakeholders are also allowed to submit shadow reports along with the official government report. India has already undergone two cycles of review (in 2008 and 2012, respectively), and is scheduled for its third round of review on May 4, 2017 at the Human Rights Council, Geneva.

The report takes pride in the spirit of leaving no one behind, as followed by India, implementing the motto of “Sabka Saath, Sabka Vikas” (all together and development for all). It, however, asserts that numeric measurement is not the only criteria for assessing its human rights record, and states, “For India, as for any other country, the realization of human rights is a work in progress, and this report documents the steps taken by the country towards this goal.”

The report sheds light on several issues, grouping them in “thematic clusters”, providing an overview of the recommendations accepted by India in the previous round and voluntary pledges made by the country, if any. It then explains the advancements in implementing these recommendations/ pledges. Further, under the same thematic heading, the report details any other emerging issue or development that falls within the scope of the theme but was not the subject matter of an accepted recommendation or pledge.