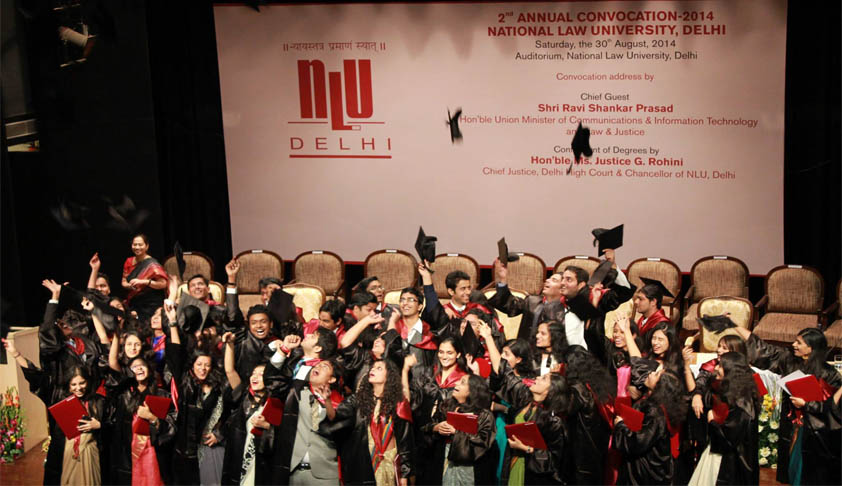 The Union Law Minister, speaking at the event, said that the the three institutions that have really changed the landscape of India are the IITs, the IIMs and the great Law School movement of India. He also said that NLU Delhi has excelled in the field of academia and that a great movement on equity versus growthhas started in India and that growth is a pre-requisite to truly achieve equity.

The minister also acknowledged the problem of pendency of cases in the judiciary and declared his intention to clear the backlog. He also added that digital process and computerization can do wondersand that the Government is very keen “to introduce a digital India and empower access to justice”. On the subject of education, he said that broadband must go to all schools and universities in India.

Mr. Ranbir Sing, Vice Chancellor of the University in his address mentioned the achievements of the University highlighting the victory at the International Criminal Court Moot 2014 held at the International Court of Justice in Hague, and also said “competent lawyers produced by reasonably good legal educational institutions can bring credit not only to the respective educational institution but to the whole legal profession.”