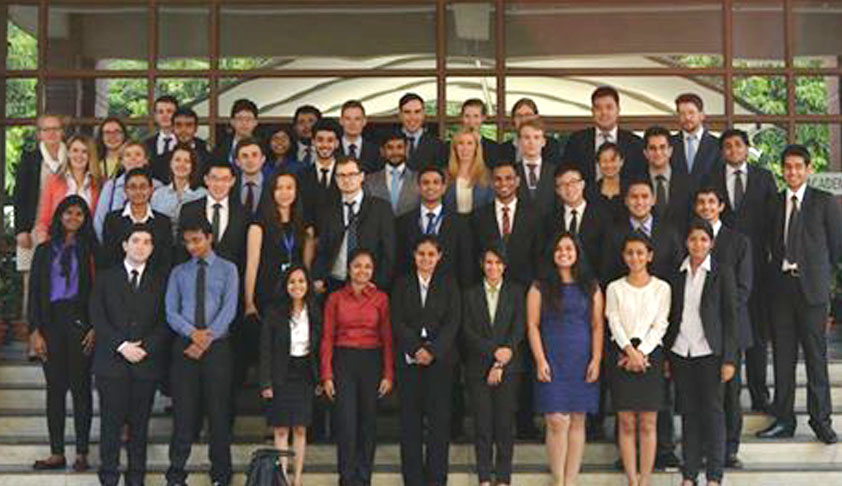 On the first day of the Competition, the participants faced each other in two preliminary rounds, with negotiation simulations based on international commercial and legal issues from which four teams progressed to an exciting semi-final round.

In the final round University of Cambridge emerged as the winners of the Competition and won the prize of INR 100,000 (~1000 GBP). Hon’ble Justice V. Gopala Gowda (Judge, Supreme Court of India), Mark Bardell (Partner at Herbert Smith Freehills) and Neena Gupta (General Counsel at InterGlobe) judged the final round.

The team from the Universty of New South Wales won the prize for the Best Negotiation Plan, while Senjuti Mallick of ILS Pune was adjudged the Best Negotiator, with both receiving a prize of INR 20,000 (~200 GBP). The newly introduced ‘Spirit of the Competition Award’ was received by NLU Jodhpur.

Mark Bardell, Partner at Herbert Smith Freehills and a judge in the final round, remarked, “The competition was a great success. From the many students from around India and around the world who flew in to participate, to the many lawyers who gave up their weekends to judge and to the superhuman efforts of the organising committee at NLU Delhi: I heard only praise for the quality of the competition. It is something that Herbert Smith Freehills is particularly proud of supporting.”