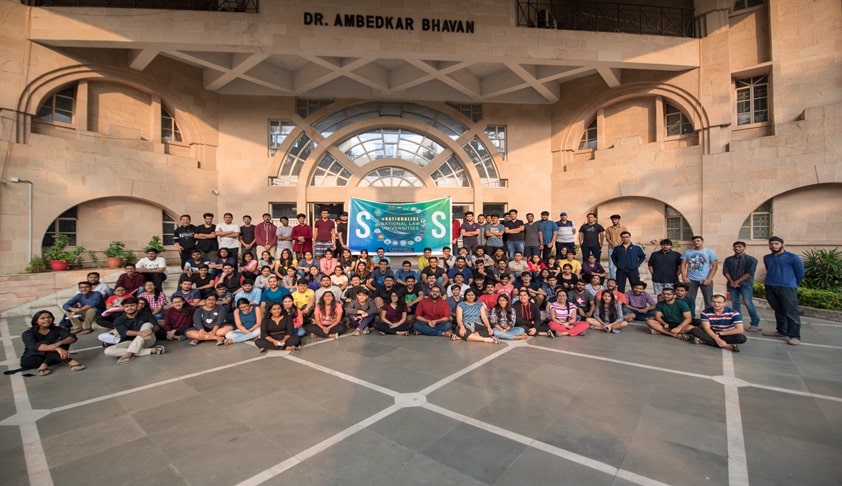 The National law University (NLU) Student Consortium—comprising student body representatives of all National Law Universities— has issued a statement reiterating its demand for nationalisation of all NLUs and for grant of ‘Institutes of National Importance’ status to them.“On this twenty-sixth day of November (70th National Law Day) we, the students of all the NLUs, renew and...

The National law University (NLU) Student Consortium—comprising student body representatives of all National Law Universities— has issued a statement reiterating its demand for nationalisation of all NLUs and for grant of ‘Institutes of National Importance’ status to them.

“On this twenty-sixth day of November (70th National Law Day) we, the students of all the NLUs, renew and reaffirm our call for reforms in legal education in India by urging the Union Government to take cognizance of the abysmal state of affairs and bring parity in the administration of NLUs, to make them at par with other national institutes. Being comparable to IITs, NITs, IIITs and IIMs (added earlier this year) in every respect, granting NLUs the status of ‘Institutes of National Importance’ (INI) must also be considered specially to tackle the perpetual lack of funds and issues faced by students.”

The statement laments the diversion of NLUs from their original plan of action to transform into “islands of legal excellence”, and asserts that they have instead turned into “inefficiently administrated educational institutions that failed the cause of legal excellence in India”.

Pointing various deficiencies in their colleges, the statement says, “They have been unable to provide basic facilities like decent faculty, proper classrooms, proper residential areas, a functional library, hygienic environment and other such necessities despite charging a substantially high tuition fee from the students.

Till date, student bodies of almost ten NLUs have come down in protest against their respective administrations for issues relating to poor infrastructure, stringent academic regulations, administrative irregularities, arbitrary actions and a continuing lack of transparency. More than half the NLUs do not even have NAAC accreditation.”

For this, it blames the continued lack of funds, and increased state government interference in their administration, pointing out that almost all States have increased the domicile quota for their respective NLUs.

Asserting that such developments are alarming and antithetical to the idea of National law Universities, it further states, “The remaining older institutions like National Law School of India University, Bangalore and National University of Juridical Sciences, Kolkata have also recently been at the receiving end of such amendments. Last year, the Karnataka legislative assembly unanimously passed the National Law School of India (Amendment) Bill 2017 which proposes to reserve 50% seats in the premier institution for students who are residents of the state. Similarly, the West Bengal legislative assembly through an amendment bill (‘the Bill’), passed on November 20th, 2018, proposed to create a state reservation for a minimum of 30 per cent of seats in NUJS, Kolkata to ‘bring it in consonance with other National Law Schools’.

The Bill also undermines the institution’s autonomy by conferring the power on the state government to determine the fee-structure and allow admissions on the basis of a qualifying exam, bypassing the nationally instituted Common Law Admission Test (CLAT). Given NUJS is a founding member of the CLAT consortium, such a provision could possibly set-off a similar trend among other NLUs to opt out of the CLAT framework.”