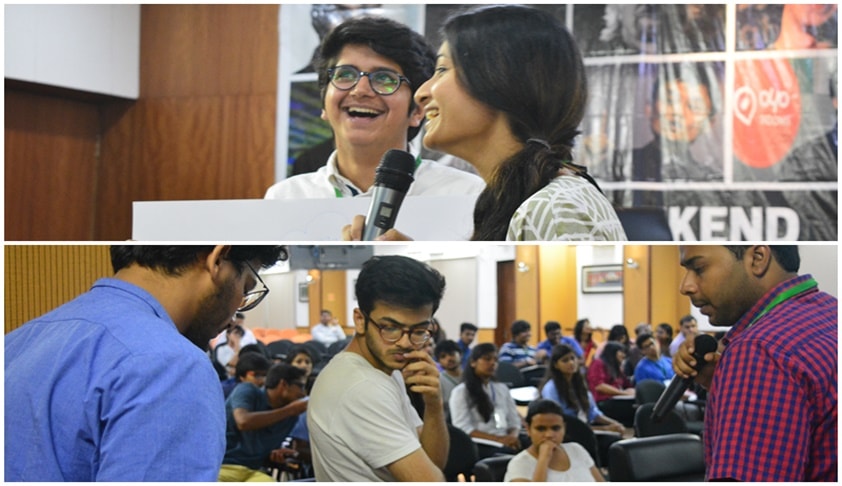 Subscription starts from
₹ 599+GST
(For 6 Months)
View Plans
Premium account gives you:
Subscribe Now
Already a subscriber?
Login
NLUO Cuttack is hosting a first for any NLU, Google start-up weekend on its campus which started yesterday. The event is an initiative of NLUO's Law and Entrepreneurship cell, LexTech. Sponsored by Google, the event dubbed the Google start-up weekend, will be used to select a team whose start-up will be incubated from scratch. A panel of judges –which includes K.C. Mishra (E-Kutir) among others – will select the best two teams from close to 40 participants of lawyers and non-lawyers from all over India.

Mr. Satheesh Menon, who is a faculty from NLUD is attending NLUO Startup Weekend, Cuttack as an observer who is working on IPR for Startups in NLUD as a departmental project.  He commented, “The objective of Lextech is to cultivate a rare breed of entrepreneurs by incubating, accelerating, mentoring and funding innovative start-ups, thereby creating a transformational learning environment for motivating, preparing and assisting entrepreneurial leaders and scholars to turn knowledge into action in pursuing innovative solutions to the most pressing problems of the globe. The event which is all about "Law, Entrepreneurship & Innovation" promises to be a huge success by virtue of Google being its title sponsor, Uber and SCC online, being others. We are posing for a grand stage for successful Startup founders and businessmen in the economy.”​​

After VC Sir our keynote speaker Ashwini Rath came on the dice to share his view about the start-ups and the entrepreneurship: “You should be either ultra-optimist or ultra-pessimist. You need to remember three aspects in mind:

Then he talked about TLC Bhubaneswar which supports start-ups.”

“B-series funding gives you fund and platform to start your idea that also includes angel investors that is somebody who gives you money, then A-series funding when you get a crowd and raise a fund in millions.”

In this start-up weekend you are going to pitch idea, vote for good ideas and form teams and for that you have to focus only on minimal valuable product that one critical aspect that you have to create which is a value and can be used. Just think about one thing which is good enough to people to use your product.

After this the pitching of ideas starts of which some examples are:


21 ideas were presented and after voting top 6 got selected to make a team. They now need minimum 5 members in their team to go to the next round.
Next Story
Cartoons
+ More