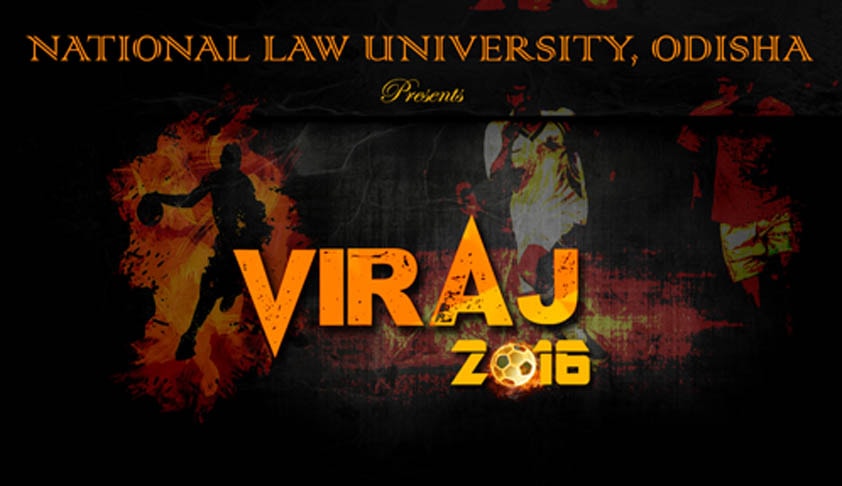 The first edition of VIRAJ would be a three day extravaganza which will witness participants from different law schools, engineering Schools and even Business Schools across the nation.

The list of sporting events that would be held at VIRAJ is as follows:

Exciting informal events like arm wrestling, housie, carrom, tug of war as well as online games such as FIFA and Counter Strike shall also be held.

The event is being organised in collaboration with the State Olympic Association and Odisha Cricket Association for its Ranji Ground for Cricket.

Kindly confirm the participation of your college/university in VIRAJ 2016 by sending an email at [email protected] at the earliest.

The registration fees amounts to Rs. 1,200 per person. Also, the registration amount of different sporting events is different and is mentioned later. However, if the contingent does not require accomodation, Rs. 580 has to be paid for the food and travelling charges.

The last date for payment of registration amount is 1st March, 2016

This being a Pre invite, the Formal invite as well as Registration details shall be released soon.