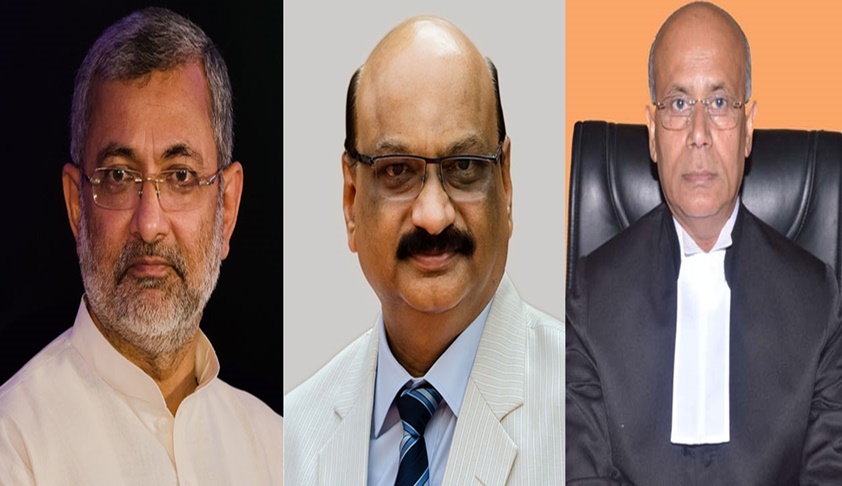 The satisfaction of the court for granting protection under Section 438 CrPC is different from the one under Section 439 CrPC while considering regular bail, the Bench said.

A three-judge bench of the Supreme Court has observed that merely because an accused was under the protection of anticipatory bail granted under Section 438 CrPC that does not mean that he is automatically entitled to regular bail under Section 439 CrPC.

The Supreme Court bench observed that the single judge who dismissed the bail application was correct in observing that the coordinate bench had not taken note of the limitations under Section 37 of the NDPS Act.

“It is unfortunate that the provision has not been noticed by the High Court. And it is more unfortunate that the same has not been brought to the notice of the Court,” said the bench and directed the state to verify whether any steps have been taken for challenging the orders granting anticipatory bail to the co-accused. Thereafter, the state challenged the order granting anticipatory bail to co-accused brothers.

Then, it was submitted before that pursuant to the interim order passed by the high court, the co-accused had surrendered before the sessions court and they were released on regular bail.

The bench comprising of Justice Kurian Joseph, Justice Mohan M Shantanagoudar and Justice Navin Sinha criticised the sessions court for not taking note of the final order passed by the high court. “The Court should have enquired as to whether the matter had been finally disposed of, particularly after noticing the interim order. The casual approach adopted by the learned Sessions Judge has apparently led to the accused being released on regular bail, on the basis of the interim order passed by the High Court. When the application for anticipatory bail was the subject matter before the High Court, the accused had no business to go and surrender before the Sessions Court and seek regular bail on the basis of an interim order,” the bench observed.

The bench then proceeded to set aside the high court order and observed that it ‘could not have and should not have passed the order under Sections 438 or 439 Cr.P.C. without reference to Section 37 of the NDPS Act and without entering a finding on the required level of satisfaction in case the Court was otherwise inclined to grant the bail.’

The bench further remarked: “We also painfully note that even in the inquiry conducted pursuant to the orders passed by this Court, there was no reference to the regular bail granted to Beant Singh and Gurwinder Singh and that too, on production of an interim order passed by the High Court. Had the same been noticed, the State would have certainly taken steps much earlier. This is once again to remind the police and the prosecutor that they need to show due diligence and vigilance while dealing with the cases under the NDPS Act.”