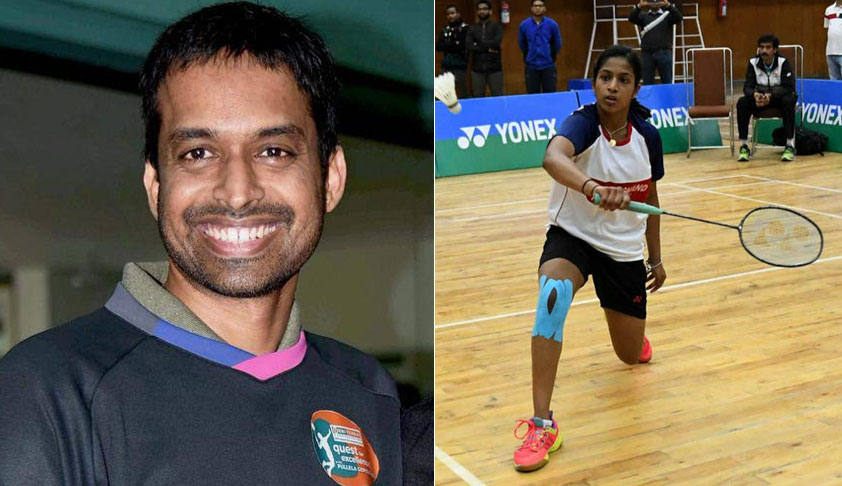 "In the absence of any material to doubt the integrity of the 5th respondent (P Gopichand), we are of the view that it would be unfair, if not unreasonable, to assume that the Chief National Coach of our country would sacrifice national interest, in order to further his personal interest or that of his daughter", the High Court observed.The High Court of Kerala has dismissed a challenge...

"In the absence of any material to doubt the integrity of the 5th respondent (P Gopichand), we are of the view that it would be unfair, if not unreasonable, to assume that the Chief National Coach of our country would sacrifice national interest, in order to further his personal interest or that of his daughter", the High Court observed.

The High Court of Kerala has dismissed a challenge made to the selection of women's badminton team for the Asian Games to be held at Jakarta, Indonesia from August 18 to 29.  The challenge was based on the allegation that selection criteria was tinkered with to unduly favour the selection of Gayathri Gopichand, the daughter of badminton player Pullela Gopichand, who happens to be the Chief National Coach of Indian badminton team and member of the Selection Committee.

Before the Single Bench the petitioners sought for an interim relief to restrain the Badminton Association of India from sending the list of players for Asian Games. However, the single bench refused to grant interim relief on the ground that the writ petition was filed on July 2, after the last date of sending of list, June 30. Challenging the refusal of interim order, the petitioners filed intra-court appeal before the Division Bench. Having regard to the urgency of the matter, the Division Bench chose to hear the writ petition itself, along with the writ appeal.

The petitioners relied on the rule of bias laid down in A.K.Kraipak and Ors. v. Union of India and Ors. AIR 1970 SC 150 to contend that the entire selection process was vitiated by the mere presence of P. Gopichand in the selection committee, as his daughter was involved in the selection. The Badminton Association defended the selection stating that there was no inflexible criteria, and that selection was done in a transparent manner. It was pointed out that Gayathri Gopichand was equally qualified, and whether to go for two single players or a double pair as reserves is a matter left to the discretion of the committee.

The Division Bench comprising Chief Justice Hrishikesh Roy and Justice A K Jayasankaran Nambiar did not entertain the challenge. The Court noted that Chief National Coach was a crucial member in the nine-member Selection Committee, and his mere presence cannot be said to vitiate the process in the absence of material showing bias.

"While the decision in Kraipak's case (Supra) no doubt mandates that fairness in any selection process would require that persons, who are likely to influence the decision of the other members of the committee, should not be constituents in a committee before which their close relatives may appear as candidates, we are of the view that, in a case such as the present, where the selection is to the national team, the Chief National Coach has to be seen as a necessary and indispensable constituent of the committee. This is because his knowledge and assessment of the skill of a player, as a Chief National Coach, based on his close supervision of their performance at national ranking tournaments, is unique, and the inputs that he provides cannot be expected from any other member of the selection committee. He is also the one who will closely associate with the players, and assess the competition that can be expected at the international events. His opinion, as to whether the need of the hour is for additional singles players or doubles players is, therefore, crucial and cannot be ignored. In the absence of any material to doubt the integrity of the 5th respondent, we are of the view that it would be unfair, if not unreasonable, to assume that the Chief National Coach of our country would sacrifice national interest, in order to further his personal interest or that of his daughter", stated the judgment authored by Justice Jayasankaran Nambiar.

The Court held that in the absence of bias, it cannot review the decision of the Selection Committee to opt two single players instead of a double pair as reserves. The fact that Gayathri Gopichand met the requisite qualification criteria also weighed with the Court.

Additionally, the Court also held that the writ petitions should fail due to lack of territorial jurisdiction for High Court of Kerala. It was noted that the cause of action arose in Bangalore, and no part of cause of action arose in Kerala. The Court did not accept the contention of the petitioners that the fact that their applications were forwarded from Kerala through the regional association will confer jurisdiction on High Court of Kerala.

While dismissing the petitions, the Court added a consolatory touch in the judgment, by stating as follows :

"Before parting with this case, we might observe that our sympathies are with the writ petitioners who, despite their superlative performance at the selection tournaments, could not make the final cut to the Indian Women’s team. Defeat is inevitable in any competitive sport and the petitioners herein, being experienced sports persons, must know that only too well. The agony that inevitably follows a defeat, however, must be endured only for a fleeting moment, for after that, they must gather the courage and resolve to lift up their spirits and move on. It is at times like these that the petitioners should take advantage of the years of training put in by them to come to terms with the situation, and take defeat in their stride. We truly hope that our verdict today will not dampen the spirit of these talented youngsters"