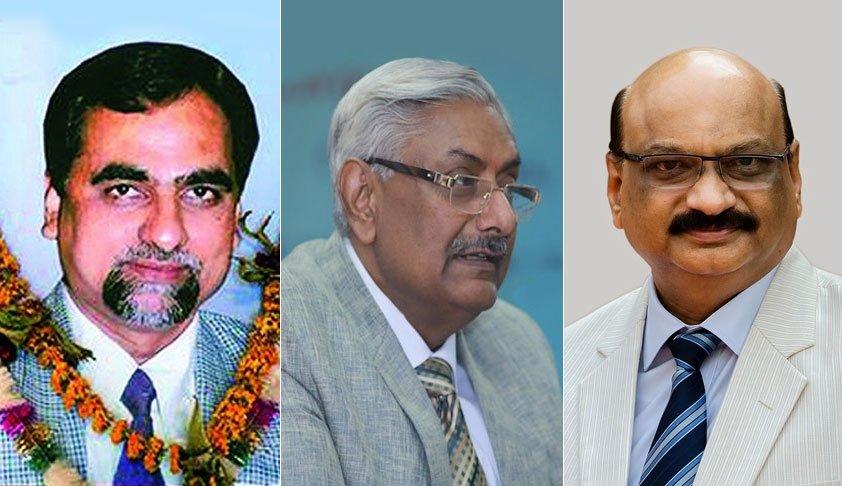 Despite the unprecedented press conference held by four sitting Judges of the Supreme Court and the uproar that followed, there is no change in the composition of the Bench hearing the petitions seeking independent probe in to Judge Loya’s Death. The two judge Bench of Justice Arun Mishra and Justice Mohan M Shantanagoudar will hear the matter tomorrow.

The Supreme Court bench of Justice Arun Mishra and Justice Mohan M Shantanagoudar on Friday, while directing the counsel for the State of Maharashtra to obtain instructions in the matter, listed for hearing the pleas seeking an independent probe into the death of CBI special judge BH Loya on Monday. But the matter was not listed before the bench since Justice Shantanagoudar was on leave. Then there was strong speculation that the matter will be listed before another bench because of the protest by four senior judges.

It may be recalled here that four sitting Judges of the Supreme Court- Justice J. Chelameswar, Justice Ranjan Gogoi, Justice M.B. Lokur and Justice Kurian Joseph- had held a press conference, asserting that the administration of the Apex Court is "not in order" and that many "things less than desirable" have been happening in the last few months. It was also revealed that they had written a letter to the CJI two months ago, airing their grievances.

One of the concerns raised in the letter pertains to assignment of matters. While acknowledging that the CJI is the master of the roster, the letter said that this is "not a recognition of any superior authority, legal or factual of the Chief Justice over his colleagues". It then stated that while there are well-settled conventions guiding the Chief Justice in the task, off late such conventions have not been strictly adhered to.

"There have been instances where case having far-reaching consequences for the Nation and the institution had been assigned by the Chief Justice of this Court selectively to the benches "of their preference" without any rationale basis for such assignment. This must be guarded against at all costs.

Justice Gogoi had indicated that one of the said cases was the matter relating to Judge Loya’s death.

The two writ petitions, seeking independent probe into the mysterious death of CBI special judge Brijgopal Harkishan Loya in 2014, when he was presiding over the Sohrabuddin fake encounter case, were filed by Maharashtra-based journalist Banduraj Sambhaji Lone and Congress leader Tehseen Poonawalla, respectively.

The 48-year-old judge – who was hearing the CBI case in which BJP chief Amit Shah was an accused but later got discharged – had died of a cardiac arrest in Nagpur, where he had gone to attend a wedding on December 1, 2014.

The pleas seeking a probe have followed two reports published in The Caravan magazine that quoted immediate members of Loya’s family, who questioned the circumstances surrounding his death. Loya, who was presiding over the CBI court in the Sohrabuddin Sheikh fake encounter case, passed away on 1 December 2014, after a heart attack while in Nagpur to attend a colleague’s daughter’s wedding.

In addition to the petitions before the apex court, 2 similar writ petitions are also pending before Bombay High Court, one by the Bombay Lawyers’ Association, and other by one Suryakant Lodge.

In response, the bench remarked, “We have heard you. Now let us hear the present petitioners. When a petition had been admitted, an opportunity of being heard has to be afforded. Let us see what happens.”

Senior Counsel Indira Jaising, in support of Dave’s prayer to not hear the present petitions, submitted, “The matter before the Bombay High Court is listed for hearing on January 23.”

The counsel for the present petitioner began to elaborate on the facts and circumstances of the case, “As per the story, Loya had succumbed to death on account of a cardiac arrest. But the post-mortem report reveals otherwise”.

At this juncture, the bench asked the counsel for the Government of Maharashtra to procure the said post-mortem report and scheduled the matter for hearing on Monday.

“Let us commence the hearing on Monday. If we deem it appropriate, we may decide not to intervene on Tuesday, Wednesday, Thursday or any of the succeeding days,” concluded the bench.