No ‘distinguished jurist’ in sight? 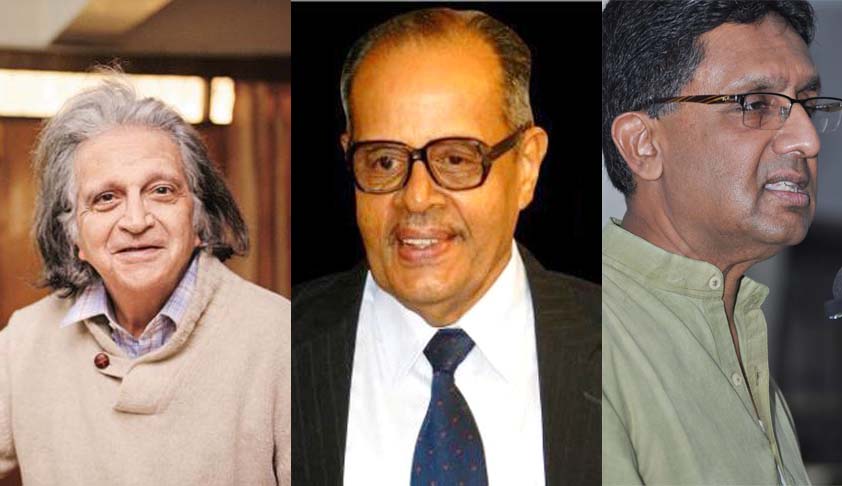 'In 67 years of Independence, the Presidents of India have been looking with a telescope and have not found any jurist worth appointing as a Supreme Court Judge! So obviously jurists don’t exist in India. Hence, I think this is a dead issue', said Prof.Upendra Baxi in an interview to Livelaw.Justice Ajay Manik Rao Khanwilkar, Justice Dhananjaya Y. Chandrachud, Justice Ashok Bhushan, and...

'In 67 years of Independence, the Presidents of India have been looking with a telescope and have not found any jurist worth appointing as a Supreme Court Judge! So obviously jurists don’t exist in India. Hence, I think this is a dead issue', said Prof.Upendra Baxi in an interview to Livelaw.

While appointments from the Bar have been rare, the option of appointing a distinguished jurist has not been explored at all.

Constituent Assembly Debates had referred to the American example where President Roosevelt appointed Felix Frankfurter, a Professor at Harvard Law School for 25 years, as an Associate Judge of the American Supreme Court in 1939. History has it that the clarity, force, and intellectual substance of Frankfurter’s opinions made him one of the most respected Supreme Court Judges.

Even among the current Judges of the American Supreme Court, Justice A.M. Kennedy, before being nominated to the Supreme Court by President Reagan in 1988, was a Professor of Constitutional law for 23 years. Justice R.B. Ginsburg, another current Associate Judge of the U.S. Supreme Court, taught for 17 years including at the Columbia Law School before becoming a Judge. Regrettably in India, 66 long years after the Constitution was adopted, both the judiciary and the executive have consistently ignored this clear constitutional mandate.

Prof. Upendra Baxi, the former Vice Chancellor of the University of Delhi, and one of India’s pre-eminent legal scholars, had once been considered for appointment as a Supreme Court Judge. He had thereafter expressed his views on the appointment of jurists as SC Judges, saying, “In 67 years of Independence, the Presidents of India have been looking with a telescope and have not found any jurist worth appointing as a Supreme Court Judge! So obviously jurists don’t exist in India. Hence, I think this is a dead issue. I had received a letter from Buffalo University when I was in Duke University saying Judge Baxi- you are invited for so and so seminar. I went there for a seminar and inquired from the professor concerned who informed me that I was a judge; he said that Justice P. N. Bhagwati said that I will be appointed as a judge in four months and hence he thought I was a judge! Many Judges such as Justice Chinnapa Reddy, Justice Desai used to call me Brother Baxi. I was a de facto judge. Our country produces academic law eg. Hindu and Islamic laws are academic law. Academic lawyers don’t have to be judges. Academic law is a distinct branch of common law and it requires due recognition. Academic lawyers produce judges. They produce non state law, the natural law on which ultimately much of the state positive law is built or rests.”

Responding to a query regarding the National Judicial Appointments Commission, Justice A.P. Shah had expressed his views on the possibility of exploring the Constitutional provision. He had remarked, “Not a single person was appointed in the past 60 years in that category. During the debates in the Constituent Assembly, they gave the example of Felix Frankfurter. He was a great professor and was taken from a university to the American Supreme Court; he was not a practising lawyer. What they really had in mind was an academic. If I look at the Indian scenario, Prof N R Madhava Menon or Prof Upendra Baxi would have been brought to the Supreme Court in that category. But that jurist can be anyone. Nariman has contributed greatly in the legal frame, he has written several books, perhaps in that sense he would know.”

Prof. N.R. Madhava Menon, Prof. Dr. Mohan Gopal, Prof. R. Venkata Rao and several others have also contributed immensely to the academia, albeit in their own fields of expertise. It has been opined, and rightly so, that their ability to theorize and conceptualize would certainly raise the bar of legal reasoning up by several notches. It is hence imperative that the focus now be shifted to appointment from all the three categories, as suggested by Article 124 of the Constitution of India. When Senior Advocate and prominent politician, Mr. Salman Khurshid was inquired about his views on the academic community being ignored in the matter of appointments under the ‘jurists’ category, Mr. Khurshid had said, “It is high time that we give our outstanding academics their due.” I think most of us duly concur.

You may read: Conversion of Law Professors into Justice: Is it a Dream or Possibility? By: Dr. Lokendra Malik