No Letters Of Recommendation To Those Who Criticized College: SLS, Pune Allegedly Tells Students 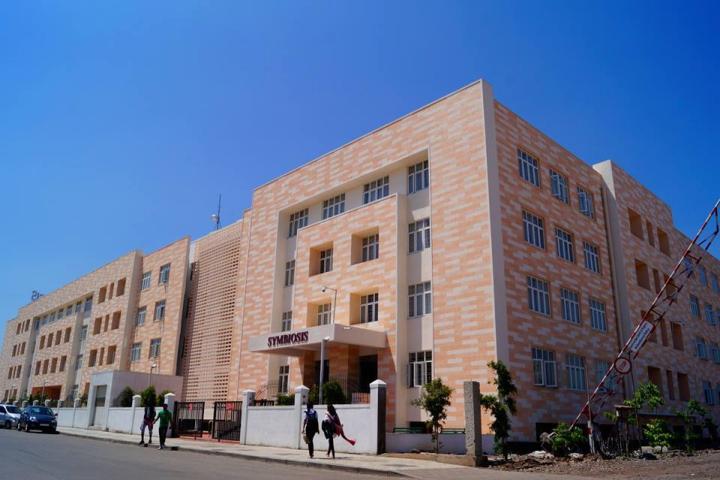 Barely a month after making headlines for evicting two students from its Hyderabad campus, Symbiosis Law School’s Pune campus has now found itself in a soup. This time, former and current students allege that the college is denying/delaying Letters of Recommendation (LoRs) to those students who had spoken up against the eviction of the two girls.Here is a recap of the events as they...

Barely a month after making headlines for evicting two students from its Hyderabad campus, Symbiosis Law School’s Pune campus has now found itself in a soup. This time, former and current students allege that the college is denying/delaying Letters of Recommendation (LoRs) to those students who had spoken up against the eviction of the two girls.

Here is a recap of the events as they unfurled.

A month ago, two girls from Symbiosis Law School, Hyderabad—Apoorva YK and Snigdha Jayakrishnan— were ousted from the college hostel. The girls had been vocal about sexual harassment complaints against a faculty member, Asst. Professor Srinivas Methuku, as well as other deficiencies that they witnessed in their college, on Facebook.

While numerous conflicting reports and rumours were doing the rounds, over 600 conscientious alumni came together to write two letters, seeking clarifications from their alma mater.

The first letter was sent to the College’s Chancellor and Vice Chancellor on 30 October, and the second to the Registrar of Symbiosis International Deemed University on 8 November. Both the letters raised concerns over the eviction of the two students, as well larger issues over handling of sexual harassment complaints by the college.

The first letter was responded to by Symbiosis International University’s registrar, Dr. MS Shejul, who stated that “the university has always acted in the interest of students”, and that action was taken against the two girls after following due procedure. The second letter has not been responded to by the college authorities, at the time of publication of this article.

Expecting the college to respond in good faith, this informal group of alumni chose to keep the exact contents of their letters confidential. However, instead of reciprocating with similar good faith, the college allegedly began denying LoRs in the weeks since then, through unofficial channels. In some instances, the LoRs are just being delayed, or requests are not being responded to, despite the fact that deadlines for applying to several colleges are fast approaching.

The “blacklist” and the circular

Most foreign universities of repute require an LoR from a professor who has taught the applicant during their time in college. Several alumni now told LiveLaw that they have not been provided with LoRs, despite following the procedure prescribed for the same on the University website. They also claim that many of them have been refused LoRs, being told orally or over text that the college cannot support students who do not do the same for it in public.

What more, students claim that according to a “new circular” (which wasn’t shared with them despite multiple requests), every faculty member who is approached for an LoR also has to run the student’s name by Ms. Bindu George, the Director’s assistant, before processing it.

So a former student is in a fix, as she had submitted a professor’s details on her online application form and cannot change the details now. However, despite repeated attempts, she hasn’t received any response on her requests for such approval from the Director, Dr. Shashikala Gurpur.

Another former student recalled that she received a scathing phone call from the Director herself, denying her an LoR. Thereafter, every professor she approached, who had initially agreed to provide her with an LoR, refused to do so.

“So my applications are due now and I don’t have academic references from college because my name is on a “blacklist”,” she said, daunted by the ordeal that she is being put through.

Another alumna is facing heaps of uncertainty, after being categorically refused an LoR, and told that other academic letters also require the Director or the Deputy Director’s permission. She is still awaiting confirmation on whether or not the said letter will be provided to her.

Similar allegations have been raised by a current student, who was allegedly told by Ms. George that he would not be given an LoR because his name was on the “list”. When inquired about this list, he was informed that he was on the list because of something that he had said against the college and its Director on a WhatsApp group.

Visibly disappointed with the turn of events, the students now asserted, “Our director is holding the vengeance on Pune campus students who have pointed out her fault during the Hyderabad campus' #MeToo episode. She has instructed all the faculty members to not issue any LoRs to any student without her consent. She has even taken away the independence of the rest of the faculty members. Freedom of speech is just preached but not practiced in this institution under her reign.”

According to a former student, applicants are now being told by the college as well as alumni that those who have withdrawn support from the two letters on email are being issued the requisite documents.

Meanwhile, several students who LiveLaw spoke to were apprehensive about even communicating their experiences through WhatsApp, owing to the repercussions that they might have to face if word got out. Therefore, veracity of these allegations aside, the sort of stifling atmosphere that currently prevails among current and former students is reprehensible and condemnable. In a democracy where the highest court hailed dissent as a “safety valve”, it is disheartening that dissent at a premier law institute in the same country is costing its students their future.

[Note: LiveLaw has emailed a questionnaire to the Director and her assistant, seeking their response to these allegations. This story will be updated as and when they respond.]