Non-Compliance By Accused To Give Footprints Can’t Be Sole Basis Of Conviction: SC [Read Judgment] 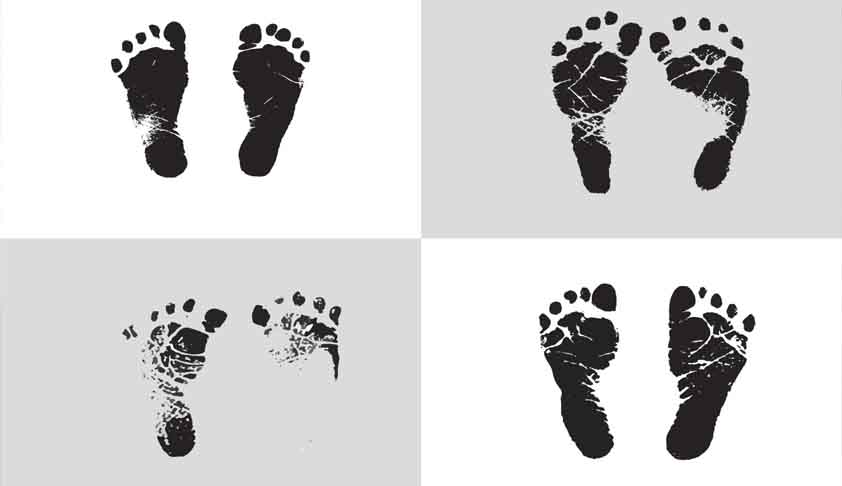 Trial court had sentenced the accused to death

The Supreme Court, in State of UP vs. Sunil, has held that non-compliance by the accused of direction of the court to give his footprints for corroboration of evidence cannot be entertained as the sole basis of conviction, though it may lead to adverse inference.

Compelling an accused to provide footprint specimen is not in violation of the protection guaranteed under Article 20 (3) of the Constitution of India, a bench comprising Justice Pinaki Chandra Ghose and Justice RF Nariman said, while dismissing appeals against the high court ordering acquittal.

The trial court had convicted the accused and sentenced him to death for murdering a lady.

The high court, while setting aside the conviction, observed: “The learned trial court was not justified to draw the adverse inference against the appellant-accused Sunil due to his refusal to give specimen palm impression and to take this circumstance into consideration against the accused to base his conviction for the murders of deceased persons.”

The high court had noted that the accused in his statement recorded under Section 313 CrPC, had given explanation as to why he had refused to give specimen impression. He, in his statement, had expressed his apprehension that the complainant had political protection and her political leaders had approached the Central Laboratory Delhi and they could adversely affect the report, if the specimen impression is sent there for examination. He had also told the court that he was ready to give his foot and fingerprint impression again on the condition that the same is sent for examination to some other laboratory.

On an appeal by the state and the complainant, the SC bench was considering the question whether compelling an accused to provide his fingerprint or footprint etc would come within the purview of Article 20(3) of the Constitution of India i.e., compelling an accused of an offence to be a “witness” against himself.

Dismissing the appeal by state and the complainant, the bench said: “It could without any hesitation be said that the basic foundation of the prosecution had crumbled down in this case by not connecting the respondent with the incident in question. And when basic foundation in criminal cases is so collapsed, the circumstantial evidence becomes inconsequential.”

The bench referred to Selvi vs. State of Karnataka and State of Bombay Vs. Kathi Kalu Oghad in the judgment.