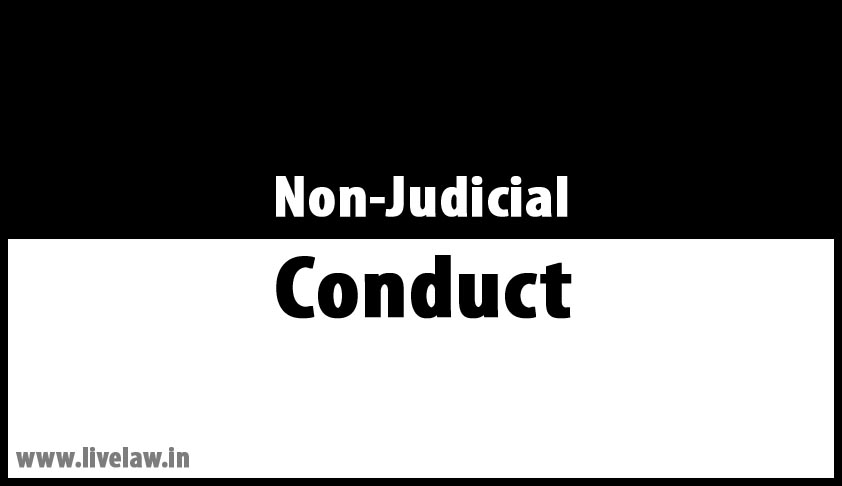 Judging the judges is an unholy activity in India. It’s not done in open, in particular by those who are living by letters of law, the reason being,  existentialism in its literal sense. That doesn’t mean judge bashing is not happening,  be it court canteens, corridors, farewell functions, regardless of time and place it continues unabatedly. The contemporaneous and commentarial...

Judging the judges is an unholy activity in India. It’s not done in open, in particular by those who are living by letters of law, the reason being,  existentialism in its literal sense. That doesn’t mean judge bashing is not happening,  be it court canteens, corridors, farewell functions, regardless of time and place it continues unabatedly. The contemporaneous and commentarial judging occurs in the back seats of sacred court room itself. Lawyers, masked by their reverential faces towards the judges sitting on the bench, miss no opportunity to do post mortem of the judge’s life, past, present and future.  Lawyers while making the most defamatory comments at the judges to the fellow brethren, could laugh spontaneously and approvingly at ‘no so witty comments’ falling from the judge.  Indeed, there are exceptional judges who are truly revered, I swear.

More than puzzles of law, who gets the ‘order’ in ‘a particular court’ is the most reverberating query among the lawyers and litigants, and it is regrettably answered with convincing reasons.  The lawyers are trained to reject unreasoned answers and statements. The judge, while he was a lawyer, was junior to the arguing lawyer’s father, is surely a valid reason to establish proximity. There are many other acceptable reasons, to list a few, being instrumental in judges elevation, chamber/office  mates in judges previous life as a lawyer, the judge worked as arguing lawyer’s  father’s junior, judges son/daughter  working or worked as junior with arguing lawyer are most common instances revealing proximity. Amongst, the retired High Court judges practicing in Supreme Court, have an edge and more envious relationship, some of them had the fortune to sit with  powerful Supreme Court judges while they were judges in the same High Court, they were brothers at one point of time. In normal circumstances, these consanguineous or prohibited relationship with judges should be forbidding factor from appearing before them, but in these changed times, the degree of ‘proximity’ is directly proportional to encashability or face value. The lawyers coming within these ‘morally and ethically prohibited relationship’ are not ashamed in appearing  in too many matters on a single day before  the same judge and nowhere else. Gaining face value is not unilateral or lawyer driven process, passive support from the judges is concomitant.

As I acknowledged earlier, not all Judges are party to this immorality and there are several who are extra vigilant in not conceding any relief to the acquainted lawyers.  Justice Markandey Katju, who used to consume precious court time to restate values to be followed by lawyers, himself was fallen to this ‘not so gracious’ conduct. Justice Katju was one of the most vocal and self proclaiming judge in recent times.  No lawyer would have had grievances against him that he favored any lawyer for granting relief at the cost of justice, but to the reasons known, lawyers struggled to engage a few

noted and designated lawyers to get a patient hearing. The monumental impatience of Justice Katju and his style of summary disposal of hundreds of Civil and Criminal appeals were so repelling, consequently many respected senior lawyers had to refuse briefs in his court.

Instances of judicial impropriety have all along been talked about discreetly in the past, it is no longer so. Since the truth being accepted as defence in contempt, open discussion is less troublesome, rather encouraging.

Justice Karnan’s infamous act of bravado is one of such instances. His misdemeanour has beaten a Bollywood script writer’s imagination. Storming his brother judge’s  court with a cinematic dialogue was unimaginable till yesterday until proved otherwise by the learned Judge.  Since he being a member of the elite 'constitutional club' who can solely be rendered jobless by one third of majoritarian wisdom of parliament, he still continues to be  dispensing  justice, an undeserving constitutional fortification for the errant.  Any act of bravado is admired in the world, but in India the brave heart is adored along the caste lines too, an extra bonus.  Justice Karnan of the Madras High Court by his non- judicial

conduct has propelled himself to the genre of greatest judges of India, though latter became greatest by finding social justice in every letter of law.  Justice Karnan by his solitary act  has become a messiah of unrepresented class on the Bench.

A contemporary instance of non-judicial conduct is reported from the High Court of Kerala.  Justice Harun Al Rashid, a sitting Judge  thought it fit to explain his conduct live on Television. Whilst acting as single Judge he had made scathing remarks against the office of the Chief Minister and members of personal staff who are allegedly corrupt.  Though, the Judge was correct in text and context, run up to the Loksabha elections the judgement created extra waves and quick counters. The youth wing of congress party took out a march to the residence of the Judge, an MLA was deployed to write to the Chief Justice of India, and on legal front, politically active Advocate General swiftly moved the Division Bench to get the impugned remarks expunged. The Division Bench just stayed only two sentences of a marathon judgement. Normally, the judge ought to have contented with the cosmetic pruning of his judgement and be happy with it.  Surprisingly, the whole of Kerala stunned by watching a sitting judge coming on live, though the occasion was a function organised by a Mediation Cell, making references to his judgement and explaining his conduct of meeting a leader opposition political party,  explaining that the meeting was for inviting for his daughter’s marriage. First time in the history of India, citizen could watch a sitting judge of the high court offering himself to step aside, and inviting CBI to investigate against himself to establish his innocence and conduct as a judge.  It was not at all necessary but the over sensitivity to the baseless allegations has brought down the judge’s esteem in eyes of the public, which is avoidable and thoroughly unwarranted.

I recall another instance of over sensitivity from Kerala High Court itself.  It is a reported judgement in a contempt matter.  Judge Ram Kumar, as  he then was,  chose to use in his judgement unique words  while referring to the condemner before him,  such as “a deadly poisonous, reptile, hissing and spitting all the venom at its prey” and “…but the respondent herein is only a worm, who does not come anywhere near those legal luminaries…”. Since the matter is  sub judice as  the appeal is pending in Supreme Court, can’t write more on this.

Even if you restrain yourself from commenting against judges, some judges are really pro active and tempting to comment upon repeatedly. In the Supreme Court, Justice Gyan Sudha Mishra's court does not follow Court time table most often. When this was reported by a  National Daily, Hon'ble judge through a poorly drafted counter, justified her conduct and directed to publish the judge’s  response forthwith in the same  newspaper as prominently as published

the news  item , of course, failing which serious consequence to follow (read contempt).  It seems, the learned Judge is  not impacted by the news item, Justice Gyan Sudha Mishra for the reasons cited in her response, continues the way she was. Interestingly, late sitting of Court, surely for valid reasons, has its own positive outcome. Recently, Chief Justice of India wanted to delete a matter from the board of a judge on being mentioned by a Senior Lawyer. According to the own words of Chief Justice " fortunately that court, till 10.45 was not functional, so the Court Master could send

Recently a letter admittedly written by Senior Counsel Mr Dushyant Dave  found freely circulating among lawyers and public, and contents of which are even reported in the media. Given the nature of allegations, the Court had only two options, either to initiate proceedings for contempt  or to conduct an enquiry into the allegations. Both are seemingly not done, another compelling and inviting circumstance for judging the judges.

P V Dinesh is a lawyer in Supreme Court, you can send in your comments at: [email protected]