Why Not an Academician to the ICJ This Time 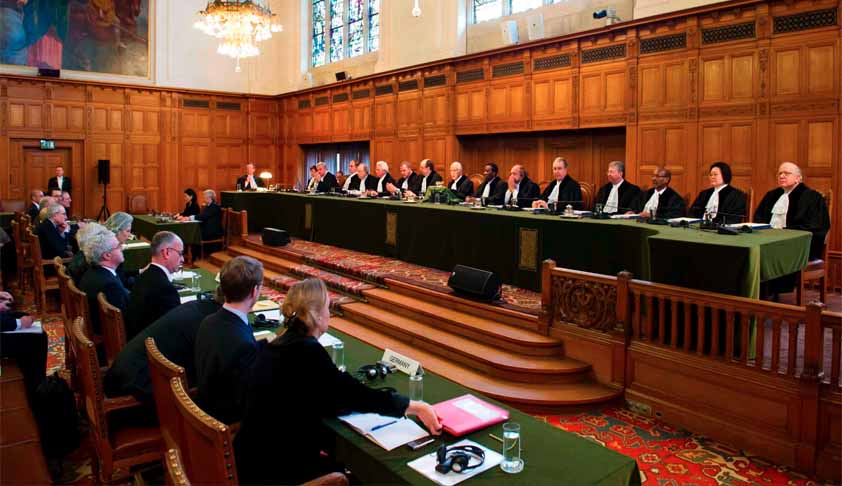 On 19 June, India has re-nominated former CJI, Justice Dalveer Bhandari as a candidate from Asia-Pacific region, for the proposed elections in respect of the seat of member in the International Court of Justice (ICJ). Notably, Justice Bhandari was elected as a member of the Court in April 2012 to fill the vacancy occurred due to the resignation of Awn Shawkat Al-Khasawneh, a sitting member...

On 19 June, India has re-nominated former CJI, Justice Dalveer Bhandari as a candidate from Asia-Pacific region, for the proposed elections in respect of the seat of member in the International Court of Justice (ICJ). Notably, Justice Bhandari was elected as a member of the Court in April 2012 to fill the vacancy occurred due to the resignation of Awn Shawkat Al-Khasawneh, a sitting member from Jordan. According to Article 13 of the Statute of the ICJ, a member of the Court is elected for a term of nine years; however, Justice Bhandari is going to serve for five years only, because a member elected to replace a sitting member shall hold office for the remainder of his predecessor’s term, as per Article 15.

Given the norm that a member of the World Court is eligible for re-election under Article 13, the options made available by the Statute to the State-parties as regards eligibility of candidates deserve consideration. A person is eligible to be elected as a member of the Court provided he fulfils the two conditions. First, he is a person of high moral character, and second, he possesses the qualifications required in his country for appointment to the highest judicial office, or is a jurisconsult of recognized competence in international law (Art. 2). The term ‘jurisconsult’ has its origin in Latin word jurisconsultus, which means a jurist or an expert on law.

So far, four Indians have adorned the seat of member of the Court; the first two (B. N. Rau and Nagendra Singh), who had been in IAS, were, arguably, regarded as jurisconsults to fit the eligibility criteria of the Statute. This is so, because before joining the ICJ, B. N. Rau had been India’s representative to the United Nations and president of the Security Council, while Nagendra Singh had been a member of International Law Commission and India’s delegate to the UN. Moreover, Nagendra singh had also authored a classic book entitled India and International Law, and he had also been invited to deliver a lecture in the Hague Academy of International Law. Such a contribution, especially that of Nagendra Singh demonstrates recognised competence in international law. However, the latter two Indians to become ICJ members were from those qualified to hold the highest judicial office: Justice R. S. Pathak and Justice Dalveer Bhandari. Justice Pathak had no background in international law, whereas Justice Bhandari has a little, being the chairperson of Delhi centre of International Law Association, and president of India International Law Foundation.

As regards the credentials of the current members of the Court, it is indeed interesting to note, that out of the fifteen members of the Court, thirteen, excepting the Indian and Jamaican members, have a considerable experience of teaching and research in the arena of international law, in addition to representing their respective countries at various international platforms. Further, twelve of the present members of the Court have authored books, and articles on variety of issues of international law and human rights, for journals of international repute. To act as a judge in the ICJ, this kind of multifarious experience and exposure of international law are indeed desirable to be able to appreciate the facts of the case and apply the relevant law, so as to impart justice. However, it does not mean that the Indian members have made erroneous judgments or faced criticism, after all we have one of the excellent and dynamic judiciary in the world, and the Government of India nominates a candidate from the best it has.

The frequent allure of the government towards former CJIs and civil servants does not in any case display that India has not produced any academician and scholar possessing recognised competence of international law. Late professors R. P. Anand, R. C. Hingorani and V. S. Mani, to name a few, have made widely recognised contribution in the field of international law. There are many other such scholars in India serving in prestigious universities. However, India has not nominated any scholar of international law as yet, for the ICJ. The ignorance of Indian academicians at the hands of the government has generated a world-wide perception that Asia is under-represented and under-participated so far as international law and international institutions are concerned (e.g. S. Chesterman, 27:4 EJIL 2016). Moreover, there is already a misconception, known as Eurocentrism, as regards the origin and development of international law and human rights are concerned. In such a state of affairs, why not give an opportunity to the Indian scholars to represent the country in ICJ; why not the membership of ICJ be made a source of inspiration for them, instead of running after UGC imposed API scores; why not annihilate the fallacy that there is lack of experts on international law in the Third World Countries? Isn’t it discouraging for Indian scholars to face ignorance and to find their counterparts from the other countries getting elected in the ICJ?

It is, therefore, high time to revisit the long-standing practice. Nomination of a candidate is definitely a political decision, but it must be made realising the gravity of the matter and considering the relevant international norms, instead of thoughtlessly adhering to the questionable past-practice formula.

Dr. Kailash Jeenger is an Assistant Professor at Department of Law ,University of Rajsthan, Jaipur.

[The opinions expressed in this article are the personal opinions of the author. The facts and opinions appearing in the article do not reflect the views of LiveLaw and LiveLaw does not assume any responsibility or liability for the same]
TagsICJ International Court of Justice Justice Dalveer Bhandari
Next Story
Similar Posts
+ View more
Law Firms
+ More