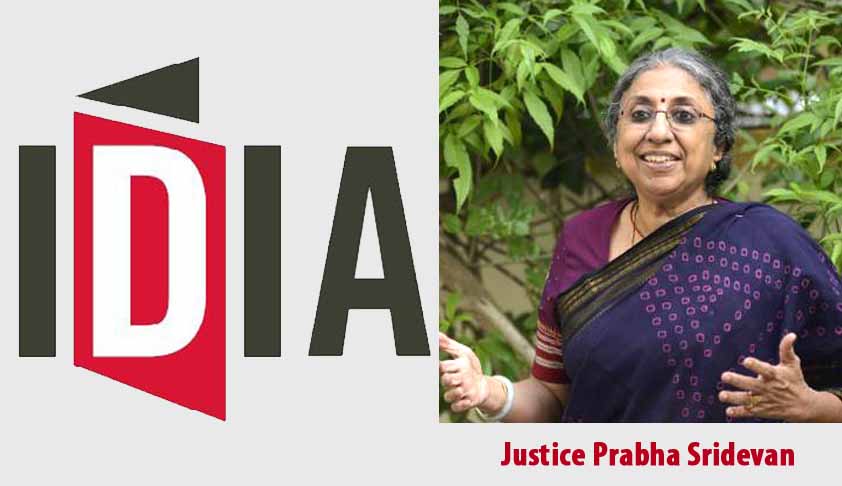 Karthika Annamalai, daughter of a stone quarry worker from Marenahalli Bande, a village near Bengaluru, is the only one to go to higher secondary school from her village. She knows Tamil and Kannada.The sought after destination of all technocrats, Bengaluru, is just a call away. But there is no toilet in Karthika’s house. For that, one has to search for a misty open space. Today, she is...

Karthika Annamalai, daughter of a stone quarry worker from Marenahalli Bande, a village near Bengaluru, is the only one to go to higher secondary school from her village. She knows Tamil and Kannada.

The sought after destination of all technocrats, Bengaluru, is just a call away. But there is no toilet in Karthika’s house. For that, one has to search for a misty open space. Today, she is getting qualification from NUJS, Kolkata. “My past cannot imprison me” – said Karthika, and proved it too.

Her horizon does not stop with that. She wants to enter politics and attain power to eradicate poverty and social injustice prevalent in the country. Her father is no more. Her mother continues to work in the stone quarry. In spite of being born in such deprived background, she has gone on to participate in international legal competitions. She has now got a job at a leading law firm in India.

Arepalli Nagababu is from Machilipatnam. The annual income of his family of five is just Rs. 36000. He has a visual disability. His dream is to become an IAS officer. He believes that studying law will help achieve his dream. He got admission in National Law University, Odisha.

Mohamed Danish Gani is from Kolkata. His father works in a shoe store with a monthly income of Rs. 3000, and supporting a family of five. Even under these circumstances, Danish had his own dreams.

Abdul Kalam, who remains for ever as the President in all our hearts, said – “You have to dream before your dreams can come true.” Danish dreams of becoming an IAS officer, and to work for uplifting the society. He says – “Law and order in our country has deteriorated, and to set it right I need to study law.” Today, he is studying law in Nirma University.

Christina Charles’ family is supported by her mother as her father’s leg had to be amputated after illness. She is not from an affluent family. Today, she is studying to become a qualified legal professional.

Though they lacked facilities, they have cleared tough entrance exams for legal studies, like CLAT and AILET. It is not easy to clear these exams. How, then, did they achieve this?

IDIA (Increasing Diversity by Increasing Access to Education) is a great idea. All thirty crore faces of our mothers do not go to schools. (Translator’s note – this references one of Bharathiar’s songs where he describes Bharatmataas (Mother India), as a mother with 30 crore faces. 30 crore was India’s population when he wrote the poem.) There are so many obstacles. People face obstacles in form of poverty, gender, disability, and oppression in society.

Is there any shortage for such obstacles in our society, our country? What if all of them are given an opportunity for education?

It occurred to Dr Shamnad Basheer, an expert on Intellectual Property rights, to find a way for providing opportunity for education to all. He named this yagna as IDIA. Let us also call that an ‘idea’.

The volunteers of IDIA go all over the country to identify and train students from deprived backgrounds desirous of pursuing legal education. Backwardness is not a result only of caste. Equal opportunities are denied due to many reasons including religion, gender, poverty, disability.

The volunteers train such candidates to write the entrance exams for legal studies. On passing the entrance exams, admission to our country’s premier law colleges is assured. But, that is just like crossing half the well, like getting the boon from God. The rest is a boon that the pujari has to give. (Translator’s note- this references a saying to the effect that having an opportunity is half the journey, which is completed with effort towards utilising the opportunity.) IDIA has plans for that too.

IDIA assists in getting grants to cover college fees and other expenses. The students selected by IDIA are not evaluated only based on academics. Their selection is based on multifarious aspects like their social responsibility, and eagerness in solving societal issues.

People like Karthika, Danish, Christina, Nagababu studied in best law colleges after being selected using such a criteria. If I face obstacles due to some factors, wouldn’t I understand the pains and needs of those in similar situations? In five years IDIA has selected 70 such students. Some have completed their legal education and others are continuing the studies.

In 1954, the US Supreme Court delivered a judgment in the case of Brown vs Board of Education. Those days there were separate schools for whites, and for blacks, like our dual tumbler systems. (Translator’s note- this references an upper caste custom followed in Tamil Nadu of keeping two tumblers at tea stalls etc.- one for Dalits and the other for the rest. Never the twain shall touch).

Whichever be the country, human psyche of ‘I am superior, you are inferior’ does not change. But the judges who have the duty to establish equality have to do their duty, and they did. This judgment elaborates on the importance of education, how educations envisions a young mind, how education helps the young minds to adapt to the society, how progress in life is denied without opportunity for education, and that the right to education should be made available to all equally.

Though this judgment was related to school education, it applies to college education too. Isn’t it a great injustice if legal education, that too the opportunity to study in National Law Universities is available to only a section of the society? Access to education is not ancestral property, it is common property.

At an event, my industrialist friend, R Seshasayee, said: ‘Education is an instrument that brings everyone to a level field.; Forty, fifty years back only a small section of the society was privileged to have educational opportunities. Only they progressed. Today, understanding the value of education, everyone is competing to study in medical colleges, engineering colleges and law colleges. This is a welcome change. These colleges and universities should maintain equality. If students coming from deprived sections of the society continue to be suppressed, the responsibility for such evil practices rests with the teachers and officials of the institutions.

“It is not enough just to get admission based on reservation; sustaining every student’s individuality, developing leadership qualities, appreciating self confidence- doing all these is our duty” – says Shamnad Basheer. People like Karthika, Nagababu, Yogendra Yadav and Ramkumar, who have benefited by IDIA, astonish us. We can meet them on IDIA’s website.

Nagababu is desirous of joining judicial service. However, there is a rule which stipulates that visually handicapped candidates cannot apply. Nagababu, who travels all alone in an unreserved train compartment, is independent of others’ support. But he cannot join the judicial service.

Last year, IDIA invited him to New Delhi for its anniversary celebrations. He delivered a wonderful speech. Our Nagababu is also dreaming. Somehow, we are not able to see all equally.

The roots of IDIA, and Shamnad Basheer’s efforts in watering the roots, are worth appreciating. Those who study law with the support of IDIA are called IDIA Scholars.

Let us wish these few multiply in hundreds, spreading the light of knowledge all over the country.

Justice Prabha Sridevan is a former Judge of Madras High Court and Former Chairman of Intellectual Property Appellate Board from 2011-2013.