To Be Or Not To Be – It Is Ultimately HER Choice And So Shall It Be! 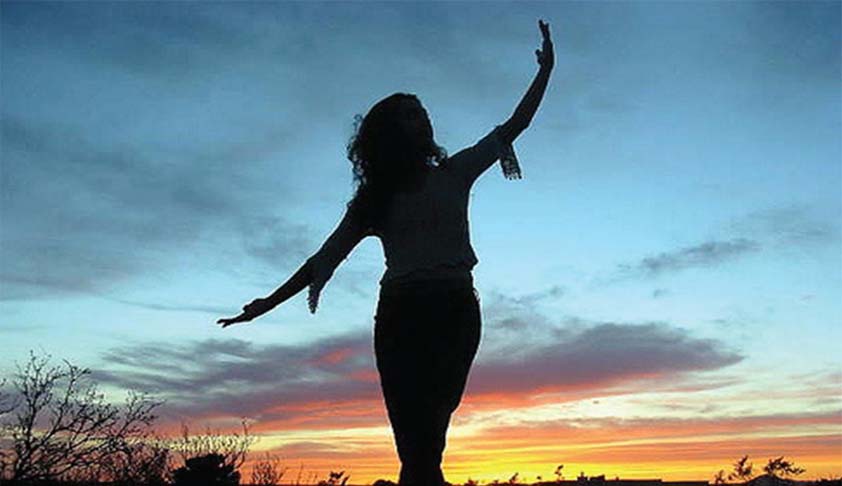 Nineteenth day of September 2016 saw twin judgments of the High Courts, one of Chennai and another of Bombay, both proclaiming the rights of the woman over her own body and choice over child bearing. Though I had seen the judgments in Live Law, did not initially give any thought to it, as it was taken as a mere known fact and a clear declaration of law as it is and as such not stimulating...

Nineteenth day of September 2016 saw twin judgments of the High Courts, one of Chennai and another of Bombay, both proclaiming the rights of the woman over her own body and choice over child bearing. Though I had seen the judgments in Live Law, did not initially give any thought to it, as it was taken as a mere known fact and a clear declaration of law as it is and as such not stimulating any interesting legal discourse.

But somehow the judgments surfaced many times in my mind, though I tried to brush it aside. The judgments were infact gnawing at the woman in me, reminding her again and again that even after 66 years of the Constitution and the glorious Article 21 enshrining right to life and personal liberty, it need to be told by the constitutional courts in our country that the woman has a right over her own body and that she does have the right to decide on whether or not to bear a child. It was in a way a realization that the matter is not really about the rights of the foetus over the rights of the woman. The Manu Smrithian taboo seemed to prevail over the woman in matters affecting her own body.

The Madras High Court decision in Marimuthu v. Inspector General of Police and others revolved around the issue of whether medical termination of pregnancy can be conducted on a girl at the instance of her parents, despite her consent and notwithstanding her dissent.The case arose out of a writ petition filed by the parents of the girl seeking mandamus to conduct abortion on their daughter, the pregnancy by then having crossed 20 weeks.

The facts of the case reveals that the girl was below 18 years when she conceived and the conception arose out of a love affair and consensual sexual intercourse with a boy almost same as her age. That is, both the boy and the girl were minors at the time of conception. However by the time the matter came up before the Court, the girl as well as the boy had crossed 18 years of age and they claimed that they had married too. The single bench pronounced that “Considering the right to life, which includes the right to beget a life and the right to dignity, the right to autonomy and bodily integrity, the foetus cannot be ordered to be aborted against the wishes of the victim girl.”

The finding is in fact a literal interpretation of Section 3(4) (b) of the Medical termination of Pregnancy Act, which states that no pregnancy shall be terminated except with the consent of the pregnant woman, in case the woman is not less than 18 years. Even though the girl was a minor at the time of conception, the relevant age for consent is of course the one at the time of abortion and not the age at the time of conception. This seems to be the only relevant legal issue in the case.

But it is strange that to make such a 'from the statute book pronouncement', the Court had gone into the validity of the marriage and did not find the marriage to be void. In this regard the Court observed that, “When the marriage itself is not shown to be a void marriage, then the request of the father to terminate the pregnancy of the daughter without the consent / concurrence of the daughter cannot be permitted.”

It is true that this case gives rise to various socio economic issues relating to the care of a child of an unwed mother, and the extent of responsibility a person has over his unmarried daughter’s child. However, when the issue is one of whether the girl can be subjected to medical termination of pregnancy without her consent, the observation by the Court on the fact of validity of marriage as a justification for discarding the plea of the father, seems contradictory to the very concept of the right to autonomy of the woman and her right to decide what to do with her body,as pronounced by the Court.

Another crucial matter that can be seen from this case is the time that lapsed in a crucial matter like this, where each day of delay amounts to advancement of gestation making it impossible the relief claimed for. The petitioners appeared before the Court on 20th August 2016, the very next day medical examination was conducted on the girl at the direction of the Court and the girl was found to be with gestation period of 21 – 22 weeks. Delay of even a day is crucial and defeat of justice, in such cases. Had the Court found the case in favour of the petitioner, would the relief had been possible on the gestation reaching 25-26 weeks as would be on the date of the judgment, 19th September 2016.

The High Court of Bombay on the same day (by sheer coincidence) pronounced a judgment on the same subject, about the rights of women prisoners to abortion. It was a suo motu public interest litigation that manifested in High Court on its own Motion v. State of Maharashtra. The matter was taken up by the High Court following the requisition made by a woman prisoner for permission to terminate her pregnancy, to the Sessions Judge who visited the prison under directions of the High Court. The learned judge raised concern at the delay of more than a month after such a requisition is made by a prisoner. And this prompted the High Court of judicature at Bombay to take up the matter suo motu as a PIL. After surveying the rules of prison regarding requisition for medical termination of pregnancy by the women prisoners, the Court found that there was some misconception that for obtaining permission for medical termination of pregnancy of a prisoner, the proposal has to be sent to a Committee, which would entail delay in the termination of pregnancy, which in turn would result in serious or unnecessary complications affecting the pregnant woman.  The Court found that the Committee which is referred to under 2(e) of the Medical Termination of Pregnancy Rules 2003 is a Committee whose job is only to approve the place where a pregnancy can be terminated. Therefore it was not necessary to refer such cases of pregnant prisoners to the Committee.

The Court observed audaciously that a woman irrespective of her marital status can be pregnant either by choice of it can be an unwanted pregnancy and that to be pregnant is a natural phenomenon for which both the man and woman are responsible. However in cases where it happens to be an unwanted one, the burden mostly falls on a woman and this would have serious repercussions having social , financial and other aspects to it. The Court held that it is mandatory on the medical practitioner to have regard to the woman’s reasonable foreseeable environment to ascertain whether the pregnancy poses an injury to her physical and mental health, based on which the practitioner shall form an opinion of necessity of termination of pregnancy.

The Court issued necessary directives ensuring that the woman prisoners are to be tested for pregnancy on being admitted into the prison and in case a woman who is found pregnant, the medical officer shall inform her that she can get the pregnancy terminated as per law. If she wishes so, she is to be sent on urgent basis to the nearest Government hospital at appropriate hours, to help her terminate her pregnancy, without the need to wait for any order of the Court if the case falls under Section 3 or Section 5 of the MTP Act.

Upholding the rights of women prisoners to abortion, the Court followed the decision of the Supreme Court in Suchita Srivastava and Anr. v. Chandigarh Administration (2009) 9 SCC 1 wherein the Supreme Court had held that a woman’s right to make reproductive choices is also a dimension of “personal liberty” under Article 21 and that this choice can be exercised to procreate as well as to abstain from procreating. The crucial consideration is that a woman’s right to privacy, dignity and bodily integrity should be respected.

And the pronouncement of the High Court of Bombay that the right of a woman regarding her body and reproduction do not wither away as she enters prison is a laudable decision indeed.

Sandhya Ram is an Asst. Professor at V.M.Salgaoacar College of Law, Goa.