All is not well with NLU Delhi PhD Admissions; Delhi HC directs to revisit the Admission Process [Read Order] 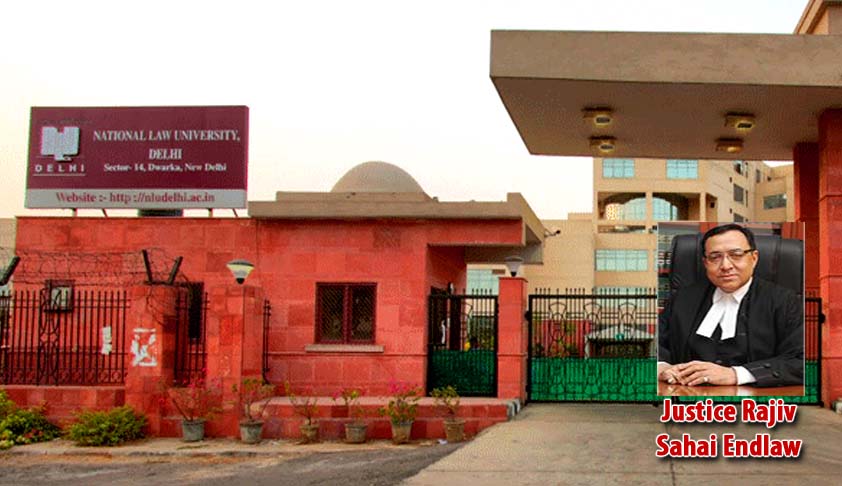 Delhi High Court Today has reproached National Law University Delhi (NLU-D) for its faulty PhD admission Procedure. Justice Rajiv Sahai Endlaw said that all does not appear to be well with the admission process of National Law University, Delhi at least qua admission to Ph.D. programme. The Court was considering a Writ Petition filed by one PhD Aspirant Amita Agarwal challenging the list of provisionally selected candidates for admission to University’s Doctor of Philosophy (Ph.D.) Programme 2012-13.

The senior counsel for NLU Delhi contended that a) the petitioner in the petition has not raised any ground of the respondent no.1 University having admitted candidates in excess of the number prescribed to be admitted; b) that only 12 candidates have been ultimately admitted; c) that the cut off percentage for the entrance test was not 50% but 40% for general category students and 30% per Scheduled Caste and Scheduled Tribe category students – attention in this regard was invited to the document dated 30th August, 2011; d) that no case of bias or prejudice to the petitioner has been established least made out.

Counsel for NLU Delhi in response to the query as to how, when the prospectus clearly provided that not more than 10 students shall be admitted in the Ph.D. programme in an academic year, could more be admitted, merely stated that the nature of the programme is such where if more candidates are found eligible, can be accommodated. However the Court found it difficult to accept. The Court said that if that were to be so, the University ought not to have in the prospectus provided that in no case more than 10 candidates will be admitted in an academic year.

“It is settled principle of law that rules of a game cannot be changed after it has begun. If it were to be held that notwithstanding a provision to that effect, the respondent no.1 University is entitled to admit students in excess or students below that number, even if otherwise found eligible for admission, the same would vest arbitrariness and discretion in the persons for the time being manning the process of admission of the respondent no.1 University and which cannot be permitted. The counsel for the petitioner during the hearing handed over copy of UGC (Minimum Standards & Procedure for Award of M.Phil. / Ph.D. Degree) Regulations, 2009 inter alia requiring number of seats for Ph.D. to be decided well in advance and notified and advertised. The respondent No.1 University appears to be in violation thereof also”

I am therefore compelled to observe that all does not appear to be well with the admission process of the respondent No.1 National Law University, Delhi at least qua admission to Ph.D. programme, unless it has been rectified since then; I was however not told so. I take this opportunity to remind the respondent No.1 University that its reputation is as good as products it produces and any dilution in competition at the stage of admission can be an obstacle in the path to achieving academic greatness, The Court added.

Though the Court dismissed the Petition the Court has directed that

“before commencing the admissions to the Ph.D. programme in the year 2016 revisit the admission criteria in terms of the observations herein above and to clearly advertise the same so that the possibility of officials of the respondent No.1 University manning the admission process granting admission to whomsoever they desire can be ruled out and admissions are strictly as per declared criteria”.