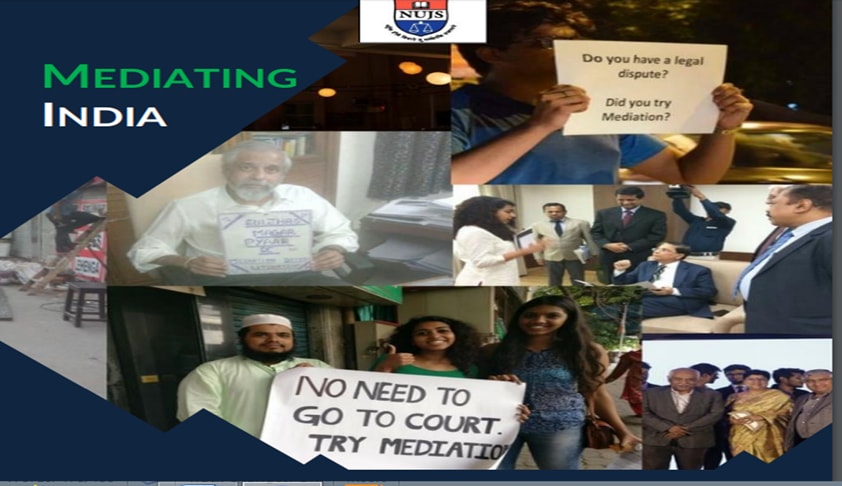 NUJS Legal Aid Society recently organised a conference in Kolkata on the theme ‘Access to Justice’, inviting ideas and proposals to alleviate the state of access to justice in West Bengal. The event was presided over by Justice Protik Prokash Banerjee, Kolkata High Court, and Rahim Shamji, founder of ADR-ODR London.

This event was a follow-up to the IMW awareness campaign, supported by the Ministry of Law and Justice, Government of India and endorsed by the Supreme Court Mediation and Conciliation Project Committee (MCPC).

The drive, which had begun in Kolkata as an awareness project to sensitise the citizenry about ‘mediation’ as a more cost- and time-effective alternative to litigation, has now become a full-fledged nationwide programme after holding of 126 such mediation drives reaching out to over 10,000 people across 10 cities. An equally popular social media campaign on the theme ‘Suljhao Magar Pyaar Se’ (Resolve amicably) followed immediately, which was joined in by Chief Justice of India Dipak Misra, former Law Minister Salman Khurshid, Supreme Court Justice Madan Lokur, and Governor of West Bengal KN Tripathi.

This event, organised on the line of finding and propagating ways to enhance access to justice for the common Indian, through popularising alternatives to litigation, witnessed participation from 48 law schools across Kolkata.

Justice Banerjee observed: “To resolve disputes, you do not always need to put on black robes and approach the court, but one can also converse with two parties in conflict and reach a solution agreeable to both, enforceable by law. This is the essenceof mediation.”

Rahim Shamji, noted, “In India, what I have noticed is all a person has in the name of solving a problem is — a hammer, and when you have a hammer in your hand, every problem is a nail, and all you can do with the hammer is to hit it as hard as you can. If litigation is the only way to resolve disputes, it only leaves the parties to fight. The mediation process is a wonderful and needed alternative. I believe in future, lawyers would not only be known as litigators but also dispute resolution experts.”

A few proposals were selected to be presented onstage in front of the eminent panelists. One student highlighted the significance of developing online arbitration models, while another emphasised on the importance of organising mobile courts that provide door-to-door legal advice while protecting people’s privacy.

At the closing ceremony of the conference, plans for a follow-up event, where the IMW has collaborated with the Indian Institute of Corporate Affairs (IICA) under Ministry of Corporate Affairs, Government of India, for nominating an independent jury to recognise the contributions of top 10 individuals in the field of mediation in India, were revealed. The mediators' award ceremony will be held in Delhi in March, 2018.

The full report of the Indian Mediation Week can be found here.